President Donald Trump weighed in on the Roseanne Barr controversy with a complaint Wednesday that he never got an apology from ABC for the ‘for the HORRIBLE statements made and said about me on ABC.’

It was uncertain which statements from the TV network Trump was referring to although he could have been referring to a story from reporter Brian Ross that the network retracted or to his March twitter war with comedian Jimmy Kimmel.

President Donald Trump weighed in on the Roseanne Barr controversy with a complaint Wednesday that he never got an apology from ABC with an apology for the ‘for the HORRIBLE statements made and said about me on ABC.’ 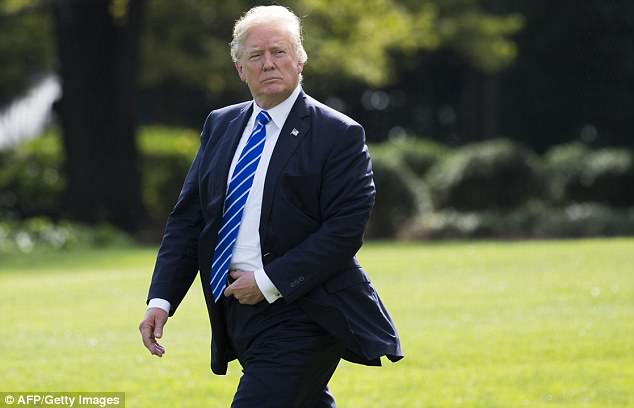 It was uncertain what statements from the TV network President Trump was referring to but it could be about a retracted Brian Ross report or his twitter war with Jimmy Kimmel. 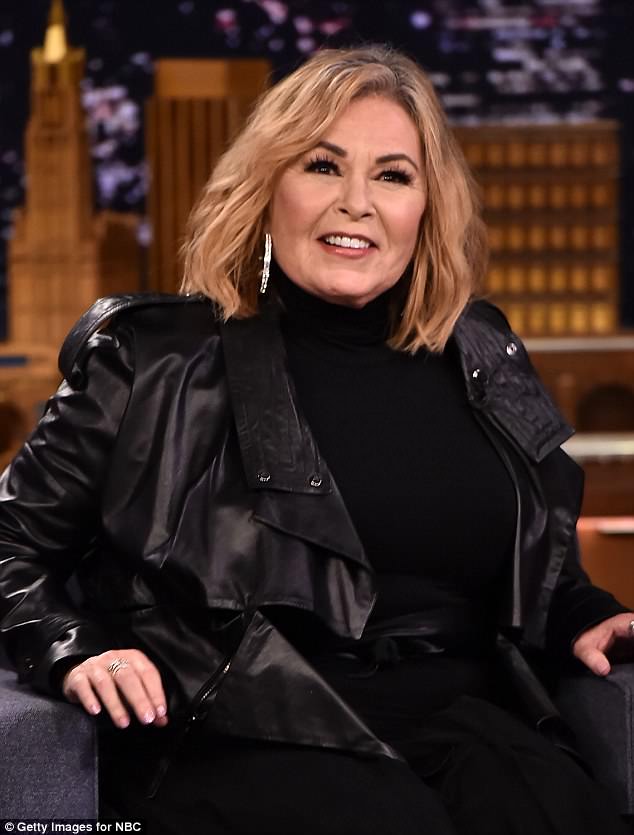 ‘We have decided to cancel her show,’ Channing Dungey, President of ABC Entertainment, announced.

Disney CEO Bob Iger also tweeted about the decision, saying: ‘There was only one thing to do here, and that was the right thing.’ Disney owns ABC Television Group.

Iger reportedly called Jarrett before the network announced the cancellation to apologize to her.

‘He wanted me to know before he made it public that he was canceling the show,’ Jarrett told MSNBC.

Trump, in his tweet Wednesday, complained he never got a call from Iger with an apology.

Iger confirmed to Vogue magazine in April that he had thought of challenging Trump in 2020 with a presidential bid but decided instead to focus on his work at Disney, which had just purchased 21st Century Fox.

‘The thought I had was coming from the patriot in me, growing up at a time when we respected our politicians not only for what they stood for but because of what they accomplished,’ Iger told the magazine. ‘I am horrified at the state of politics in America today, and I will throw stones in multiple directions. Dialogue has given way to disdain. I, maybe a bit naively, believed that there was a need for someone in high elected office to be more open-minded and willing to not only govern from the middle but to try to shame everyone else into going to the middle.’

Trump railed against the network last year after ABC News investigative reporter Brian Ross incorrectly reported that former National Security Adviser Michael Flynn would testify that Trump had instructed him to make contact with Russian officials during the presidential campaign.

Ross was suspended for four weeks without pay in December of 2017.

‘We deeply regret and apologize for the serious error we made yesterday,’ ABC News said in a statement at the time. ‘The reporting conveyed by Brian Ross during the special report had not been fully vetted through our editorial standards process.’

Trump celebrated the suspension when it happened.

‘People who lost money when the Stock Market went down 350 points based on the False and Dishonest reporting of Brian Ross of @ABC News (he has been suspended), should consider hiring a lawyer and suing ABC for the damages this bad reporting has caused – many millions of dollars!’ Trump said in a tweet at the time.

The president also has gotten into a Twitter spat with comedian Jimmy Kimmel, whose late night show appears on ABC.

In March, Trump mocked Kimmel for hosting the ‘lowest rated Oscars in HISTORY.’

‘Thanks, lowest rated President in HISTORY,’ Kimmel tweeted back.

Oscar ratings this year did hit a nine-year low after four consecutive years of decline. 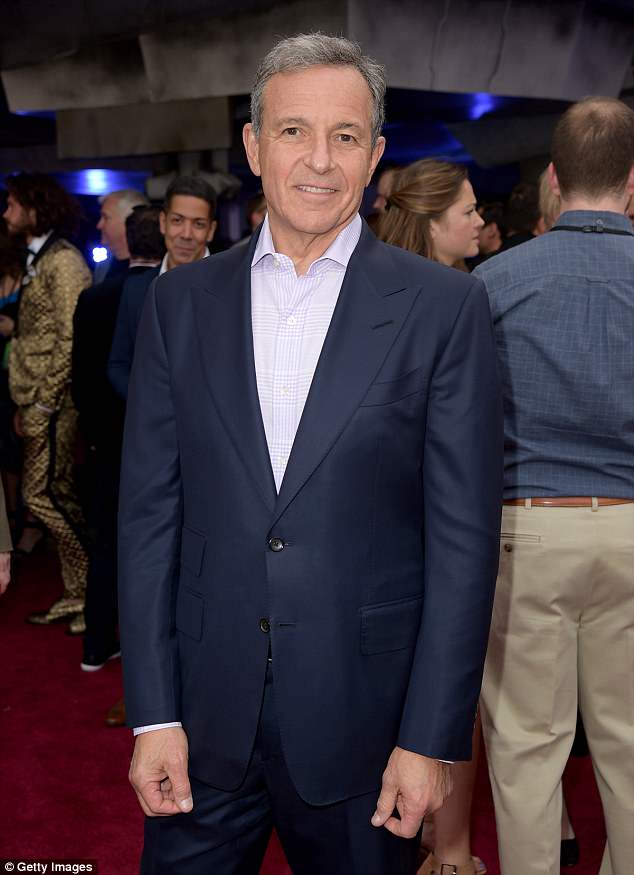 President Trump complained Disney CEO Bob Iger never called him to apologize. Iger, who had considered challenging Trump in 2020, is pictured here in early May at the premiere of ‘Solo: A Star Wars Story.’ 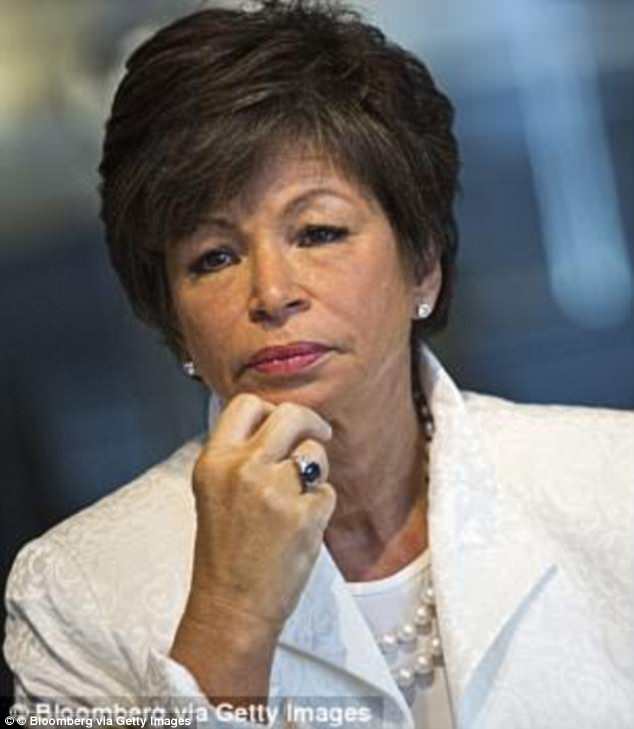 Barr’s iconic comedy show was a ratings juggernaut when it premiered on ABC to a whopping 25 million viewers in April.

ABC initially ordered 13 episodes for the second season and said the show would move away from its controversial politics and focus on family.

The president has commented on soaring ratings that Barr’s show had in the past, however, giving himself a pat on the back for the 18.2 million viewers that premiere of the reboot raked in.

‘Even look at Roseanne, I called her yesterday. Look at her ratings! Look at her ratings!’ Trump declared at an Ohio rally in March. ‘I got a call from Mark Burnett, he did The Apprentice. He’s a great guy. He said, ‘Donald, I called just to say hello and to tell you did you see Roseanne’s ratings?’ ‘

Trump says he asked Burnett, ‘ ‘How big where they?’

‘They were unbelievable. Over 18 million people. And it was about us,’ the president boasted.

Barr is a longtime Trump supporter who endorsed him in his 2016 campaign.

The show most recently came under fire for featuring an episode in which Barr’s character believes her new Muslim neighbors are terrorists.

Roseanne’s mention of the ‘Muslim brotherhood’ in her Tuesday tweet seems to be due to the long-running conspiracy theory that Jarrett is Muslim.

Jarrett, who was Obama’s senior adviser during his presidency, was born in Iran to American parents and lived in Shiraz for six years.

Shortly after Barr’s show was cancelled, talent agency ICM Partners revealed they were dropping her as a client.

‘We are all greatly distressed by the disgraceful and unacceptable tweet from Roseanne Barr this morning,’ ICM said in an internal note to employees that was obtained by the Hollywood Reporter.

‘What she wrote is antithetical to our core values, both as individuals and as an agency.’

‘Consequently, we have notified her that we will not represent her. Effective immediately, Roseanne Barr is no longer a client.’

It appears the cancellation of the show will also affect the cast’s Emmy prospects, as ABC revealed it is suspending the show’s FYC (For Your Consideration) campaign.