By By Geoff Earle, Deputy U.s. Political Editor For Dailymail.com

President Donald Trump and North Korean leader Kim Jong Un will break bread for a second time to kick off their nuclear summit in Hanoi – with a smaller entourage than their last six-course extravaganza for more than a dozen aides.

The two leaders will meet for a ‘social dinner’ on Wednesday, the White House revealed, providing one of the few set events for a summit itinerary that is either shrouded in secrecy or still being developed.

The two men ate together for the first time at a ‘working lunch’ during their Singapore summit in June, accompanied by a large assortment of aides, and a menu that featured delicacies including octopus, prawn’s cocktail, and stuffed cucumber.

On Wednesday, Trump will be joined by his secretary of state, Mike Pompeo, as well as acting chief of staff Mick Mulvaney.

Kim will reportedly be joined by general and senior advisor Kim Yung Chol, who hand-delivered a letter from Kim to Trump in advance of the summit. He will also be accompanied by another aide, rounding out the quartet. Translators will be there as well.

Before dinner, the two men will have a brief one-on-one encounter.

Trump’s other events on Wednesday will involve his Vietnamese hosts. He meets the president of Vietnam, has a photo event with the prime minister, and expanded meetings on trade. 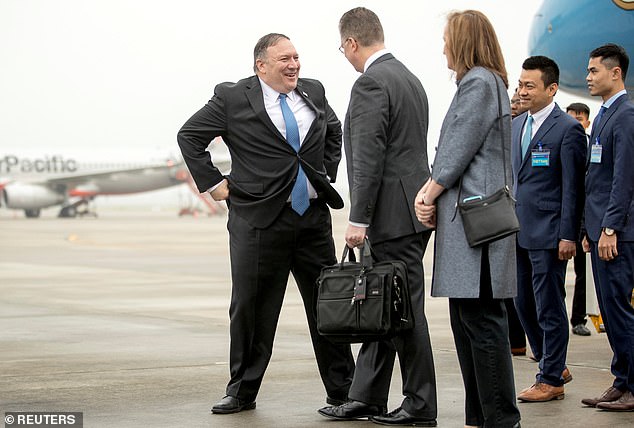 COUNT ME IN: Secretary of State Mike Pompeo will join in the meal 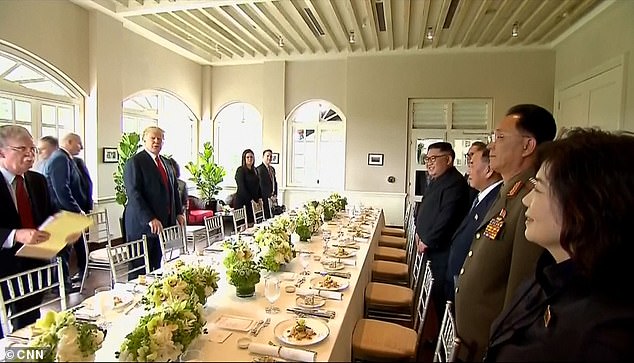 UPGRADE: In June, the leaders held a ‘working lunch.’ Now they are having a ‘social dinner’ with a more intimate group 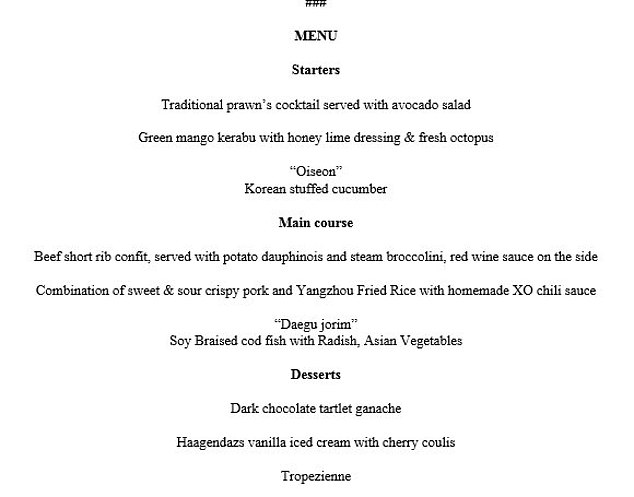 The menu in Singapore was an elaborate arrangement

There were seven participants listed on the U.S. side 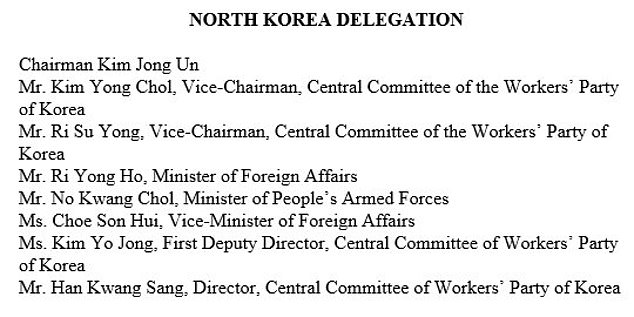 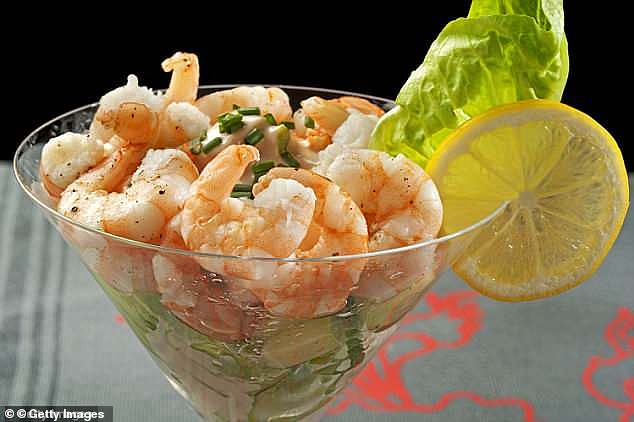 The lunch began with a prawn’s cocktail with avacado salad

In Singapore, the two delegations were served green mango kerabu, a Malaysian rice dish, with honey lime dressing & fresh octopus, a tribute to the city state hosting the event, in a menu that drew notice for its bounty, given North Korea’s experience with famine.

For a main course, the delegations were served beef short rib confit, along with potato dauphinois and steamed broccolini. Red wine sauce was served on the side.

The menu released by the White House had Korean names for some of the dishes, including ‘Daegu jorim,’ for soy Braised cod fish with Radish, Asian Vegetables.

Trump was accompanied by 11 policy aides aboard Air Force One as he headed for Hanoi.

‘Get a good picture everybody so we look nice and handsome and thin. Perfect,’ Trump told photographers and a government TV crew from Singapore at the start of the June lunch. 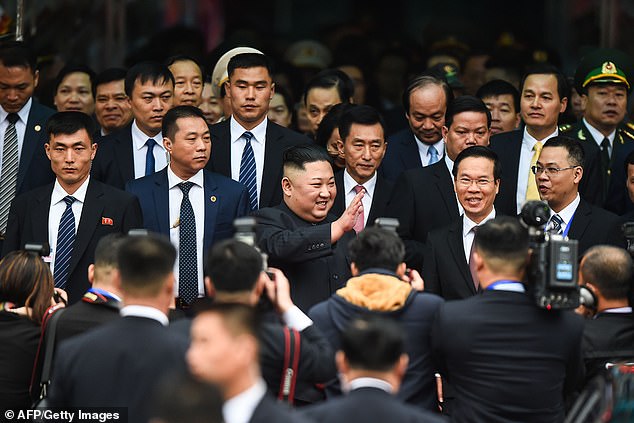 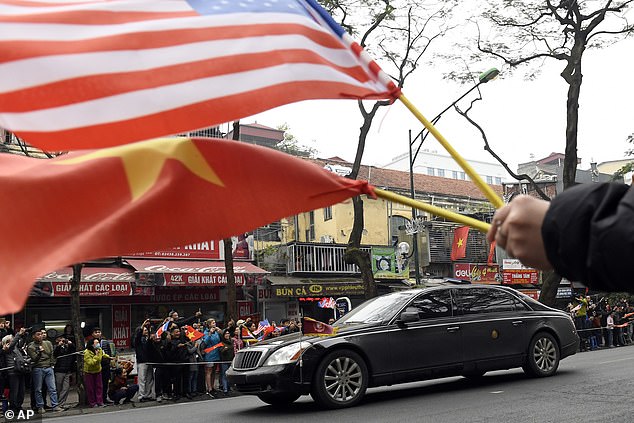 The iconic train had previously been used by Kim Jong Il before his death. It’s bulletproof and has an average speed of 37 mph