Nick Ayers, who walked away from one of the nation’s most powerful posts and leaves President Donald Trump without a chief of staff next month, was set to receive a second-look at the fortune he amassed as a consultant of up to $54 million.

Ayers’ decision to return to Georgia and tend to his three young children has disrupted Trump’s effort to find a savvy new official to pilot his disorganized White House as he faces reelection and fends off the Russia probe and congressional Democrats.

Facing a tumultuous period, Ayers told Trump he would only accept the position on an interim basis, something the president did not want, the New York Times reported.

IN THE MONEY: Chief of Staff to Vice President Pence Nick Ayers, left, who took a pass on being President Trump’s chief of staff, amassed a fortune of up to $54 million before joining the administration

However, Ayers’ finances were also set to receive additional scrutiny were he to ascend to the post.

He was able to build a fortune valued at between $12 million and $54 million, according to his financial disclosure, though consulting arrangements that sometimes allowed him to profit off of ad-buys.

According to the disclosure, Ayers, just 36, valued his consulting business as valued at between $5 million and $25 million. He disclosed ownership of Holmstead LLC worth up to $5 million, and forestry and pecan land holdings in Georgia worth a up to $11 million.

He had two separate money market accounts worth between $1 million and $5 million each.

He listed no liabilities for him and his wife.

According to the Times, one of the factors weighing on him was the potential for ‘newfound scrutiny’ of his finances.

An administration official told DailMail.com that Ayers’ finances ‘were absolutely zero factor in him not serving as Chief of Staff.’

As chief of staff to Pence and an assistant to the president, ‘he’s filed a publicly available financial disclosure of all of his resources, as well as divested from business interests as necessary at the guidance of Office of Government Ethics. His finances have always been in the public domain,’ according to the official. 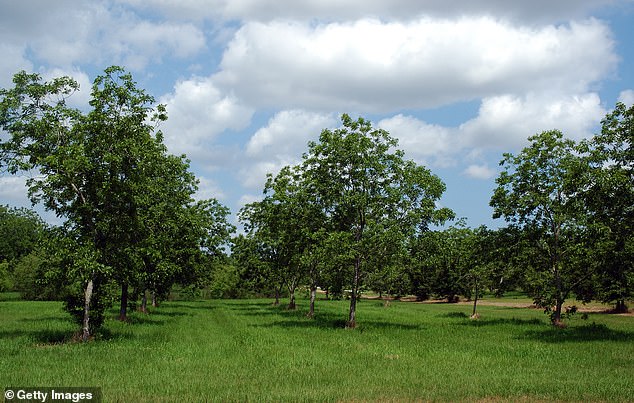 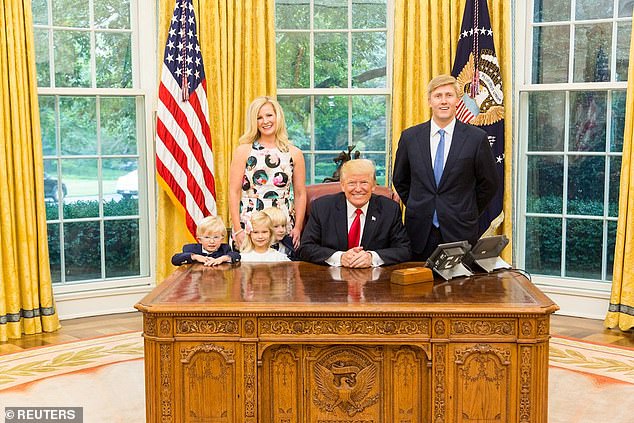 FULL-TIME JOB: Ayers reportedly only wanted to run Trump’s tumultuous White House on a short-term basis. Here Ayers is being sworn-in by Vice President Mike Pence (L), as his Chief of Staff with his wife Jamie Floyd and children in attendance, in this social media photo released by Vice President’s office in Washington, DC, U.S., on July 28, 2017 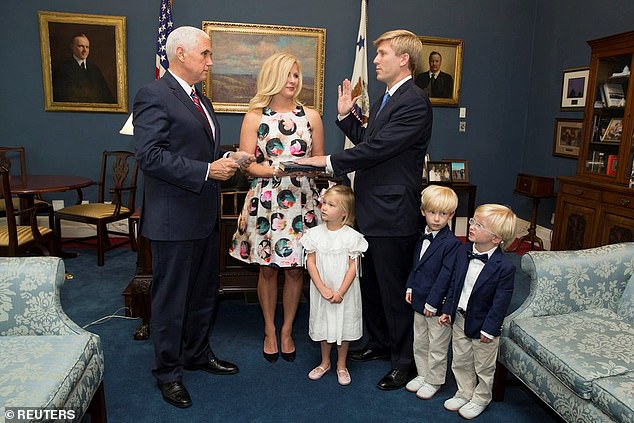 Ayers, here being sworn-in by Vice President Mike Pence (L), has three triplets of school age. He plans to return to Georgia with wife Jamie Floyd 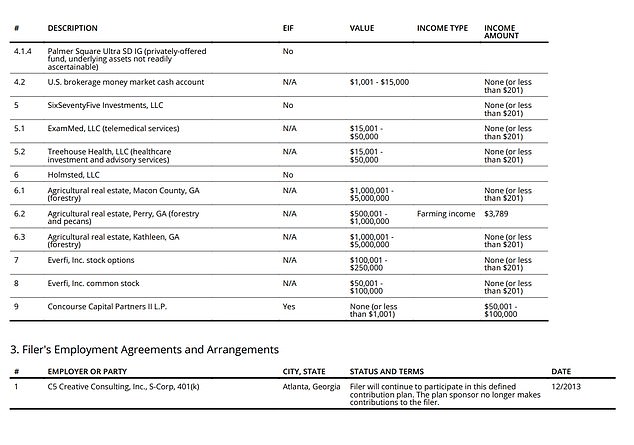 NOT PEANUTS: Ayers’ Georgia land holdings, including pecan farms, are worth up to $11 million

The group, which does not disclose it’s donors, contributed more than $4 million to PACs in 2016. According to the complaint, most of the money went to the Missouri Senate race of Eric Greitens, attacking his opponents.

Ayers’ disclosures show that he consulted both for Greitens and for Freedom Frontier. The group filed its tax returns more than a year late, and revealed that Clark Fork Group, LLC was its top independent contractor. That LLC also paid Ayers.

CNN reported that Ayers built up his fortune as a principal in Target Enterprises, an ad-buying firm where Ayers served as the media buyer for ‘nearly every’ race he worked since 2011.

This allowed Ayers to both bank a salary as a consultant and benefit from ad buys that flooded the airwaves. Although it is uncommon some consultants consider such arrangements to be unethical and some watchdogs have called it a potential conflict of interest.

‘A source familiar with the matter insisted all of the candidates Ayers has serviced were aware of the financial arrangement behind his consulting,’ according to the network.

Ayers started the firm Advance Media Capital in 2015 and was a partner at ad-buying firm Target Enterprises. His more recent political consulting was through C5 Creative Consulting.

Ayers tweeted support for Trump over the weekend, after Kelly’s departure was announced.

‘Thank you @realDonaldTrump, @VP,  and my great colleagues for the honor to serve our Nation at The White House. I will be departing at the end of the year but will work with the #MAGA team to advance the cause,’ wrote.

The Wall Street Journal reported that Ayers only wanted to accept the job on an interim basis, and Trump wanted him to agree to take it for two years. After his name had been floated prominently for weeks, he elected to return to his home state where he will help raise his school-age triplets.

Ayers ran Tim Pawlenty’s 2012 campaign for president, which collapsed despite early buzz. Ayers got his start in politics working for Georgia Gov. Sonny Perdue and ran Perdue’s reelection campaign in 2006.