Trump’s advice to himself at 25: Don’t run for president

President Trump revealed the best piece of advice he’d give his 25-year-old self when addressing a group of millennials on the White House campus Thursday.

The reason, the president said, was because of all the bad publicity he’s received since officially entering politics in 2015. 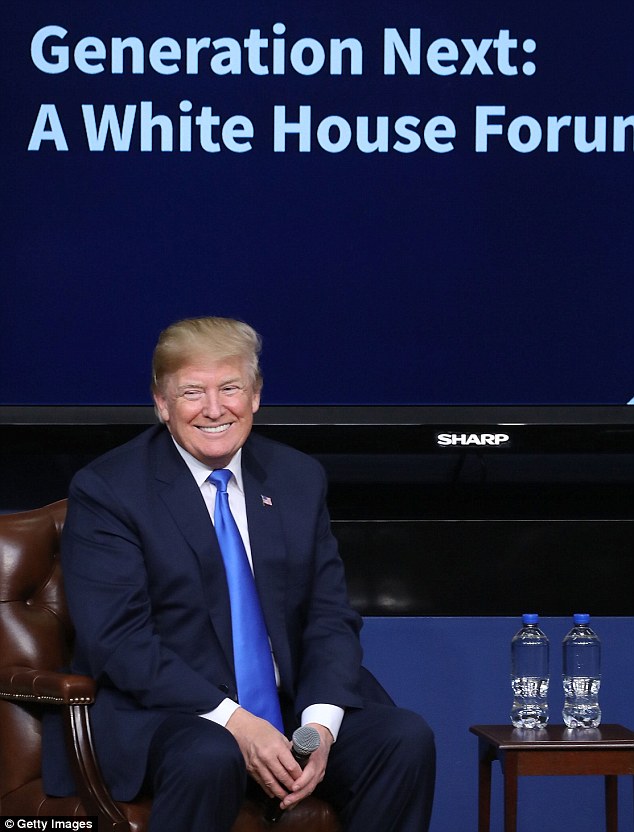 Addressing a crowd of young people on the White House campus Thursday, President Trump said the reason he’d recommend not running for president is all the bad publicity he’s received since entering politics in 2015 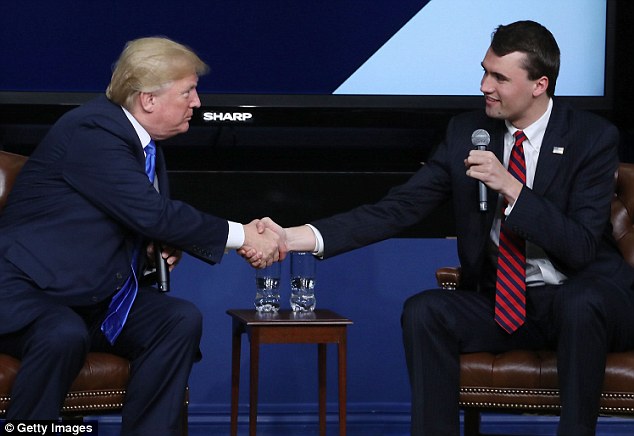 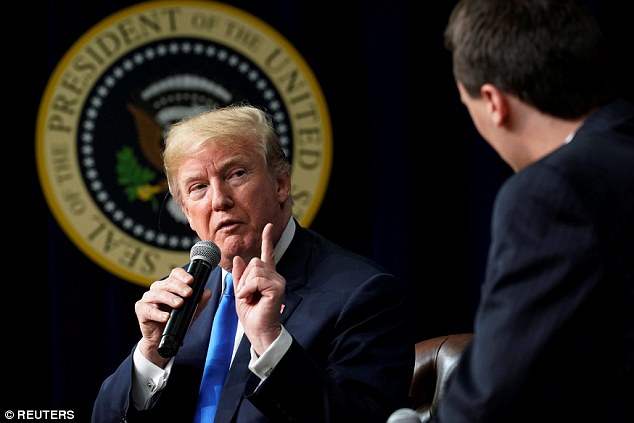 Trump told the crowd he was just talking about this topic with Press Secretary Sarah Huckabee Sanders and Director of Strategic Communications Mercedes Schlapp, pointing out the Oval Office is just across the street from the theater the event was held in, in the nearby Eisenhower Executive Office Building.

The young, mostly conservative audience, laughed at that one as well, as Trump then went on one of his trademark diatribes about ‘fake news.’

‘People get it, people really do get it. There is a lot of fake news out there,’ the president said. ‘Nobody had any idea. And, you know, I’m actually proud of the fact that I exposed it to a large extend, because we exposed it.’

‘It’s something – it’s an achievement,’ he boasted.

He’s previously given himself credit for creating the term ‘fake news.’

‘And when I say fake I don’t mean everybody – not every one of those many people back there,’ he said, acknowledging the working journalists in the room. ‘We have shown something that a lot of people didn’t really understand.’

Trump then mocked the media’s low approval ratings, while suggesting his own low approval numbers were incorrect and that he actually had widespread millennial support.

The president was being interviewed for the forum by Charlie Kirk, the founder of Turning Point USA, a conservative organization.

Kirk had asked for Trump’s advice on what young supporters, who Kirk said were being ‘ridiculed and silenced,’ could do about the problem.

The president called it ‘highly overblown,’ because he had ‘majority support.’

Looking toward the 2018 and 2020 elections, Trump talked about the enthusiasm he had seen recently when on the road in Pennsylvania and Florida, two states he won in 2016.

‘The level of love in that room was incredible,’ Trump said of a recent rally in Pittsburgh where he campaign for Republican House candidate Rick Saccone, who the president called Thursday a ‘very nice guy.’ 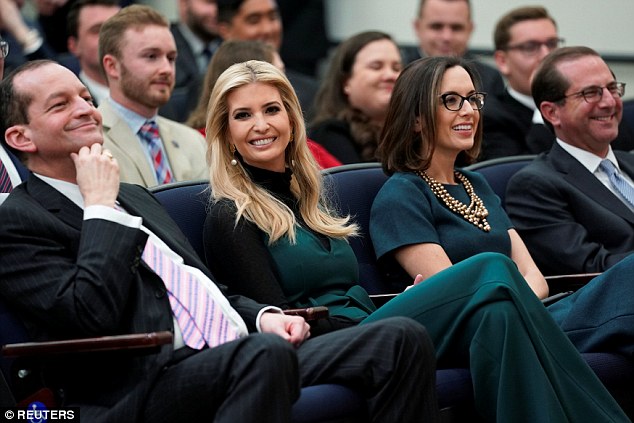 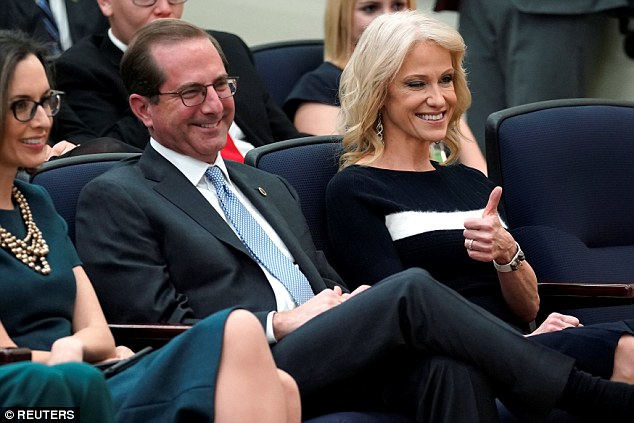 The point the president was making was that he wasn’t sure if the high-energy crowds would equal electoral success, though he told the young people he was confident in his re-election prospects.

One way to help Republicans on the ballot, Trump suggested, was enacting ‘phase two’ of the GOP tax cut.

‘Because it worked so well,’ he said of the first tax package, which was passed by Congress in December. ‘The word crumbs is going to be like the world deplorable for Hillary,’ he added.

House Minority Leader Nancy Pelosi – who could become speaker again if Republicans lose the House in November – had called the Republican tax cuts ‘crumbs’ because the bulk of the savings went to corporations.

And for a quick minute, Trump couldn’t resist lashing out at Clinton again.

‘She actually said deplorable and irredeemable,’ Trump said, recalling a comment the Democratic nominee had made about his supporters in 2016. ‘Irredeemable is probably worse,’ he noted.

‘Well, the one she did last week wasn’t too good either,’ Trump said, referencing comments Clinton made on a trip to India.

‘The woman goes and asks the husband, the son and the male boss for approval to vote for Trump,’ Trump said. ‘That was not too good.’

‘She found a way to insult both men and women,’ the millennial conservative activist said.