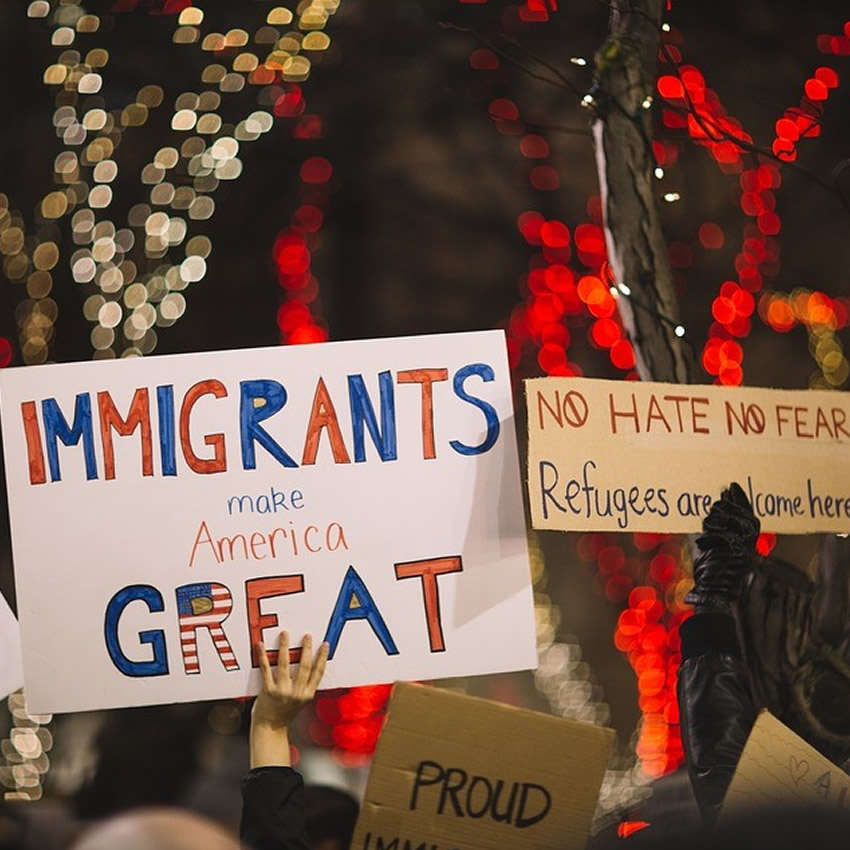 Komorebi Post-On Friday, February 15th, President Donald Trump declared a national emergency to extort funding for his asinine border wall between the United States and Mexico. Straight from the pages of the despot’s playbook, Trump has manufactured a crisis, despite evidence to the contrary, to overreach his presidential authority. In ramblings akin to those of a coked-out lunatic, Trump declares a national emergency to spread fear. To spread hate. To spread divisive, exclusionary sentiments. All to use the challenge this declaration will face in the courts to fuel a campaign on these three premises in an attempt to secure reelection. To put it plainly: Trump is an aspiring autocrat. He holds no respect for democracy, the democratic process, or basic human rights.

So, You’ve Declared a National Emergency: What to do now?

If you’re Donald Trump, your first instinct would to see asylum in a safe welcoming place. For him, this safe space is golfing at Mar-A-Lago. This, together with his false figures, speaks volumes to this artificial crisis along the United States southern border. The President himself, amidst his nonsensical ravings Friday, even stated that he did not have to declare an emergency. Instead he is attempting to expedite the process. This is not, by definition, an emergency. An emergency of national proportions is urgent. It is of such great import, the president would not, and should not, have time to indulge in luxurious leisurely activities immediately after the declaration. The real national emergency the United States faces is the unfit, unhinged presidency of Donald Trump. He is the enemy of American freedom. He is the enemy of social justice both at home and abroad. He is the real enemy of the people.

Trump doubled down on his criticism of the southern border before the midterms in 2018. In attempted to mislead the American people, this so-called president took to twitter and the media to drum up fear over a migrant caravan slowly moving towards the U.S. border. Trump claimed these people were invaders, seeking only to infiltrate the country to sow chaos and crime. They were, in fact, primarily asylum seekers fleeing violence and poverty. Traveling in such large numbers is a safety measure. Then, Trump used these numbers to incite fear. Now, he continues to do the same; citing drugs are pouring over the border and a wall is the only way to stop them. This claim is also false.  USA Today reports, “According to U.S. Customs and Border Protection statistics, 90 percent of heroin seized along the border, 88 percent of cocaine, 87 percent of methamphetamine, and 80 percent of fentanyl in the first 11 months of the 2018 fiscal year was caught trying to be smuggled in at legal crossing points.” Perhaps the president should spend less time working on his golf swing and more time on reading findings from the government he claims to serve.

What Does This Mean for Social Justice?

In the time that Donald Trump has been president, hate crimes are on the rise. Citing a recent study on hate crimes in the US, the NAACP states, “According to new data ‘hate crime totals for the 10 largest cities rose for four straight years to the highest level in a decade.’ The NAACP believes there is a direct relationship between the rise in hate crimes exemplified by the continual #LivingWhileBlack incidents and other reported crimes and President Donald J. Trump’s xenophobic rhetoric and racist policies.” Trump breeds hate. He nurtures it. And then he sets it loose among the people. His strategy, a classic play by aspiring autocrats, is to feed into the human fear of “the other”. Select a scape-goat, often times an ethic group or racial minority, and indirectly inspire your loyal followers to combat the threat. The hate and division created by this border wall will only serve to stoke those flames of those fears. The words and actions of Donald Trump are tainted with the insidious poison of delusion. Delusions that could give birth to actions. Crimes against fellow human beings. Across the nation, people of color have been harassed by Trump supporters. It is safe to guess that more will occur in the future.

Love is the Only Path Forward

With the president exponentially going further off the proverbial rails, it is only natural to fear for the future of this nation. However, we the American people cannot lose hope. We cannot forget how to love our fellow humans. Though the president attempts to show them as rapacious drug smugglers, we ought to remember his claims are false and have little to no basis in any facts. He is a liar. He is a fraud. We the people are the voice of this nation and we the people ought to respond with resounding affection for others. For freedom. For democracy. For justice. Let our love carry the message of hope. Let our love inspire our actions at the polls. Let our love put an end to Trump’s embarrassing presidential term in 2020. Our love is our path forward.