A few of President Donald Trump’s billionaire pals had their eyes on Hope Hicks, a new book has revealed.

‘Trump has told friends that billionaires are constantly asking him to fix them up with Hicks, who was consumed by her work as communications director and until recently was never seen with a date,’ according to Ronald Kessler’s book.

The Trump White House: Changing the Rules of the Game, which hits shelves on April 3, claims that Trump ‘refused’ to pair Hicks with any of his friends, according to Page Six. 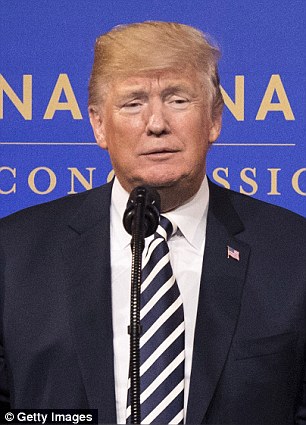 A few of President Donald Trump’s billionaire pals had their eyes on former White House communications director, Hope Hicks, according to a new book. But Trump ‘refused’ to hook them up.

Porter resigned from his post after DailyMail.com revealed that he had been accused of physically abusing his two ex-wives in early February, a claim that the administration tried to initially deny.

That was on February 7, and since that time there have been five additional members of Trump’s administration have left their posts, including Hicks.

In February 28, Hicks put in her notice that she would be leaving the White House. 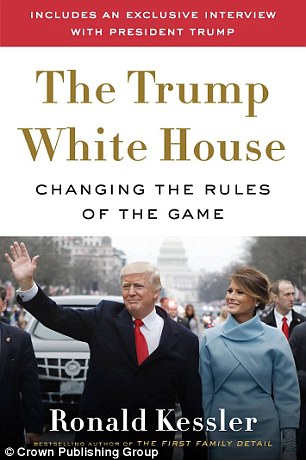 The Trump White House: Changing the Rules of the Game (pictured), which hits shelves on April 3, claims that Trump ‘refused’ to pair Hicks with any of his friends

Before she resigned, Hicks admitted to telling ‘white lies’ on behalf of Trump during the closed-door testimony in front of the House Intelligence Committee.

Hicks refused to answer most questions pertaining to her work in the Trump Administration, according to members of the House Intelligence Committee.

But she did acknowledge that she has occasionally told a white lie for the president.

However she insisted that she has always told the truth on matters related to the Russia probe, the New York Times reported.

Economic adviser Gary Cohn was the next to go on March 6, and on March 12 Trump’s personal aide John McEntee was escorted out of the White House by security.

That second firing was a result of the first, after reports emerged that Goldstein was let go for contradicting the administration’s version of events as it pertained to Tillerson’s exit.