President Trump’s first homeland security adviser says he is ‘deeply disturbed’ and ‘frustrated’ by the scandal engulfing his former boss who had a ‘bad week’ after Democrats launched an official impeachment inquiry over the Ukraine scandal.

Tom Bossert, who spent a year as Trump’s adviser on homeland security and counterterrorism, told ABC News that the impeachment inquiry is an ‘entire mess’.

‘You and I lived through the impeachment of President [Bill] Clinton and saw how frustrating and dividing it could be and I just spend the week overseas and I’ll tell you, the whole world is watching,’ Bossert told This Week host George Stephanopoulos.

Stephanopoulos was an aide to then-President Bill Clinton, the last president to be impeached.

Tom Bossert, who was President Trump’s first homeland security adviser, told ABC News on Sunday that he was ‘deeply disturbed’ and ‘frustrated’ by the ongoing scandal involving his ex-boss and Ukraine

‘You saw how frustrating and dividing it could be,’ Bossert said.

Bossert said while he doesn’t believe Trump should be impeached, the allegations against the president, who is said to have pressured Ukraine to investigate Joe Biden and his son, Hunter, are serious.

‘That said, it is a bad day and a bad week for this president and this country – if he is asking for political dirt on an opponent,’ he said.

‘But it looks to me that the other matter, that’s far from proven, was whether he was doing anything to abuse his power and withhold aid, in order to solicit such a thing.’

Bossert added: ‘That seems, I think, far from proven and it’s going to be the focus – I think – of our Congress for the next year.’

During his appearance on ABC News, Bossert slammed Trump’s personal lawyer, Rudy Giuliani, for promoting the conspiracy theory which stated that Russia was framed by Ukraine to make it look like it was responsible for hacking the Democratic National Committee’s emails.

The so-called ‘CrowdStrike theory’ – named after CrowdStrike, the cybersecurity company that investigated the hacks of the DNC that took place in the run-up to the 2016 presidential elections – was mentioned in a phone call by Trump to his Ukrainian counterpart, Volodymyr Zelensky. 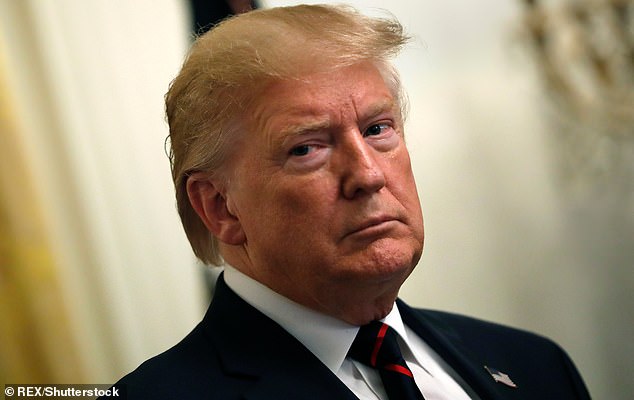 Trump is alleged to have pressured Ukraine’s leader to investigate Joe Biden and his son, Hunter

Bossert says he repeatedly told Trump that there was no truth to the conspiracy theory, and that the U.S. intelligence community was unanimous in concluding that Russia was behind the hacks.

‘It’s not only a conspiracy theory,’ Bossert says. ‘It is completely debunked.’

Bossert said Giuliani is doing Trump a disservice by continuing to spread the rumor.

‘I don’t want to be glib about this matter but last year, retired former Senator Judd Gregg wrote in The Hill magazine Five Ways or Three Ways to Impeach Oneself and the third way was to hire Rudy Giuliani,’ he said.

‘At this point, I am deeply frustrated with what he and legal team are doing in repeating that debunked theory to the president.

‘It sticks in his mind when he hears it over and over again.

‘And for clarity here, George, let me just repeat here, again, that it has no validity.’

Bossert added: ‘The United States government reached its conclusion on attributing to Russia the DNC hack in 2016 before it even communicated it to the FBI.

‘And long before the FBI ever knocked on the door at the DNC. 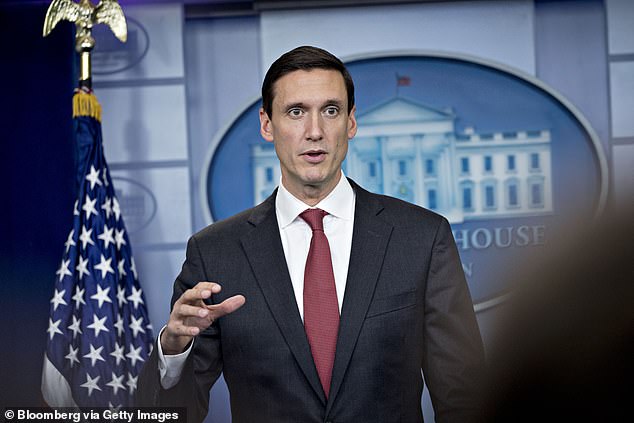 ‘So a server inside the DNC was not relevant to our determination to the attribution. It was made up front and beforehand.

‘And so while servers can be important in some of the investigations that followed, it has nothing to do with the U.S. government attribution for the DNC hack.’

Giuliani, who appeared on the same program as Bossert, later said: ‘Tom Bossert doesn’t know what he’s talking about.’

In a July phone call with Zelensky, Trump raised the issue of a possible investigation by Ukraine into Joe Biden.

Observers interpreted this to mean that Trump was using military aid to Ukraine as leverage in order to get Zelensky to launch a probe into his political rival.

But Bossert disagrees, saying: ‘I didn’t see, like others have seen, pressure in this call.

‘I understand why people are interpreting it that way, [but] I’ve spent a lot of time with this president, and I can easily see other reasons for why this president might have delayed aide to Ukraine and those Javelin missiles.

‘As you know President [Barack] Obama considered this deeply and decided not to provide lethal military support.

‘President Trump and I and others spent quite a bit of time talking about this.

‘In fact, in the call itself – although there are a lot of reasons he alludes to – one that is quintessential Donald Trump.’ 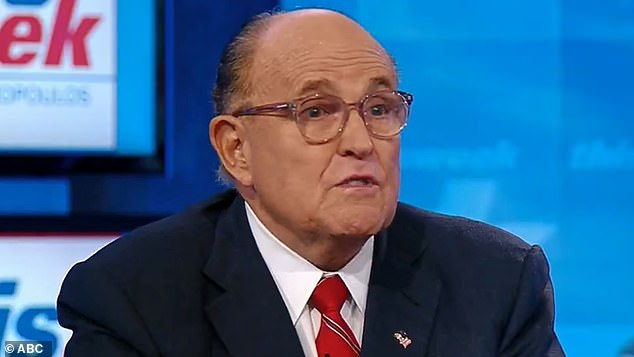 Bossert slammed Trump’s personal attorney, Rudy Giuliani (above), for repeating a conspiracy theory which claims that Russia was framed by Ukraine to make it look like it was responsible for hacking the Democratic National Committee’s emails during the 2016 campaign

Bossert says Trump was angry with German Chancellor Angela Merkel for ‘doing nothing to help Ukraine.’

The former adviser believes Trump still nurses a grudge over the Mueller investigation, which looked into alleged collusion between the president’s campaign and Russia.

Special Counsel Robert Mueller’s report said there was not enough evidence to establish a conspiracy between Trump and the Russian government, though it did not exonerate the president of obstruction of justice.

‘I honestly believe this president has not gotten his pound of flesh yet from past grievances on the 2016 investigation,’ Bossert said.

‘I believe he and his legal team are continuing to focus on everything they can in their belief – understandably in this case – that the president was wrongly accused of colluding with Russia the first time around.

‘But George, if he continues to focus on that white whale, it’s going to bring him down.’