Trumps get ready for Christmas in Mar-a-Lago

After decamping en-masse to Mar-a-Lago to settle in for the holidays, President Trump’s children spent Christmas Eve with their own broods on Sunday.

For Lara and Eric, it is their first holiday season as parents.

The pair, who welcomed baby Luke in September, were low-key and cosied up with the infant and one of their dogs.

Lara, 35, treated fans to a glimpse of their day on Instagram.

She shared a photograph of little Luke bundled up next to their pet dog, dressed festively in some Christmas joggers and a slogan t-shirt.

Ready for santa: Lara Trump shared this photograph of her son Luke on Christmas Eve

The pooch mimicked his belly-up pose.

New mother and animal lover Lara gushed over the sweet scene, writing: ‘These two’ with a handful of heart emojis and the hashtag ‘brothers’.

It was a decidedly less serene Christmas Eve for Donald Trump Jr.’s brood.

First, the father-of-five took his six-year-old son Tristan for a workout. They posed up for a selfie at a Cross Fit El Cid in West Palm Beach.

‘Great workout with my man Tristan today,’ cheered Don. Jr. as he shared the photograph with followers.

Later, he treated Chloe, his youngest, to a 7-Eleven Slurpee.

There has been no sign of Ivanka Trump or her husband Jared Kushner with their three children. 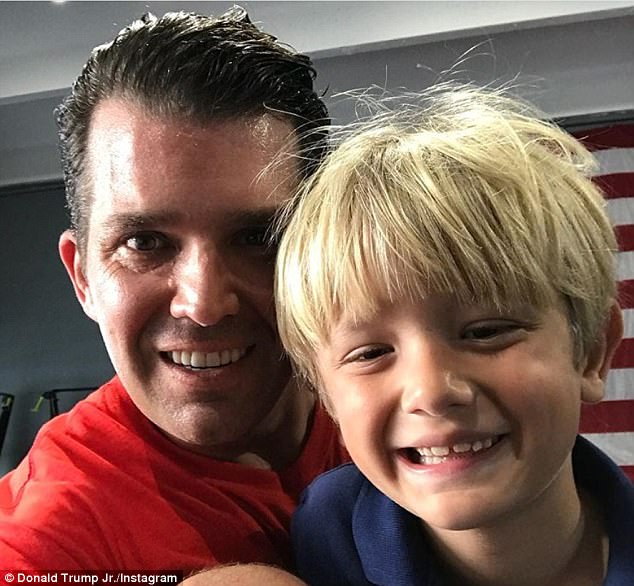 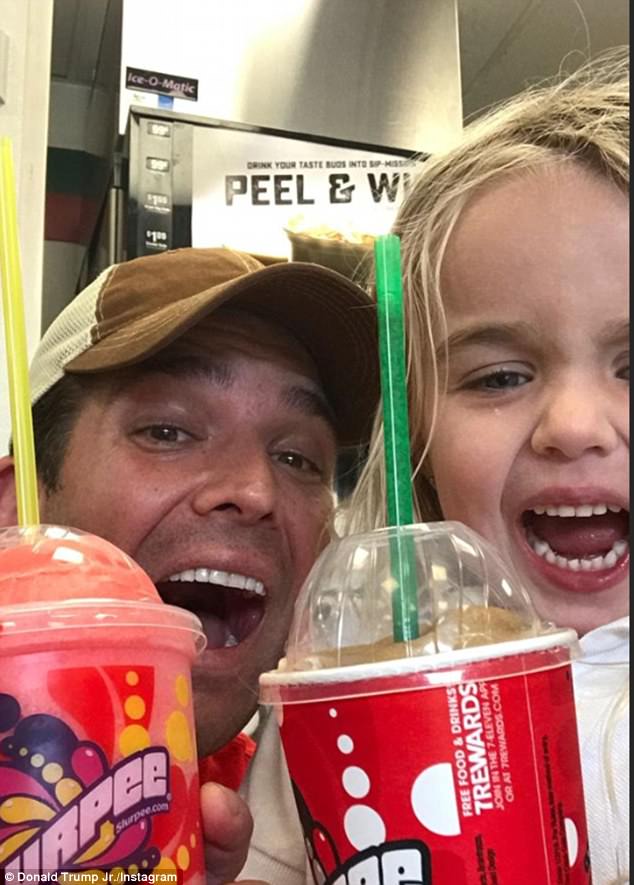 Don. Jr. then took his three-year-old daughter Chloe for a slurpee at a local 7-Eleven 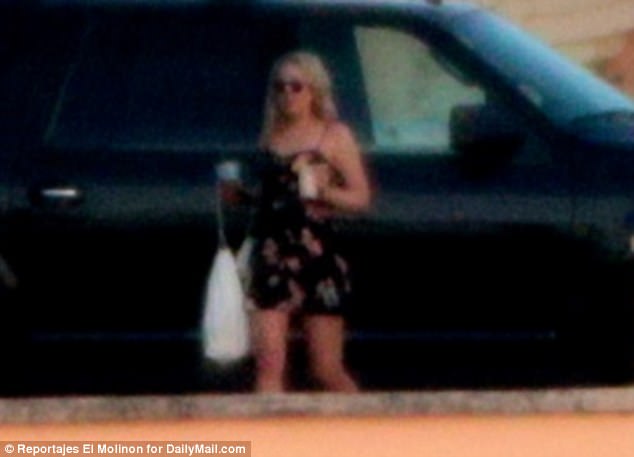 Tiffany Trump, the president’s youngest daughter and his only child with his second wife Marla Maples, is in Mar-a-Lago with the rest of the family.

She was spotted on the grounds of the home in a thigh-skimming romper earlier this week.

While President Trump used his Sunday to have a video chat with troops overseas, Melania followed the time honored First Lady tradition of tracking santa on the Norad map.

Just as Michelle Obama did before her, she announced her excitement on Twitter. 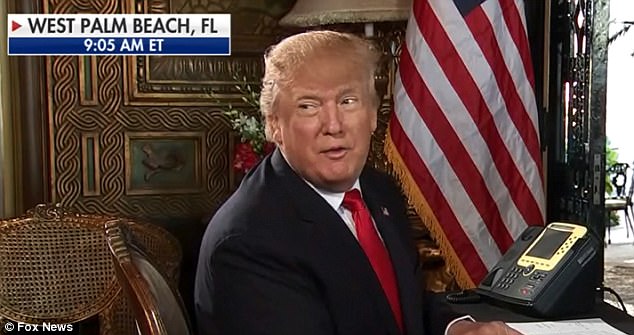 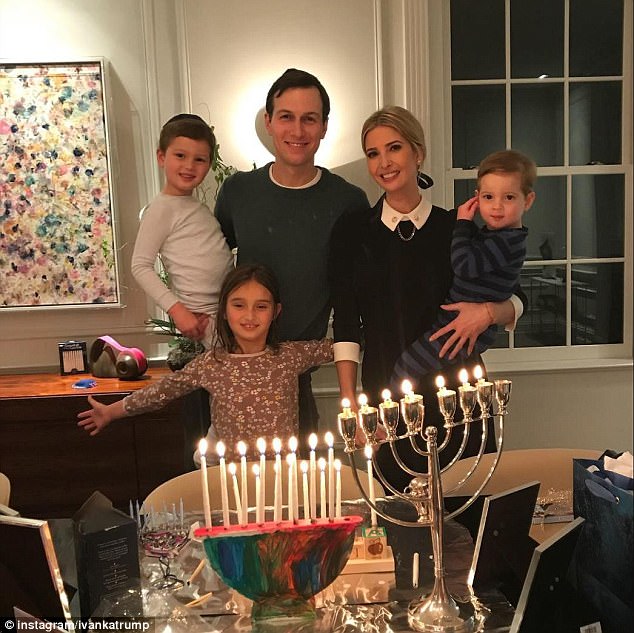 Only missing one: Ivanka and Jared Kushner have not been seen at Mar-a-Lago. They are pictured with their children last week celebrated Hanukkah