President Donald Trump took a longer route than usual to get back to his Palm Beach, Florida resort after spending the afternoon golfing and ignoring the hundreds of marches taking place across the globe to end gun violence.

Earlier on Saturday, the  president’s motorcade was seen heading towards his International Golf Club in West Palm Beach but in the afternoon the motorcade took another, less-direct route back to his weekend home at Mar-a-Lago.

The sudden route change came as more than 2,000 teens and adults protested in Palm Beach. According to the Sun Sentinel, the marchers gathered at Dreher Park Saturday afternoon before heading east towards Mar-a-Lago.

Trump, however, took another route back to Mar-a-Lago to avoid driving by a park in Palm Beach where thousands of protestors had gathered 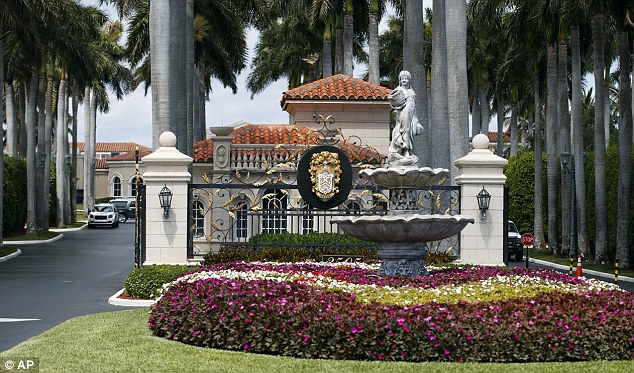 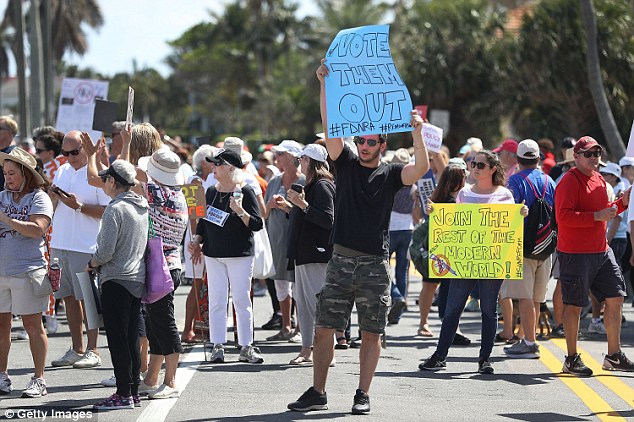 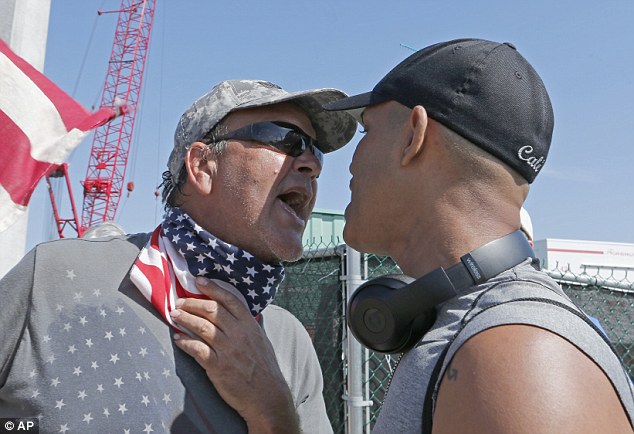 Protestors stayed in the area for half-hour holding up signs and chanting. They then headed back to Dreher Park.

The outlet reports that Trump’s typical route from his golf club back to Mar-a-Lago goes directly past Dreher Park, which means if the president had stuck with his usual way home he would have driven past the thousands of demonstrators in Palm Beach.

The White House has not said why the president avoided the area.

Trump, who usually uses Saturday mornings to make statements or outlandish remarks on issues that might be on his mind, has remained silent on the March For Our Lives events.

‘Keeping our children safe is a top priority of the President, which is why he urged Congress to pass the Fix NICS and STOP School Violence Acts, and signed them into law,’ she added.

‘Obama Administration legalized bump stocks. BAD IDEA. As I promised, today the Department of Justice will issue the rule banning BUMP STOCKS with a mandated comment period. We will BAN all devices that turn legal weapons into illegal machine guns,’ he wrote in a tweet. 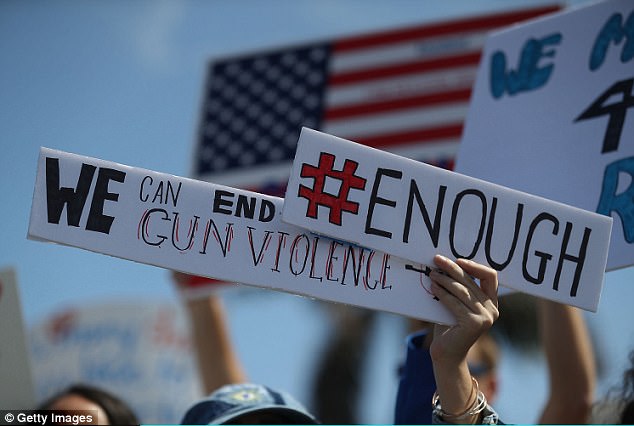 More than 2,000 people were in West Palm Beach protesting at the March For Our Lives rally 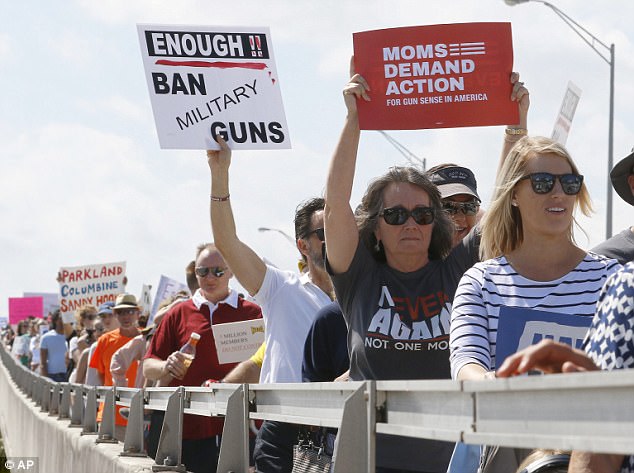 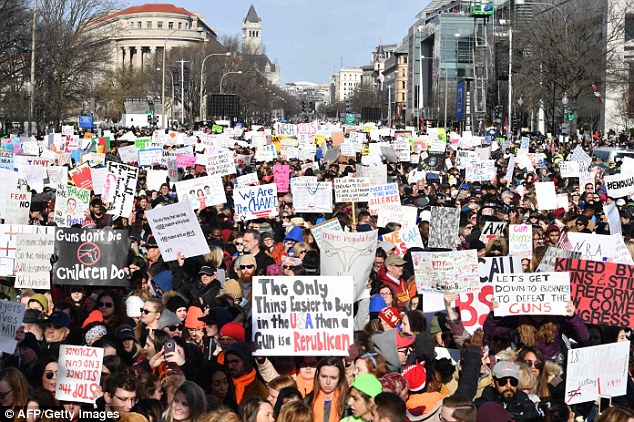 The only tweet put out by the President on Saturday morning concerned Friday’s ISIS attack on a supermarket in the south of France which left three people dead. 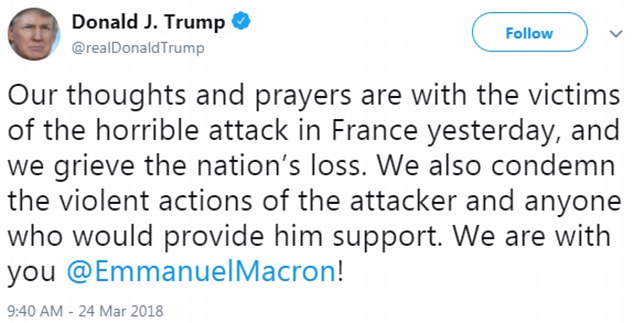 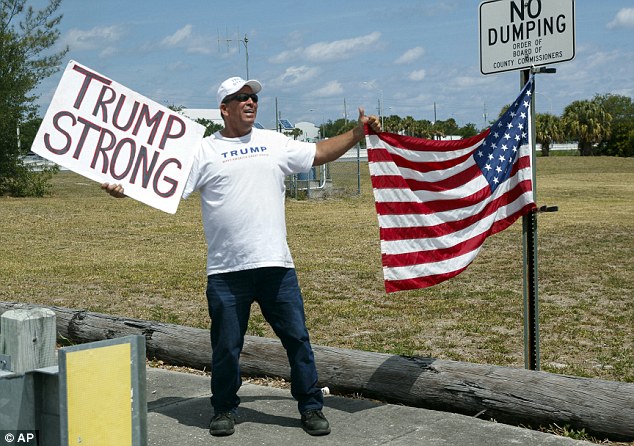 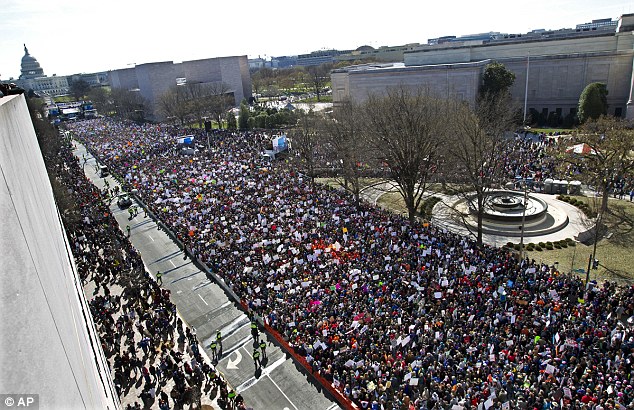 Trump’s silence is all the more surprising given the fact he met with survivors of the Valentine’s Day Parkland shooting in the days following the tragedy, at the White House.

The President met dozens of guests who had been directly impacted by the shooting that left 17 dead, including 14 children, and he told them that he was listening to their concerns.

At the same event, the President put forward a bizarre proposal to arm up to a fifth of teachers. 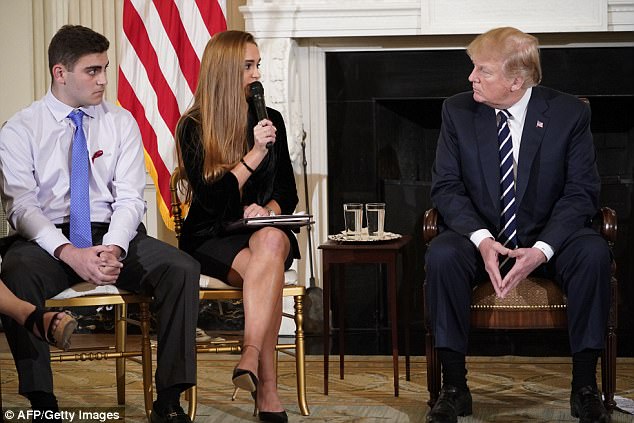