Trump’s net worth is down to $2.8 billion in the past year

President Donald Trump saw his net worth drop by $100 million over the last year to $2.8 billion as revenue at his namesake Trump Towers and golf courses fell.

It was the second drop in two years, Bloomberg reported based on its Bloomberg Billionaires Index.

And it’s the lowest since Bloomberg began tracking Trump’s wealth in 2015.

Trump’s brand has taken a hit since he took office with his name stripped from buildings in Toronto, Manhattan and Panama.

President Donald Trump saw his net worth drop by $100 million over the last year. 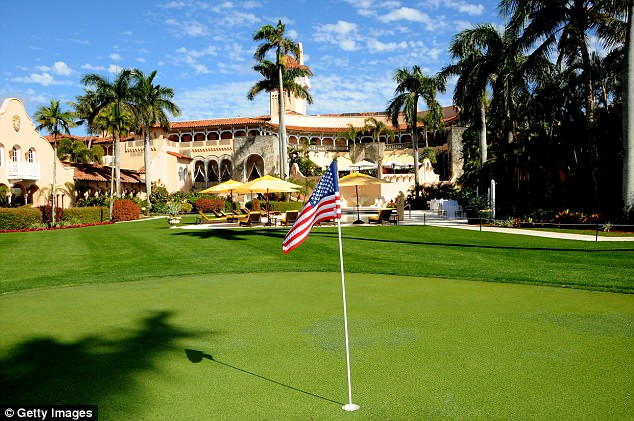 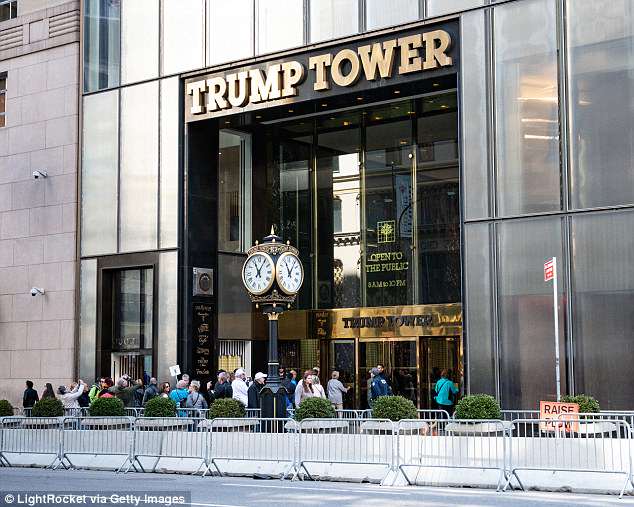 President Trump’s brand has taken a hit since he took office with his name stripped from buildings in Toronto, Manhattan and Panama

He’s also been questioned about possible conflicts of interest with his business holdings and his work in public office.

Low occupancy rates hit the president’s bottom line hard as did a drop in value at his name-sake golf courses.

The Trump Organization’s 16 golf and resort properties also dropped in value, by $70 million. Loss leaders included Trump’s Doral, Palm Beach and Mar-a-Lago clubs in Florida, while his courses in Scotland and Ireland made money.

Overall, the clubs are said to be worth about $650 million.

The Trump International Hotel in Washington, where administration staff hang out at the bar, reported $40 million of revenue in its first full year of operation. That increased its value by $30 million, to $100 million, based on figures from similar hotel operators.

Bloomberg estimates the Trump company debt load to be at least $520 million, down at least $30 million.

The news organization also noted Trump’s fortune doesn’t qualify him for Bloomberg’s list of the world’s 500 richest people, which bottomed out at $4 billion.

Trump bucked tradition when he was elected. Instead of selling his assets and putting them in a blind trust he put his sons Eric and Donald Jr. in charge.

A spokeswoman for the Trump Organization criticized Bloomberg’s methodology for assessing the real estate data used to estimate Trump’s net worth, telling the news organization that it reduced “the value of our prime New York real estate assets” by not taking into account that Trump buildings are in desirable neighborhoods that affect property values.