President Donald Trump’s new $5 billion Marine One helicopters are being fixed after one scorched the White House Lawn.

The Navy and aerospace company Lockheed Martin Corp. are working on the ‘high risk’ problem.

This came to light on Friday after a previously undisclosed test-run from last September was found to have ‘discolored’ landing zone grass. The Navy determined the exhaust had caused the problem.

The fleet of next generation Marine One helicopters were supposed to be ready by September 2020.

Trump already showcased the new aircraft during his Independence Day visit to Washington.

A spokesman from the Pentagon’s testing office told Bloomberg that the helicopter involved in the incident, were under investigation. 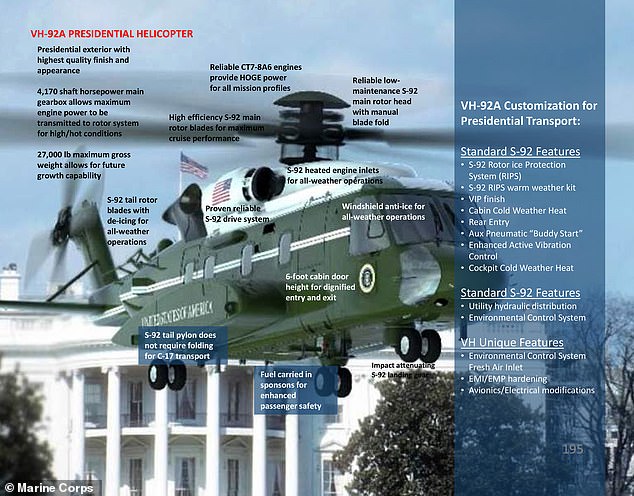 The next generation $5 billion aircraft fleet were due to start service in September 2020, but experts believe the problems may be fixed two month’s later

He added that more information would be released when it became available.

Despite the Navy labeling the problem ‘high risk’ they believe the helicopters will meet all performance requirements. 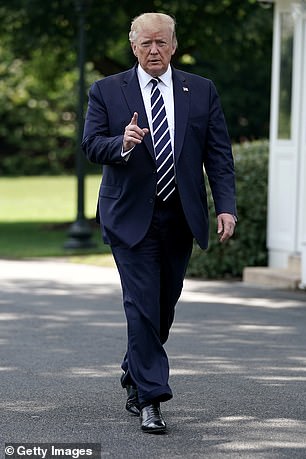 President Trump has already showed-off the new Marine One helicopters over July 4th. They are deemed ‘high risk’ due to a fault that led the exhaust to singe the White house South Lawn

The Government’s Accountability Office reported in April that the aircraft has yet to demonstrate it can ‘land on the White House South Lawn without causing damage to the lawn.’

Greg Kuntz, a spokesman for the Naval Air Systems Command explained that ‘under certain conditions, the VH-92A exhaust can impact a grass landing zone.’

This impact during the fateful test in September led to a ‘discoloration of landing zone grass.’

The Navy’s assessment of the ‘risk has increased’ since their last report, they told Bloomberg. A solution is expected by November 2020, months after their scheduled start date.

No other incidents have been reported and no other damage has been logged from 13 other test flights on the same day as the incident in September, they reported.

Nor have their been any others this year, including when Trump inspected the helicopter on June 14. 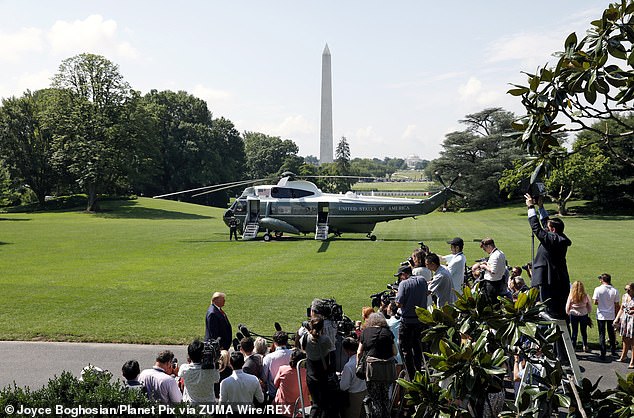 In an assessment earlier this year, the Defense Contract Management Agency said that one option to avoid damaging the lawn would be to stake down a ‘protective blanket.’

This idea was cast out due to the ‘amount of time needed to place and secure’ it making the idea ‘impractical,’ the agency told Bloomberg.

Once complete the New Marine One helicopters will be used to transport the President and his Vice President to Washington, as well as while travelling alongside Air Force One panes.

Presidents have flown in helicopters since the 34th President, Dwight D. Eisenhower. He was in the White House between 1953 and 1961.