Still more comments have emerged where Mick Mulvaney bashed Donald Trump, this time on his cherished border wall, years before Trump decided to name him as his next chief of staff.

Newly-unearthed comments show Mulvaney blasting Trump’s posture on the border wall as ‘childish’ as well ‘simplistic.’ He also repeatedly referred to it as a ‘fence,’ rather than a wall.

The comments emerged before the shut down, in part over Trump’s demand for a border wall, with House Republicans bowing to his demand and inserting $6 billion in new border funding that immediately ran into resistance in the Senate.

The comments, discovered by CNN, come on top of other more personal insults by Mulvnaney, such as when he called Trump a ‘terrible person.’ Compounding the poor timing, the comments were rediscovered just a day after Defense Secretary Mattis put out a blistering resignation letter saying he and Trump don’t share the same values on U.S. alliances.

And in another swat, Mulvaney foresaw in Trump someone who could be lawless in pursuit of his goals, at a time when it was standard fare for House Republicans to accuse Obama of violating the law and the Constitution.

‘I wonder who is more interested in going around the Constitution in order to get things done. Barack Obama or Donald Trump?’ Mulvaney asked.

In his border comments, he said: ‘The fence doesn’t solve the problem. Is it necessary to have one, sure? Would it help? Sure.’

‘But to just say build the darn fence and have that be the end of an immigration discussion is absurd and almost childish for someone running for president to take that simplistic of [a] view,’ Mulvaney said, when asked about Trump’s position in 2015.

He also compared the wall to telling people ‘what they want to hear’ – years before Trump would build his midterm strategy over stressing the migrant caravan and calling again for a wall.

‘And by the way, the bottom line is the fence doesn’t stop anybody who really wants to get across,’ Mulvaney said. 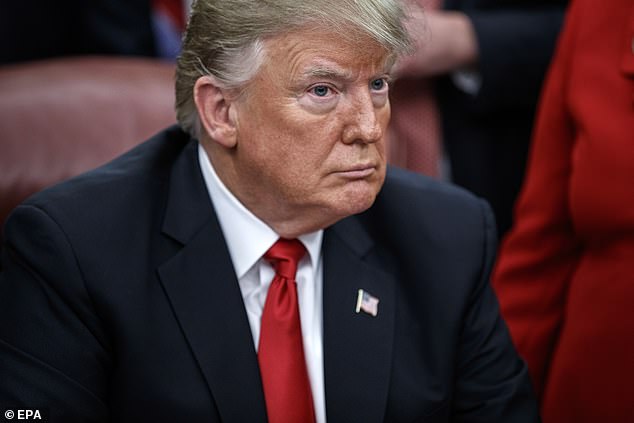 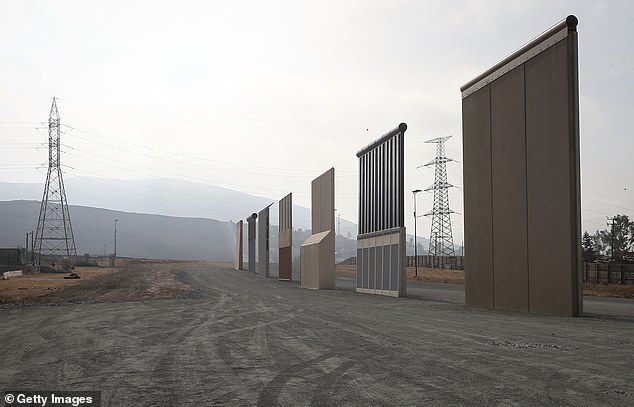 SOMETHING BETWEEN US: Mulvaney in 2015 called Trump’s mantra of building a wall telling people ‘what they want to hear’

Trump, meanwhile, has begun grousing about his new chief of staff before his old one has even left the building.

Trump this month tapped Mulvaney to serve as his ‘acting’ chief of staff, following an awkward search after his announcement that chief of staff John Kelly will be leaving shortly.

Soon after he revealed the choice this month, audio and video emerged of Mulvaney trashing Trump during the 2016 campaign – even as he endorsed him over rival Hillary Clinton. It may have hit a nerve.

According to Axios, Trump recently asked an adviser, ‘Did you know [Mulvaney] called me ‘a terrible human being” back during the campaign?’

The was a reference to a debate video where Mulvaney did, in fact, call Trump a ‘terrible human being.’

Trump was ‘furious’ when he saw the video, according to the account. It quoted a spokeswoman saying the recording was from before Mulvaney met Trump – implying it would not be a breach of friendship. 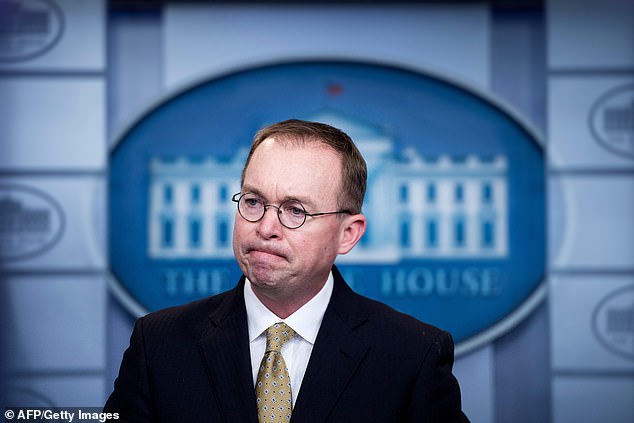 Audia has emerged of incoming acting White House Chief of Staff Mick Mulvaney saying Donald Trump wasn’t a role model and would ordinarily be disqualified from office. It comes after Mulvaney on video trashed Trump as a ‘terrible human being’ during the 2016 election

As with earlier explosive video recordings, these comments from 2016 include cutting comments by Mulvaney, a former House member, against the character and integrity of the man who tapped him to fill what is traditionally one of the nation’s most powerful positions.

In an ordinary universe, would both of these people’s past activities disqualify them for serving for office? Yes.’ – then-Rep. Mick Mulvaney, on Donald Trump and Hillary Clinton

Mulvaney lamented that Trump had said ‘atrocious things’ on the infamous ‘p****’ tape that came out a week before the spoke in the newly uncovered radio interview, and said Trump should in no way be a model for his own daughters.

But incredibly, Mulvaney slipped the scathing comments into an endorsement of Trump, arguing he was the lesser evil in a choice between the GOP candidate and Hillary Clinton, who he compared to a ‘man-eating lion.’

‘Should either of these people be, be a role model for my 16-year-old triplets? No,’ Mulvaney told South Carolina’s Jonathon and Kelly show, which is broadcast by Clear Channel, CNN reported.