Trump’s private plane drops off Jared and Ivanka in Wyoming

Jared Kushner and Ivanka Trump have touched down at Cheyenne Regional Airport as they begin their vacation in Saratoga, Wyoming.

The pair were greeted by excited locals, eager to take selfies with the president’s daughter and her husband, both Senior Advisers to the President.

Kim Brokaw, a member of the board of directors for Cheyenne Regional Airport, takes a selfie with the Trump Boeing 757 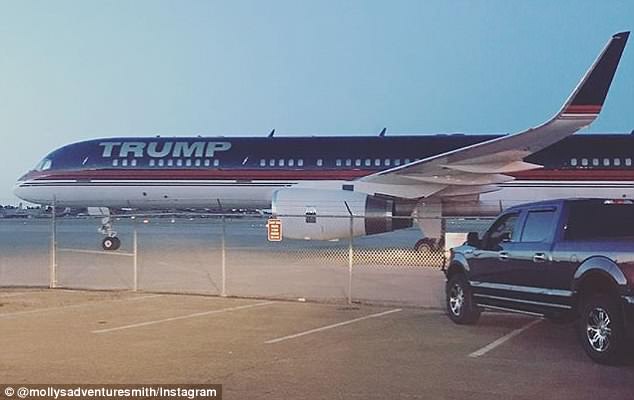 Trump Force One landed at Cheyenne Regional Airport, ferrying Ivanka and Jared to Saratoga for an Easter vacation 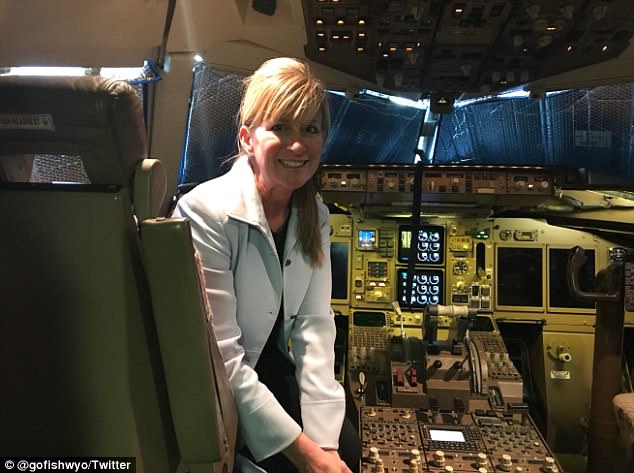 Cheyenne’s Mayor Marian Orr was at the airport to greet the couple, tweeting: ‘Regardless of your politics, it’s always exciting when a Presidential family is vacationing in SE WY.’

Orr was allowed a glimpse inside the plane, adding: ‘What a fun treat to tour the plane. Enjoy your stay in our state!’

Cheyenne’s airport runway was the closest to the Trump’s vacation destination able to accommodate the 153-foot-long private jet, according to John Dunkin, Trump’s personal pilot since 1989.

The jet was carrying as many as two dozen members of Kushner’s family, reported KGWN.

The family took a private escort to Saratoga after disembarking.

The eponymous blue, red and white aircraft was one of the most recognizable symbols of Trump’s campaign.

Now, however, the plane is used by members of the extended Trump family while the president, first lady Melania and their son Barron fly in the US Air Force One. 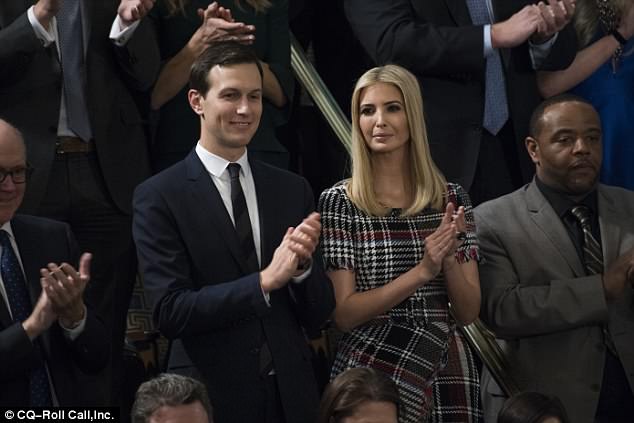 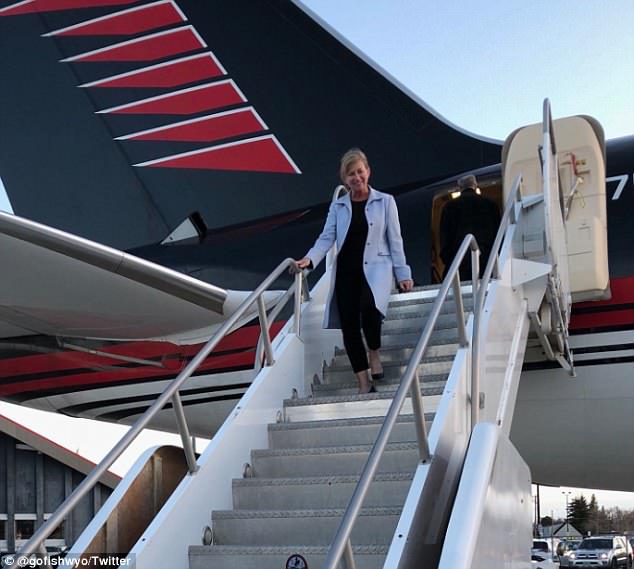 Mayor Marian Orr descends the steps from President Trump’s private Boeing 757, which played an integral part in his 2016 campaign 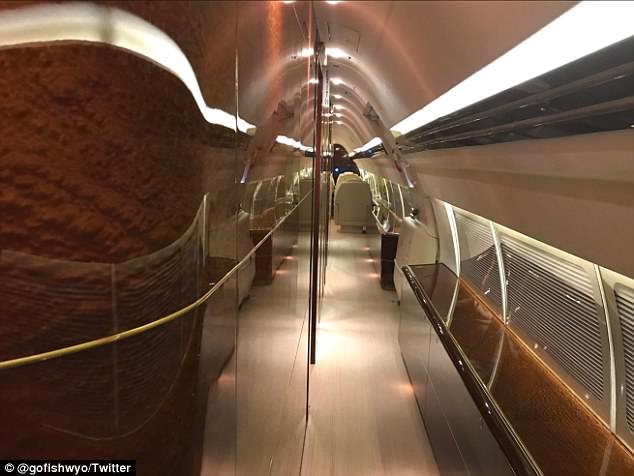 Inside Trump Force One: The jet has Rolls-Royce RB211 turbofan engines and has upholstery emblazoned with the Trump family insignia

The 757 interior features a lounge room with L-shaped couches and 52-inch flatscreen TV, and a bathroom with a circular shower and marble sinks with gold faucets.

There is sleek cream seating embossed with the Trump family crest and walnut tables and cabinets.

It is powered by Rolls-Royce RB211 turbofan engines – allowing it to fly for 16 hours at a speed of more than 500 miles per hour.

The jet will be remain at Cheyenne Regional Airport until the Trump family return in about a week.

It is unclear where the First Family are staying, however, Saratoga is known for its hot springs and lodge hotels.

President Trump also flew out this weekend to spend Easter at his Mar-a-Lago estate with family. 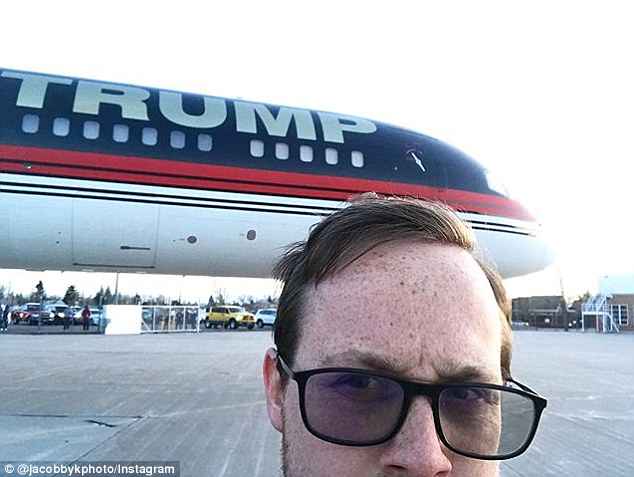 One astonished local snapped a selfie with the plane, adding that it had ‘been a weird day’

First daughter Tiffany Trump was also spotted at the airport on Thursday having arrived on Air Force One with her father.

The 24-year-old, who is a student at Georgetown Law School, arrived wearing a black shirt and trousers with silver loafers.

Tiffany and her sister Ivanka had spent the afternoon in Cleveland, Ohio watching on as their father addressed industrial workers.