Trump’s support among Republicans goes UP after AOC twitter storm

Known by her initials, AOC was born in The Bronx, New York City, to Puerto Rican parents. Before entering Congress, she worked for Bernie Sanders’ presidential campaign and as a bartender.

AOC caused a backlash among Israeli campaign groups for branding the IDF’s response to the 2018 Gaza border flare-ups a ‘massacre’ and labeling Israel’s presence in the West Bank an ‘occupation’.

Shortly after entering the House, she slammed Trump as a ‘racist’ in a TV interview.

She said: ‘The words he uses…are historic dog whistles of white supremacy.

‘The president certainly didn’t invent racism, but he’s certainly given a voice to it.’

AOC masterminded the proposed Green New Deal, which seeks to overhaul economic inequality through a raft of public works projects and phase out fossil fuels.

The cost of these measures have been estimated to but an eye-watering $3.9trillion on the US purse.

It has been supported by only a handful of fellow Democrats and come under fire from Republicans. 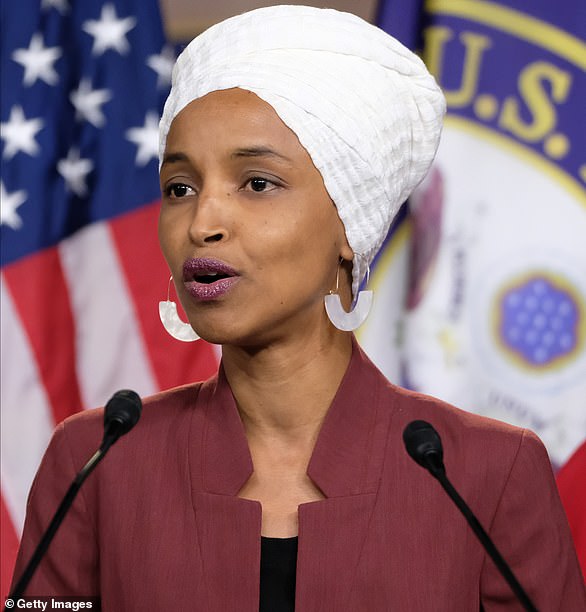 Omar was born and raised in Somalia by her father after her mother died when she was two. They fled the country to escape civil war and she arrived in New York when she was 10. She was one of two Muslim women to be the first elected to Congress in 2018.

On entering the House, she fought successfully to change its longstanding ban on head-wear, allowing her to keep her Hijab on.

Earlier this year, she was reported to have said ‘some people did something’ in regards to the 9/11 terrorist attacks, prompting a backlash from Trump.

And in January, she was forced to apologize for using ‘anti-Semitic tropes’ after she suggested that US support for Israel stemmed from donations from a pro-Israel lobby.

Omar has called for a significant reduction in military spending and ‘perpetual aggression’. She also supports free tuition fees for college students.

She has rallied behind Bernie Sanders’ proposal to to eliminate all $1.6 trillion in outstanding student debt by levying a 0.5 per cent tax on sales.

Omar has also branded the current Federal minimum wage a ‘poverty wage’ and supports raising it to $15 per hour. 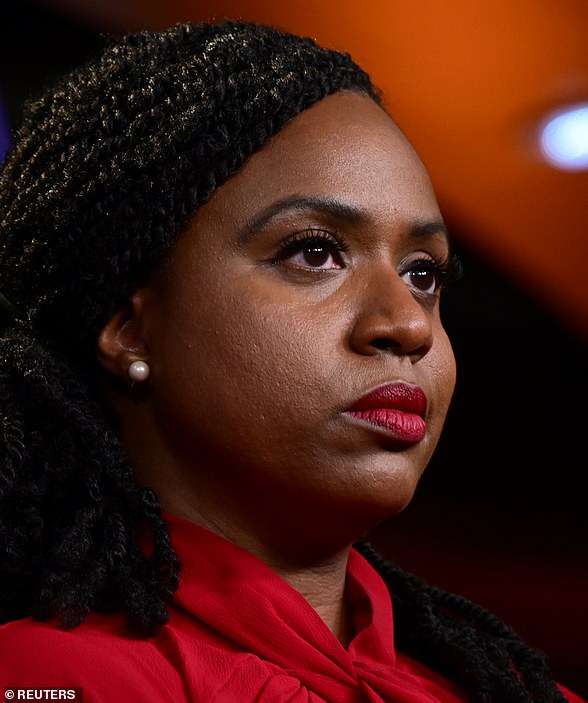 Born in Ohio but raised in Chicago, Pressley as the only child of a single mother because her father was ‘in and out of prison’.

She went on to serve as Secretary of State John Kerry’s political director.

She is the first African-American woman to be elected to the US Congress from Massachusetts.

In January, she apologized after quoting Alice Walker’s book The Color Purple, saying she wasn’t aware of the author’s recent praise of an anti-Semitic writer.

And recently, she implied that ethnic minorities who work for the US Customs and Border Protection some betraying their own backgrounds.

She said that they are a ‘cog’ in a system which is imprisoning migrants which ‘look just like them’.

And in her victory speech after her primary victory, she called President Trump: ‘a racist, misogynistic, truly empathy-bankrupt man’.

Like most of the ‘squad’ Pressley supports Medicare for all by ramping up taxes as well as free education for university students.

She is a proponent of the ‘take a knee’ campaign which sees sports stars kneel during the national anthem to highlight police brutality against people of color.

Pioneered by Colin Kapernick, it has come under scrutiny by the President. 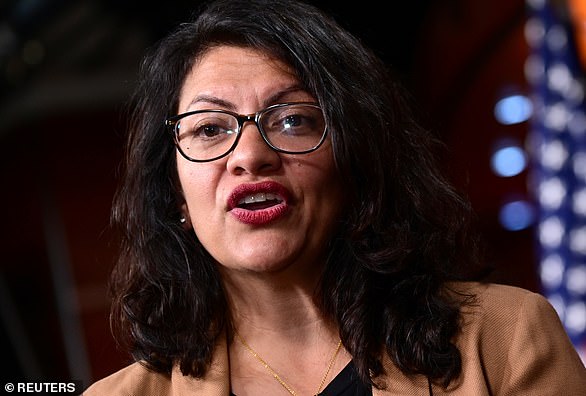 The oldest of 14 children, she was born in Detroit to working class Palestinian parents.

Tlaib entered the Michigan state House before being one of the first Muslim women elected to the US Congress.

On the day she entered Congress, Tlaib told a group of supporters her mission was to impeach Trump, who she branded a ‘motherf*****’.

And in May, Republicans accused Tlaib of spitting anti-Semitic remarks after she said talking about the Holocaust was ‘calming’.

Trump tweeted: ‘Rep. Tlaib is being slammed for her horrible and highly insensitive statement on the Holocaust.

‘She obviously has tremendous hatred of Israel and the Jewish people.’

But Democrats insist that she was referring to the efforts of her Palestinian ancestors in creating a safe haven for the Jewish people.

She has called for the Immigration Customs Enforcement agency to be abolished and wants a $15 per hour minimum wage.

She often rallies against the super-rich and vows to protect the unions to fight against wealthy Wall Street businesses.

She advocates scrapping the cap on what millionaires pay into the Social Security system.