Donald Trump tried to nudge the news cycle away from impeachment on Thursday as his long-languishing U.S. Mexico Canada Agreement finally passed in the Senate.

The vote was a rare moment of bipartisanship, a blipp on senators’ radar as they prepared for weeks of wrangling during Trump’s impeachment trial.

The president said farmers in America are ‘really happy’ with both the USMCA and a broad trade truce he signed Wednesday with China.

Impeachment politics also overshadowed the House’s vote to green-light the USMCA, which came just one day after Democrats led a vote to charge Trump with two constitutional crimes. 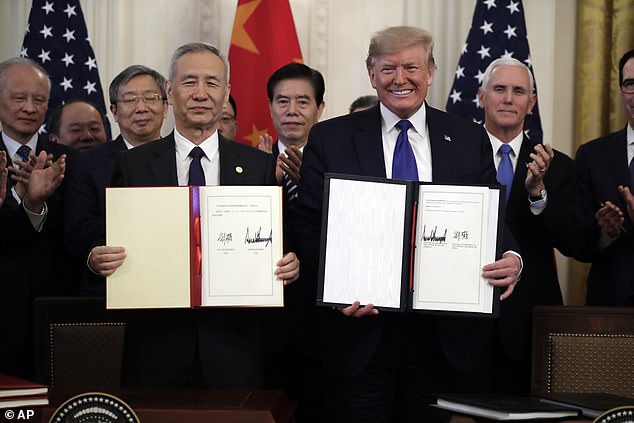 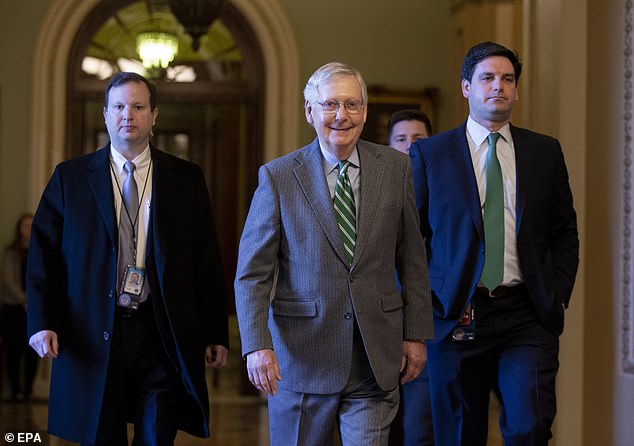 Senate Majority Leader Mitch McConnell described the pact as a ‘major win for the Trump administration, a major win for those of us who are already ready to move past this season of toxic political noise.’

Republican Sen. Chuck Grassley of Iowa called the USMCA ‘a major achievement for President Trump and a bipartisan deal for the American people.’

Democrats scrambled to take credit for upgrading the USMCA’s environmental and worker-protection clauses. Oregon Sen. Ron Wyden claimed he and his colleagues gave the plan ‘a trade enforcement regime with real teeth.’

Trump blamed the current trade pact with Canada and Mexico, the Bill Clinton-era North American Free Trade Agreement, for sending millions of manufacturing jobs to low-wage plants south of the U.S. border. His administration secured changes that aim to have more cars produced where workers earn an average of at least $16 an hour. 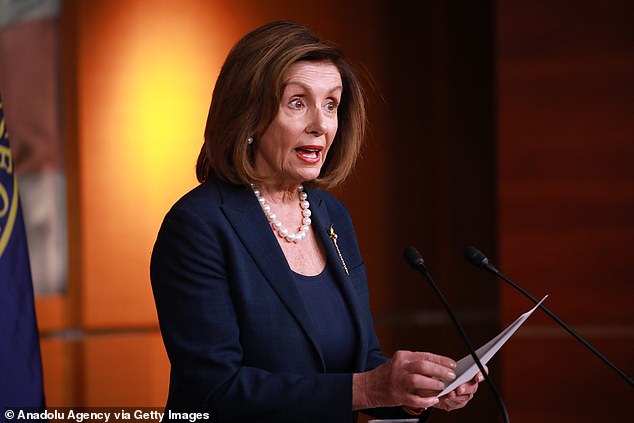 It also secured changes that require Mexico to change its laws to make it easier for workers to form independent unions, which should improve worker conditions and wages and reduce the incentive for U.S. companies to relocate their plants.

While the administration completed its negotiations with Canada and Mexico more than a year ago, Democrats in the House insisted on changes to the pact that they say make it more likely Mexico will follow through on its commitments.

As part of those negotiations, the administration agreed to drop a provision that offered expensive biologic drugs—made from living cells—10 years of protection from cheaper knockoff competition.

Republicans and the president have complained about how long it took to complete the negotiations, but the talks resulted in a rare mix of support for USMCA. The AFL-CIO, an association of trade unions, endorsed the measure along with scores of business and farm groups.

The biggest holdouts are environmental groups, which continue to oppose the measure because it doesn´t address climate change. Indeed, they contend the agreement would contribute to rising temperatures.

Sen. Dick Durbin, D-Ill., marveled Wednesday at how leaders of organized labor and farm groups in his state appeared together to support the pact.

‘They both agree that this USMCA trade agreement is a step forward, an improvement over the original NAFTA,’ Durbin said. ‘I think we´ve added to this process by making it truly bipartisan.’