Stefanos Tsitsipas proved he will not go down without a fight as he dug deep to edge a four-set thriller against big-hitting Georgian Nikoloz Basilashvili to earn a potential match against Roger Federer.

He was given a time penalty, even a warning from the chair umpire at one stage, but the 20-year-old star showed why he is viewed as a future world No 1 contender with a hard-fought 6-3, 3-6, 7-6, 6-4 victory on the Margaret Court Arena.

After 31 minutes, it all seemed routine. Tsitsipas took the first set 6-3 and Basilashvili appeared to have no answer to the Greek’s powerful returns cross-court. 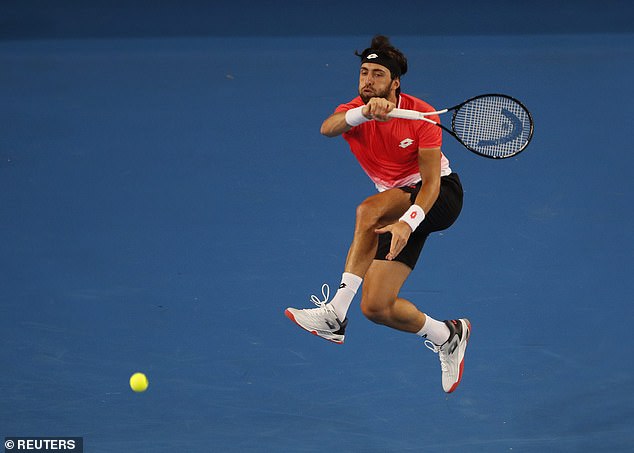 But with the opening set out of his system, Basilashvili emerged a different player and spectators quickly knew they had a game on their hands.

That shift in momentum visibly bothered the 20-year-old Greek. His mannerisms soon evidenced his growing frustration as the unforced error count rose rapidly.

Tsitsipas was then handed a warning for unsportsmanlike conduct from chair umpire Alexandra Robein when he became angry after his service was broken while serving for the third set at 5-4. 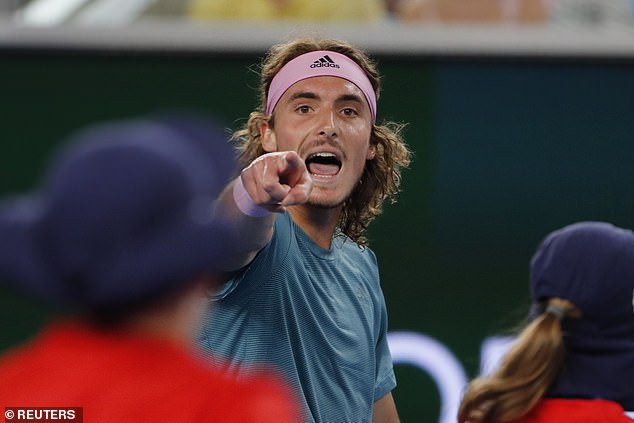 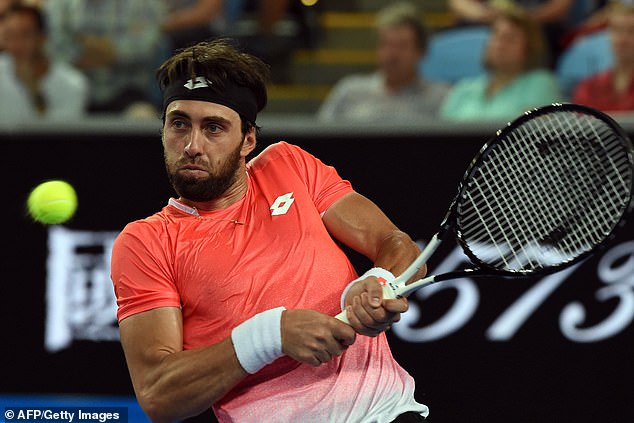 It was his second angry outburst having caused a delay in his rampant first set for screaming at an infant in the Margaret Court Arena crowd.

Victory, which arrived six minutes before the three-hour mark, meant that Tsitsipas became the first Greek man to reach two last-16 rounds in a Grand Slam having got to the fourth round at Wimbledon last year.

Speaking to Eurosport after the win, Tsitsipas said: ‘I am delighted, it was a tough match and I am really happy I can play good tennis in front of great fan support. I feel so comfortable, I feel like playing at home. 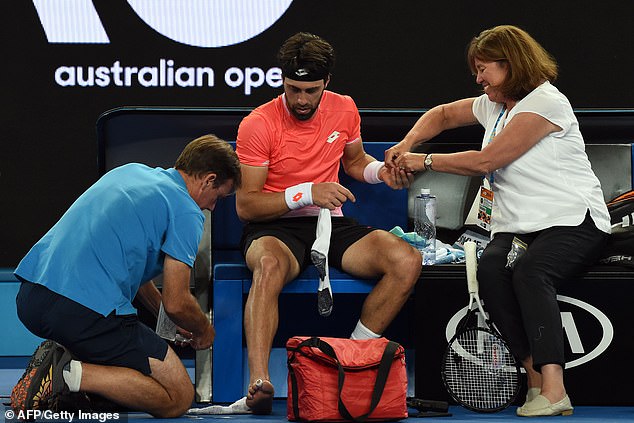 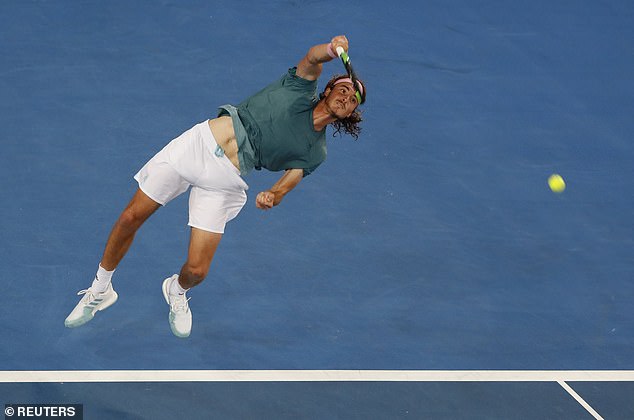 ‘It’s exciting to have such an atmosphere. I never get to play with so many Greek people supporting me! It’s great to have people who love tennis. It’s one of the few Grand Slams that has this energy and vibe. It’s one of my favourite seasons of the year.

On a potential match-up against Federer, he added: ‘I mean I have played both of them. If it’s Roger it will be amazing playing in Rod Laver… but I really hope Taylor wins!’ 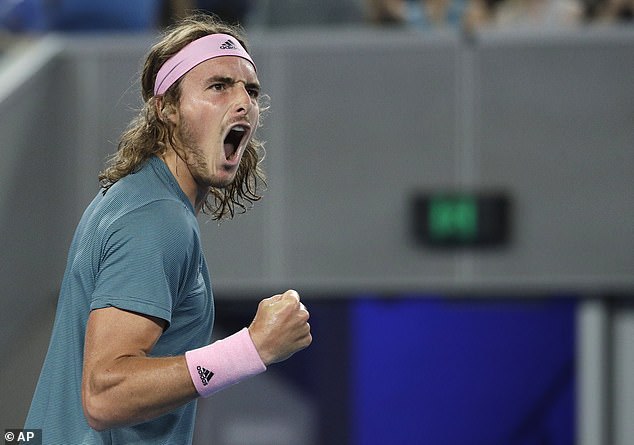