Tsunami warning issued as earthquake strikes in the Pacific Ocean

A powerful undersea earthquake has rocked the islands of New Caledonia in the Pacific Ocean.

The earthquake hit on Wednesday afternoon at about 1.50pm AEST, with its epicentre about 230km east of the country’s capital Noumea.

A 7.1 magnitude earthquake has struck off the islands of New Caledonia, resulting in a tsunami warning. Pictured: The epicentre of the quake, about 230km east of New Caledonia’s capital 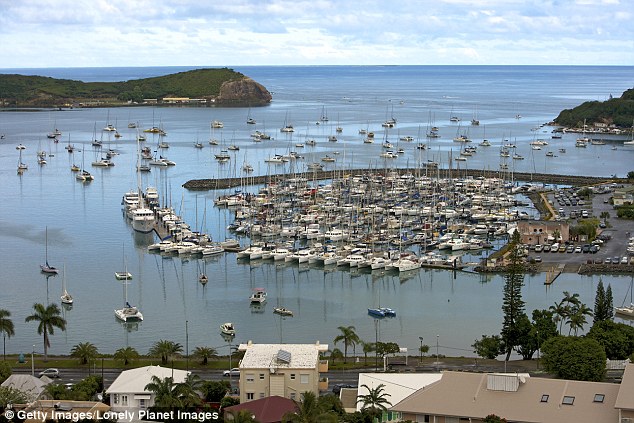 Noumea, the capital of New Caledonia (pictured) was given a tsunami warning after the quake

No damage has been reported, but hazardous tsunami waves of up to a meter were possible in New Caledonia, Fiji and Vanuatu, the Pacific Tsunami Warning Center said.

The center urged anyone near the coast to ‘stay alert’ and follow instructions from local authorities.

Smaller waves from the quake could also hit island coastlines around the Pacific and as far away as Australia, Papua New Guinea and New Zealand.

The quake struck about 3,300km east of Australia’s Sunshine Coast.

‘We felt it and they felt it more strongly on the Loyalty Islands,’ Ciry told ABC.

‘But there is nothing to say. There is no damage, no tsunami and we don’t expect anything else,’ 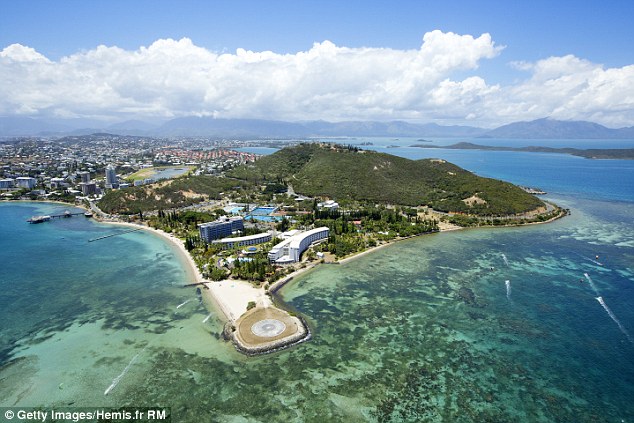 Laisenia Rawace, technical officer at Fiji’s seismology monitoring department, said by phone: ‘We’re still monitoring it and on standby but there’s nothing on the tide gauges for the time being.’

The area is located on the earthquake-prone Pacific Rim of Fire, an arc of seismic faults around the Pacific Ocean.

Wednesday’s tremor struck 10 days after a massive but very deep quake rocked the sea floor near Fiji and 11 months after large quakes hit near the Loyalty Islands, also without damage.