A woman fell onto the rails at a busy London Tube station after witnesses saw her being dragged off the platform by her bag and coat.

Fellow rush hour commuters at Notting Hill Gate reported hearing the woman yelling ‘help me’ after ending up under the carriage after her clothing had got caught in the doors.

The station was closed as emergency services worked to free the woman and take her to hospital after the incident shortly before 5pm today. 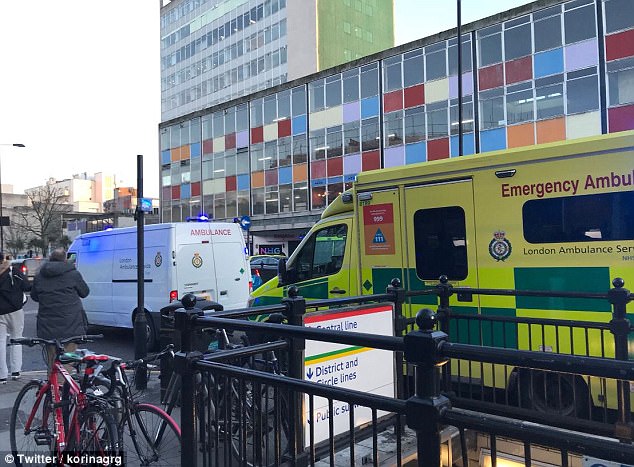 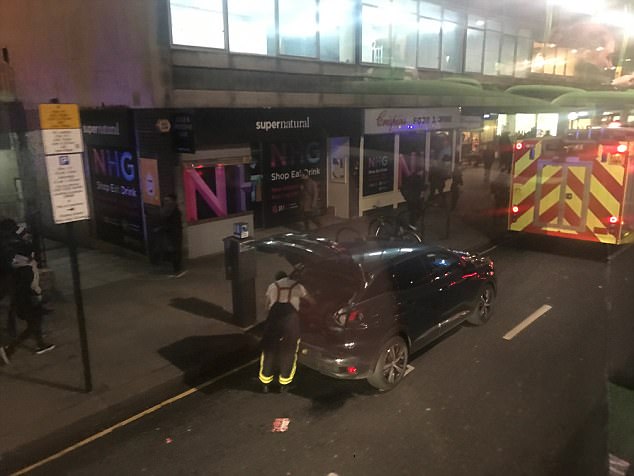 ‘Heard the thud as the train moved we’re all in tears thinking she’s died under our feet but she’s alive and stuck under the train yelling help.

‘We’ve been evacuated out of the train.

‘They got her bag and coat out from under the door of our carriage, which had got stuck.

‘Everyone tried to stay calm not have panic attacks but all of us in tears. Thanks to the brave guys on our carriage for reassuring us that she’s OK.’

Many feared the passenger had died but officers found a female who was then taken to hospital to have her injuries assessed.

The incident is being investigated but is not being treated as suspicious.

British Transport Police said they were unable to confirm the age of the victim.

One passenger said the victim’s coat and bag had got stuck under the door of one of the Tube carriages.

She added: ‘Everyone tried to stay calm, not have panic attacks but all of us were in tears.

‘Thanks to the brave guys on our carriage for reassuring us that she’s OK.’ 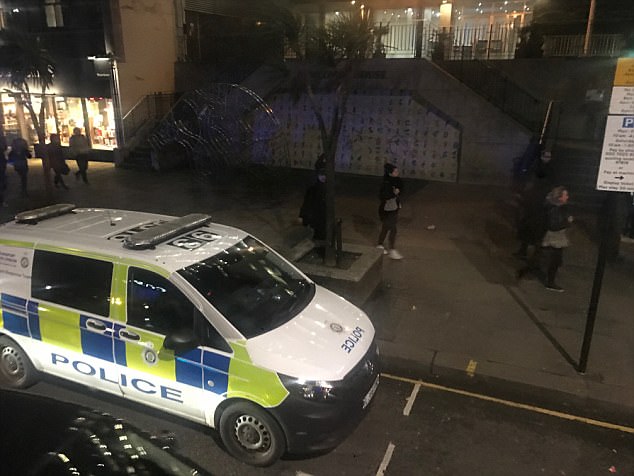 Dr Khan added: ‘God, I’m still in shock and shaken up by this.

‘First that thud under our carriage and all of us feeling sick that something terrible has happened.

‘Then the guys in our carriage shouting are you OK?

‘And hearing her screaming help me! Just want her to be ok. A life is so valuable.’

Transport for London has reached out to commuters who saw the horrific incident, offering them support.