Tucker Carlson’s Fox News program returned to the airwaves of the news channel on Monday night and saw the anchor attacking the New York Times over suggestions they are to run a story about the host and his family.

Carlson, 51, ended his program saying that he very rarely made the story about himself but that he was going to make an exception after hearing that the newspaper was planning to expose where he and his family lived in Washington D.C.

‘As a matter of journalism, there is no conceivable justification for a story like that,’ Carlson said of the proposed story which he said is due to run later this week. 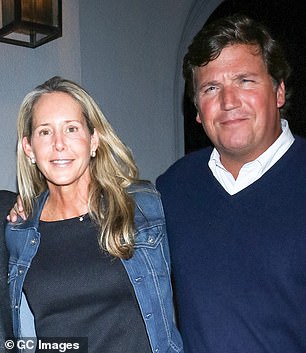 Tucker Carlson, 51, is pictured along side his wife of 29 years, Susan Andrews. The couple have four children

The conservative host went on to allege that the planned report was based on a personal animosity and a dislike for his politics.

‘The paper is not alleging we’ve done anything wrong and we haven’t. We pay our taxes. We like our neighbors. We’ve never had a dispute with anyone. So why is the New York Times doing a story on the location of my family’s house? Well, you know why. To hurt us, to injure my wife and kids so that I will shut up and stop disagreeing with them. They believe in force. We’ve learned that,’ he said.

Carlson noted how the last time his address became public, his house was descended upon by antifa protesters who gathered outside his property after a ‘left-wing journalist’ published his address.

‘They vandalized our home. They threatened my wife. She called 911 while hiding in the closet,’ he told viewers. Carlson said the harassment eventually forced the family to sell their home and move. 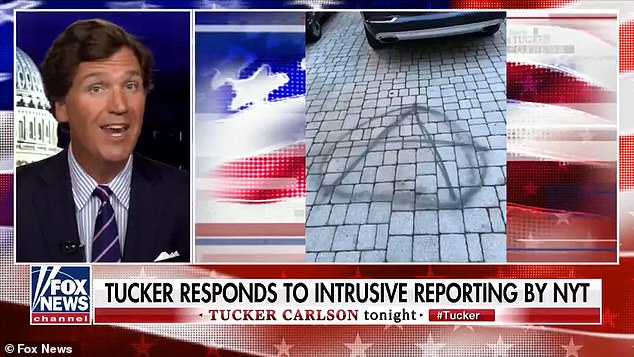 Carlson noted the last time his address was published, he and his family moved house after the home was vandalized including with graffiti, pictured above 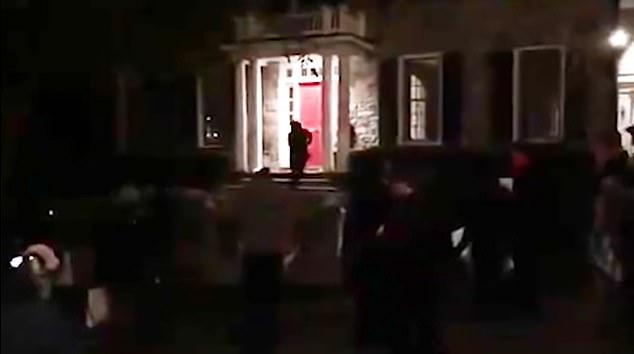 During the segment, Carlson then identified both the Times journalist and accompanying photographer assigned to working on the report.

Carlson said that the editors at the Times ‘know exactly what will happen to my family when it does run’ but don’t care because ‘they want my show off the air.’

‘If one of my children gets hurt because of a story they wrote, they won’t consider it collateral damage – they know it’s the whole point of the exercise,’ he said. ‘To inflict pain on our family, to terrorize us, to control what we say. That’s the kind of people they are.’

‘How they would feel if we told you where they live, if we put pictures of their homes on the air?’ Carlson asked in a veiled threat to the Times. 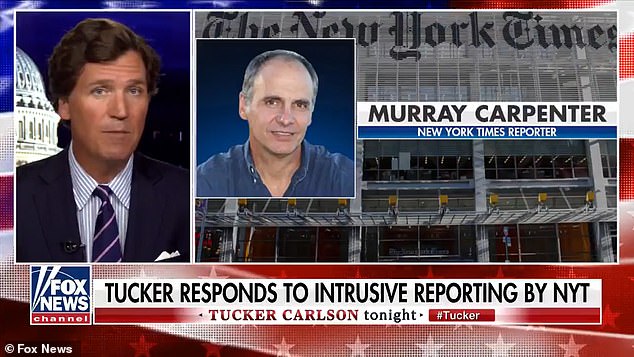 During the segment, Carlson then identified both the Times journalist and accompanying photographer assigned to working on the report. The Times has said it will not reveal his address

‘What if we publicize the home address of every one of the soulless robot editors of The New York Times who assigned and manage this incitement to violence against my family?’ he questioned.

‘What about the media editor, Jim Windolf? We could do that. We know who they are. Will that qualify as journalism?’

The Times has issued a statement after Carlson’s remarks were aired.

‘While we do not confirm what may or may not publish in future editions, The Times has not and does not plan to expose any residence of Tucker Carlson’s, which Carlson was aware of before tonight’s broadcast.’ 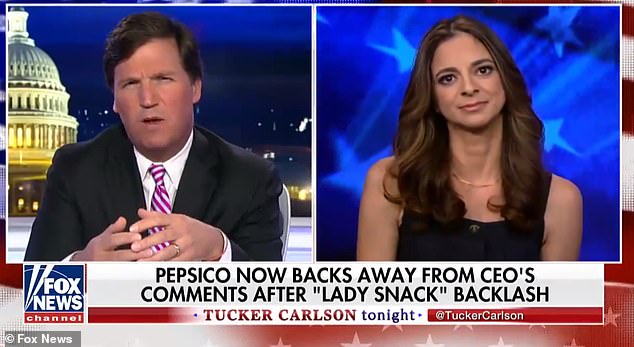 On Monday night, a lawsuit accused Carlson of sexually harassing a frequent female guest, Cathy Areu. Areu is seen on Tucker Carlson’s show in 2018. She accused the anchor of propositioning her for sex on the set of his show in 2018

During his show, the first one after taking a fishing trip vacation last week, Carlson did not address any of the controversy the news network finds itself in.

On Monday night, a lawsuit accused him of sexually harassing a frequent female guest.

Cathy Areu, a frequent guest on the network. Areu claims she was sexually harassed several men at the network including Sean Hannity, Ed Henry and Carlson.

Carlson allegedly propositioned her on the set of his show by telling her that he was staying alone in a hotel room. Areu claims that her appearances on his show were drastically cut when she declined the invitation. 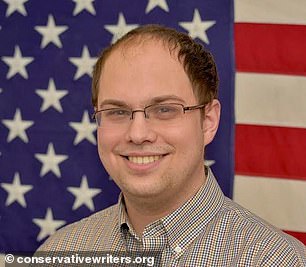 Blake Neff, who served as the top writer for Tucker Carlson’s Fox News show, resigned earlier this month after a number of racist and sexist posts written by him came to light

A spokesperson for the network issued a statement about the lawsuit to DailyMail.com which denies the Areu’s claims and vows to fight them ‘vigorously’.

It’s not the only scandal to hit Carlson. Earlier this month, his show’s former top writer resigned after CNN found he had written a series of racist and repugnant tweets under a pseudonym.

Carlson said that the online comments by former writer Blake Neff were wrong, but had nothing to do with his show.