Tunisian asylum seeker, 16, is arrested on suspicion of raping 40-year-old jogger in Italy

A 16-year-old Tunisian boy has been arrested on Tuesday under suspicion of raping an Italian woman who was out jogging.

The 40-year-old was running near La Maddalena, a town on one of the islands of Sardinia, Italy.

The suspect is reportedly an asylum seeker, staying at the asylum reception centre at La Maddalena, and was arrested by the police.

He has been accused of raping the woman on a running track, close to the town centre, in what was described as an isolated area.

The teenager reportedly grabbed and jumped on the woman as she was running, and then after raping her attempted to strangle her with his bare hands.

At this point, two men running past heard the woman screaming and chased the 16-year-old off, saving the woman’s life. The two men then took her to hospital.

The rape happened on a running track in La Maddalena (stock image), a province on an island in Sardinia, Italy. A 16-year-old boy has been arrested on suspicion of rape

Once the incident was reported to the police, the local law enforcement began a manhunt, locking the area down to stop the boy from leaving the town.

They were able to capture him at around 1 a.m., and took him into custody.

The victim was reportedly in a state of shock after the attack, and suffered bruises and scratches on her body, in addition to major trauma.

Colonel Davide Crapa, head of the carabinieri – the local law enforcement – said that the boy was known to the police and is now being held.

The town, La Maddalena, sits on an island with the same name, at the North-Eastern tip of Sardinia. 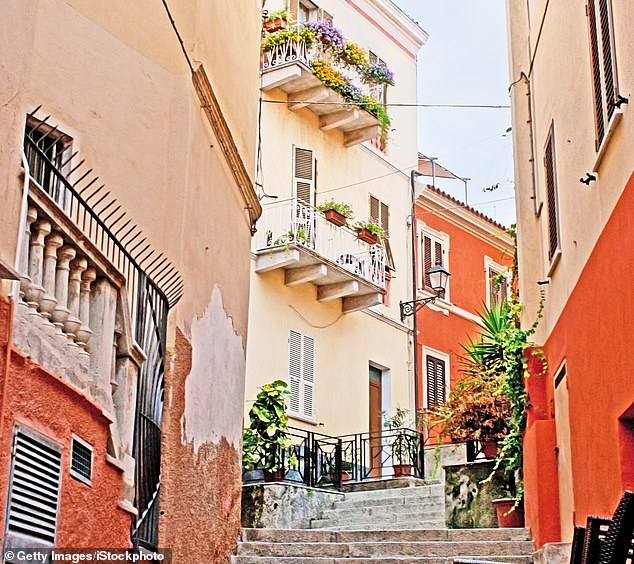 La Maddalena, normally a quiet Italian seaside town (stock image), was locked down by the police once the assault was reported, and they were able to capture the boy and arrest him

News of the attack comes just days after another rape was reported in Italy on May 3 at a Naples bus stop, involving a Senegalese migrant.

In the earlier case, an illegal migrant allegedly raped a coronavirus nurse in a terrifying 45-minute ordeal while she waited for the bus home after finishing her late shift treating Covid-19 patients, according to reports in the Italian media.

The migrant from Senegal was arrested on May 3 for allegedly raping the 48-year-old after she left work at a Naples hospital at around 3pm. 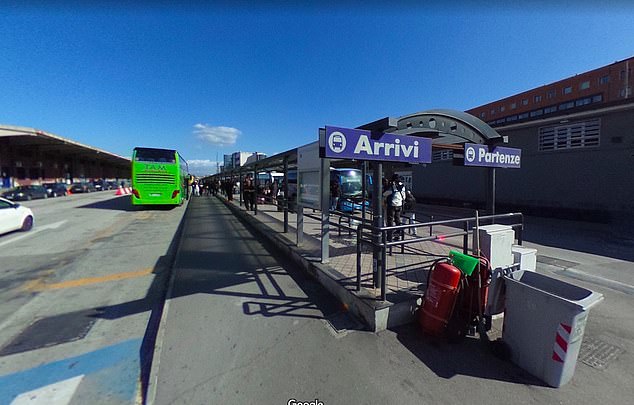 During the ordeal on the deserted street, the nurse saw another woman walking past across the road and called out to her but she did not hear.

‘He kept repeating ‘let me do what I want or I’ll kill you. Stand still and don’t scream’,’ the nurse told La Repubblica.

‘He was double my size and all his weight was on my back. He got angry because my jeans were too tight and he couldn’t take them off.’

The nurse works in the psychiatry department of the Naples hospital, looking after patients recovering from the trauma of having coronavirus.

She said the incident went on for 45 minutes as she waited for her bus home to Avellino, after getting the subway. 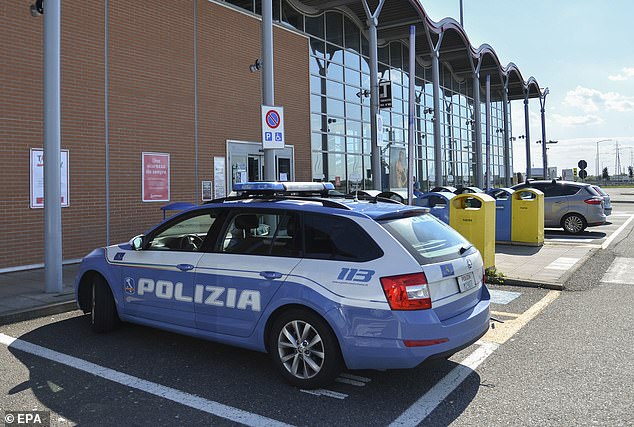 She had arrived early at the Metropark and had an hour to wait because of the reduced transport services due to the coronavirus crisis. She says there was no one around.

She has told how the rapist jumped over a fence and came towards her and grabbed her arm. Thinking she was being robbed, the nurse tried to give him her purse before he told her that wasn’t what he wanted.

She says he threw her on the ground and put his hand over her mouth as she desperately waited for someone to come and help, adding that there are several cameras in the car park.

‘He would put his hands everywhere and get angry because I was defending myself.

‘They use drones to find people who go to the beach despite the Covid emergency. Why don’t they use them to prevent these and other attacks?’, the nurse said.

She told him not to hurt her because she was pregnant, that she couldn’t breathe and that she needed water, and then she told him that if someone came he would be arrested.

But he kept trying to rip her jeans off. She says her back was shattered and her neck covered in bruises. At one point he put his arms around her neck to choke her.

The bus then arrived and when the driver saw what was going on he got out and started shouting. The army had also arrived and surrounded the man, as she sheltered on the bus.

The police – who watched the CCTV footage back – took the woman to the hospital and informed her husband . The nurse says she hasn’t yet gone back to work.

She added that her husband feels guilty and helpless for not being able to protect her and the trauma has overwhelmed the whole family.

She says she doesn’t know if the physical or mental pain was worse and she will now struggle to move on with her life and help other people who have experienced trauma.