The woman who sent rapper Tupac to prison for rape 25 years ago is speaking on camera for the first time about the alleged assault.

Ayanna Jackson, 44, sat down with DJ Vlad on Tuesday for an on-camera interview about the night she met Tupac and the alleged incidents that followed leading up to the night she said the rapper and his friends raped her in November 1993.

Jackson said she was 18 or 19 when she met Tupac at Nell’s Nightclub in New York. She said she hit it off with the rapper that night and as they danced they started flirting and kissing each other. 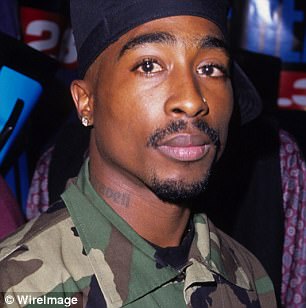 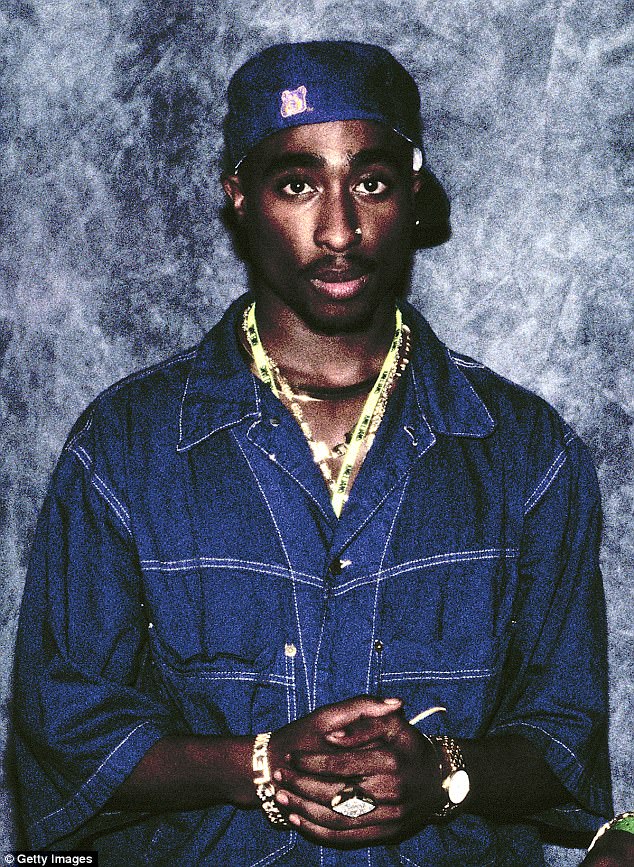 ‘I was in the club. I was having some champagne and he walked up behind me. I had some jeans on that night. And he placed his hands into the back pockets of my jeans … We progressed out of the VIP into the night club to dance,’ she told VladTV.

Jackson alleges that Tupac tried to get her to perform oral sex on him on the dance floor but she declined. The two then left and went back to a hotel, where Jackson said they had consensual sex.

In the following days, Jackson said Tupac would send a car to pick her up so they could hang out. She said all the meetings were arranged by Tupac’s road manager, Charles Fuller.

On November 18, 1993, the rapper invited Jackson to his room at the Parker Meridien Hotel in New York.

Jackson said when she arrived, the rapper and his friends were in the living room of their hotel suite. She and Tupac eventually parted from the group and went to a bedroom.

Jackson told DJ Vlad that Tupac asked for a massage and as she was straddling him rubbing his shoulders, he grabbed the back of her head and pulled her in for a kiss. She said that’s when the bedroom door opened and several people walked in making remarks about her body. 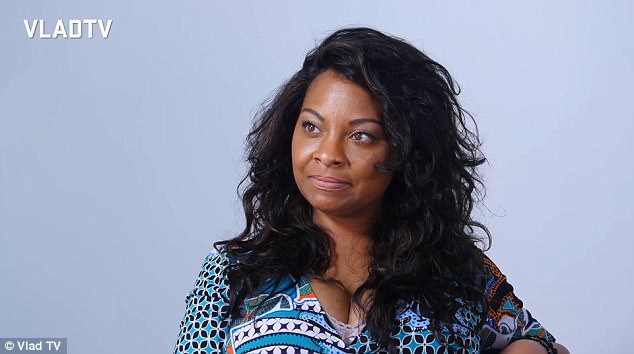 Jackson told VladTV that Tupac invited her to his hotel on November 18, 1993 and raped her. She said three of his friends then proceeded to rape her 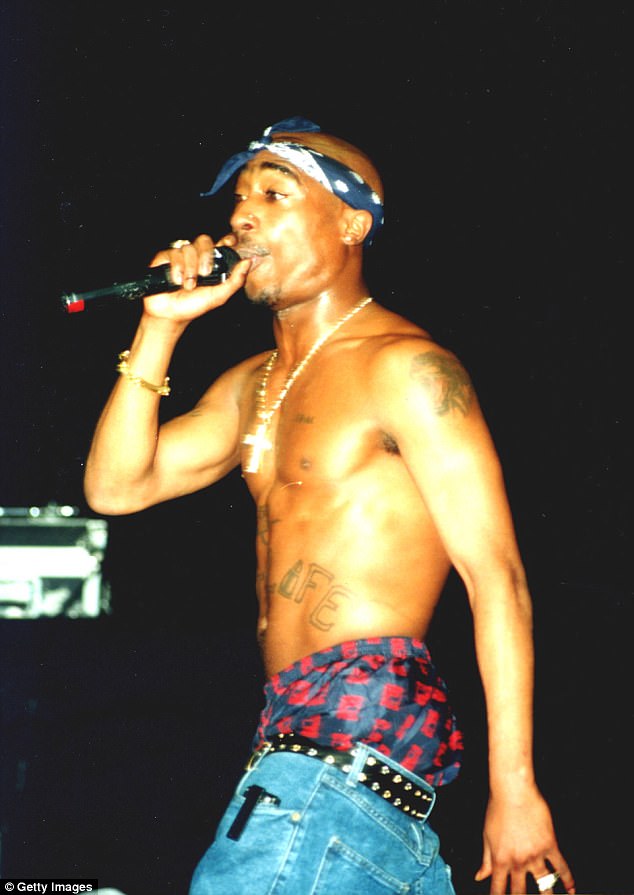 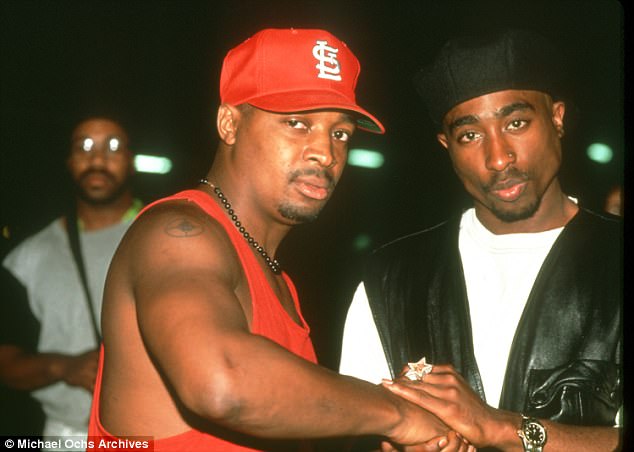 The rapper, pictured on the right with rapper Chuck D of Public Enemy, maintained his innocence up until his death in 1996

Jackson said she tried to turn around to see what was going on, but Tupac allegedly wrapped his hand around her hair and pulled her face close to his.

‘Because he has his hand in my braids, I can’t physically move around,’ she said.

Tupac allegedly told Jackson: ‘These are my boys. I like you so much, I decided to share you with them.’

Jackson said as she struggled to get away and repeatedly told the rapper ‘no’, his friends ripped her dress off. Jackson alleges that she was raped that night by Tupac and three of his friends as Fuller watched.

Tupac was convicted of first-degree sexual abuse and sentenced up to four and half years in prison, but only spent nine months behind bars. He maintained his innocence up until his death in 1996.