It was the infamous junk food much loved by children but much loathed by anti-obesity campaigners that was banned from school lunch halls in 2005.

But 15 years on from TV chef Jamie Oliver’s high-profile campaign to get them off the menu, the Turkey Twizzler is making a surprise return this week.

In what manufacturer Bernard Matthews described as the ‘comeback of the century’, a revamped version of the product will go back on sale in Iceland from Thursday.

But it did not impress the Children’s Food Campaign which said the turkey content is still only 70 per cent – although this is double the original figure of 34 per cent. 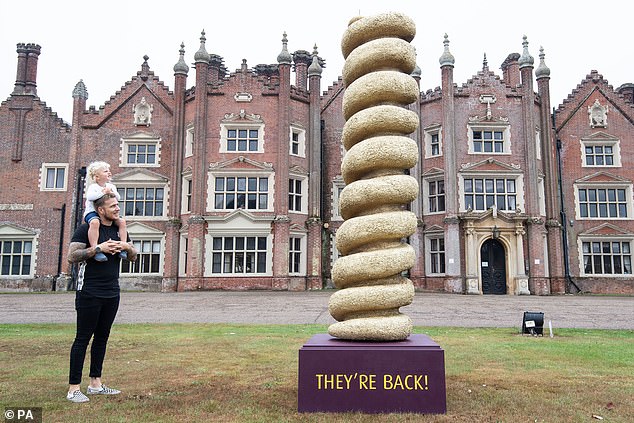 The original Turkey Twizzler was a childhood favourite but was discontinued by Norwich-based Bernard Matthews after significant bad publicity in 2005.

With just a third of the product made up of turkey, the rest of the content was water, pork fat, rusk and coating along with additives, sweeteners and flavourings.

They epitomised the junk food served up in school canteens served up with chips that Oliver fought a campaign to remove and replace with healthier options.

It prompted a national debate over school food, and he said in relation to their 34 per cent turkey content: ‘The prospect of what else is in them isn’t particularly good.’ 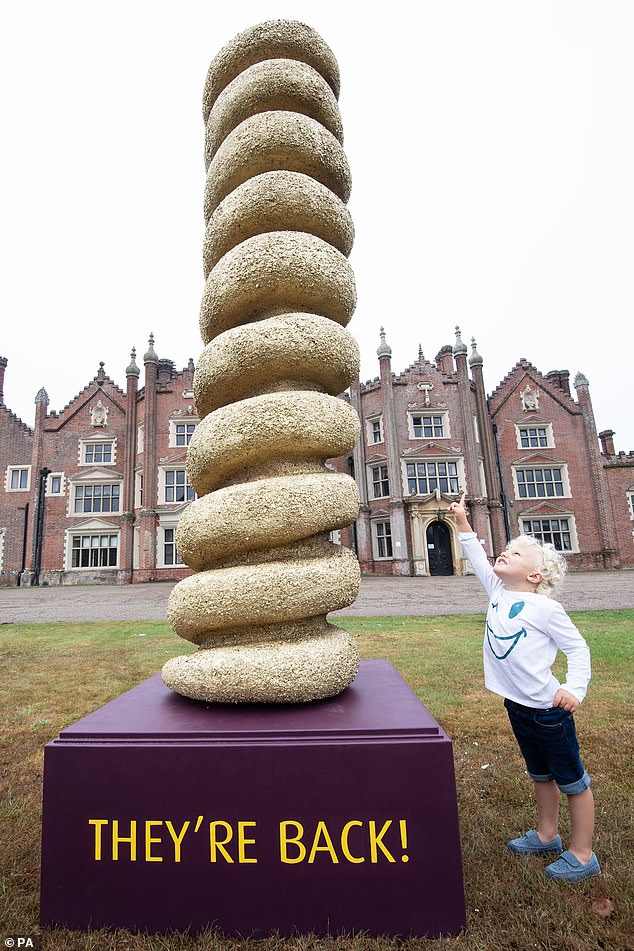 Reign Thornton, three, looks at the statue of a Turkey Twizzler unveiled in Norfolk on Sunday 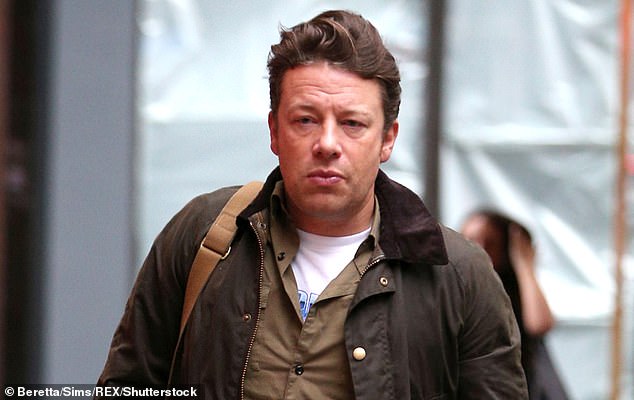 The new version contains 67 to 70 per cent turkey meat and no E-numbers, and will go on sale in Iceland before appearing in other supermarkets next month.

Bernard Matthews unveiled a 10ft (3m) statue of a Turkey Twizzler at its Great Witchingham Hall headquarters at the weekend before revealing the comeback.

The firm claimed it had brought back the product in response to huge consumer demand, following a Change.org petition in 2018 signed by 27,700 people.

But Barbara Crowther of the Children’s Food Campaign told the Guardian: ‘The fact it’s taken Bernard Matthews 15 years to reformulate the Turkey Twizzler shows what a truly terrible product it used to be. 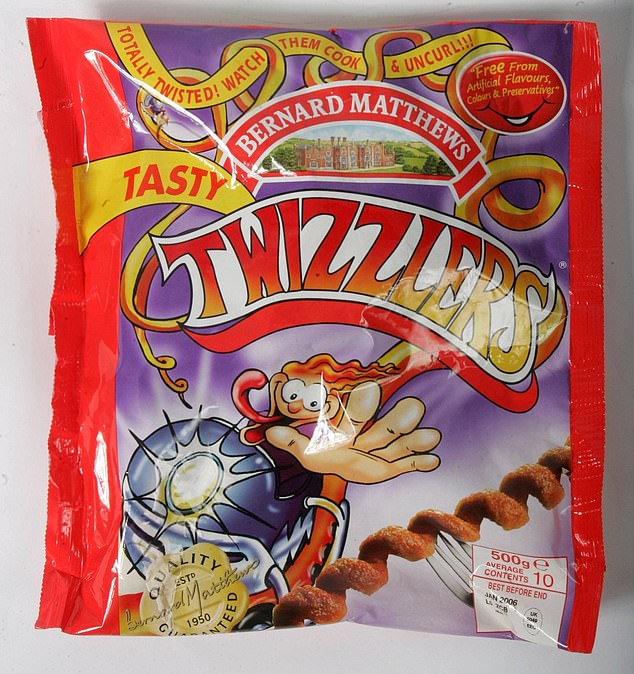 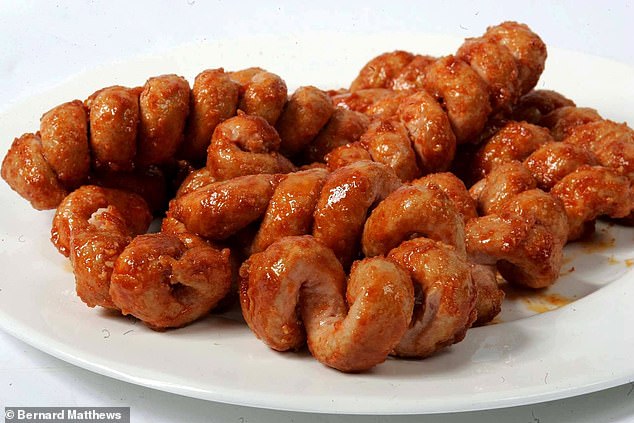 With just a third of the original Turkey Twizzler made up of turkey, the rest of the content was water, pork fat, rusk and coating along with additives, sweeteners and flavourings

‘Doubling the turkey content still only takes it to 67 to 70 per cent meat content, and while it’s a healthier version of its former self, it remains an ultra-processed product.

‘We recommend sticking to fresh, whole, free-range and/or organic turkey, low-fat, high in protein and with no added sugars at all.’

Oliver, who shares five children with his wife Jools Oliver and is reportedly worth more than £240million, has spent 20 years campaigning to fight obesity.

He also introduced a sugar tax on fizzy drinks, hailing it a ‘tax for love’ and more recently campaigned for the removal of two for one pizza deals.

He aims to halve childhood obesity by 2030.