Ellen Pompeo has caused a stir after turning from TV doctor to real doctor with some well-meaning, but ultimately off-the-mark, advice about ovarian cancer.

The actress went off-script during a segment with Ellen DeGeneres on Wednesday, to tell viewers that she’d heard ‘all it takes is a simple ultrasound’ to detect the disease, urging them: ‘You have to ask for an ultrasound’.

However, within moments, her words had drawn the ire of OB/GYNs on Twitter, who warned that ultrasounds often fail to pick up the ‘silent killer’, which remains one of deadliest illnesses in women because it is so hard to identify in its early stages.

Unlike cervical cancer, ovarian cancer cannot be detected with a scan or a blood test; the only way is to surgically remove the Fallopian tubes and ovaries of women who are suspected to have a higher risk, and confirm their diagnosis after the irreversible operation.

As such, UCLA gynecological oncologist Dr Joshua G Cohen told DailyMail.com that mass screening could cause more harm than good as it may lead to unnecessary surgery for scores of women who do not have the rare disease. 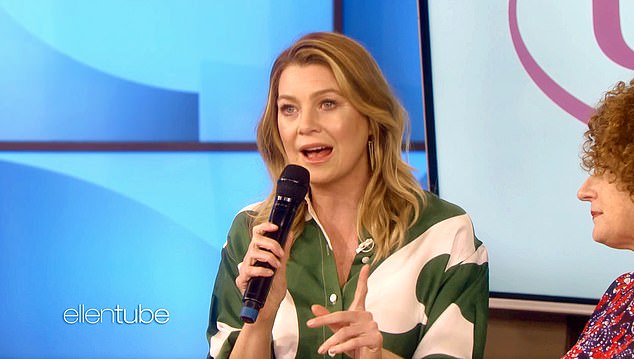 Advice: Ellen Pompeo took the mic during a breast cancer segment and added that she’d just heard ‘a simple ultrasound’ can ‘catch’ ovarian cancer ‘and you can live’ 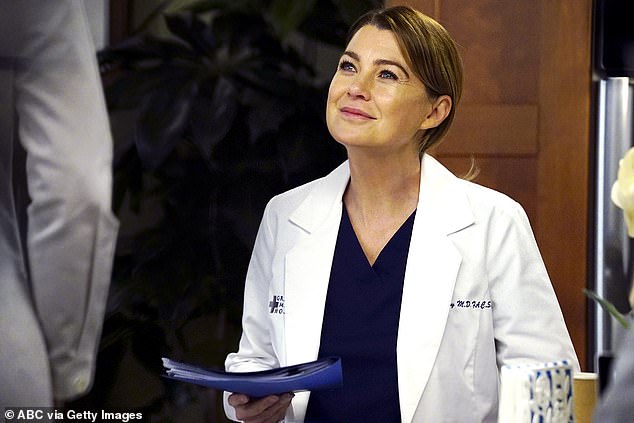 Pompeo’s words came after an on-air auction to go on a Starbucks date with two audience members, and match their donations to breast cancer charities.

The two winners explained why they felt passionate about the cause, and one of them said a loved-one had died of ovarian cancer after breast cancer.

Pompeo, visibly moved by the anecdote, took the mic to say: ‘I just recently heard – and I did not know this – that ovarian cancer, all it takes is a simple ultrasound to detect it.

‘And when you go to the doctor, health insurance won’t pay for the ultrasound.

‘You have to ask for an ultrasound. So when you go to the doctor for your mammograms or your check-ups, make sure you ask for the ultrasound because ovarian cancer is not detected otherwise.

‘It’s a simple ultrasound and you can catch it and live.’

Fans praised Pompeo for bringing light to the complexities of health insurance, and how that may limit the scope of your cancer screenings.

But some accused Pompeo of giving women false hope because, to this day, there is no cut-and-dry way to catch ovarian cancer.

High profile OB/GYN Dr Jen Gunter responded with a blog post explaining that despite attempts, there is no way to detect ovarian cancer 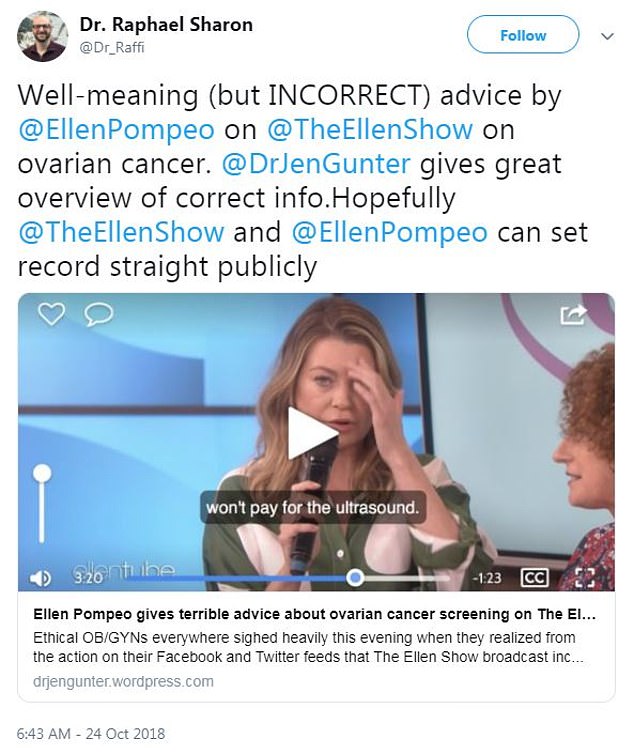 WHY OVARIAN CANCER IS CALLED A ‘SILENT KILLER’

Of all forms of cancer, ovarian is among the most notoriously difficult to spot.

The only symptoms we know of are innocuous, masquerading as other common ailments – bloating, constipation, fatigue, cramps.

Cruelly, those vague symptoms are a sign that the cancer has spread to the abdomen, meaning it is already much harder to treat.

Eighty percent of cases are diagnosed in the latest, harder-to-cure stages – stage three or stage four – when it has already spread.

‘An otherwise healthy person without a personal history, genetic risk or mass should not walk into their OB/GYN office and say “I want an ultrasound” because it may cause more harm than good, leading to surgery for something they don’t have,’ Dr Cohen told DailyMail.com.

The issue, he explains, is that we do not yet know of any precancerous lesions associated with ovarian cancer. And lesions are the only way to spot cancer or precancer.

Colon cancer features lesions, and that’s what doctors look for in routine colonoscopies for at-risk people (over the age of 50).

However, Dr Cohen explains, just because the cervix is next to the ovaries, does not mean that we’re able to test for both.

‘The way I describe it is: the uterus is northern California, the cervix is southern California, and the ovaries are Hawaii. Something might happen in LA, but you won’t be able to see it from San Francisco. And definitely not in Hawaii,’ he says.

Currently, the only option for women is to get their Fallopian tubes and ovaries removed (in an operation called a salpingo-oophorectomy).

This is only recommended for women with a strong history of ovarian cancer, or those who carry the BRCA gene mutation, which gives them a 44 percent risk of developing ovarian cancer – such as Angelina Jolie and Christina Applegate, who both had elective salpingo-oophorectomies.

Those who do not fall into those brackets run the risk of a false positive, and a needless salpingo-oophorectomy.

WHEN WILL WE FIND A LESS INVASIVE SCREENING TOOL?

Dr Cohen laments that, because ovarian cancer is so rare, it is hard to find methods that work for the general population.

Despite scores of studies, none have come close to even understanding what to look for.

The most promising is a national study in the UK, which may confirm an increasingly popular theory that it may start with lesions in the Fallopian tubes – and hopefully a way to screen for that without risks of false positive.

This sluggish progress has made ovarian cancer a prime target for a new wave of health start-ups, racing to find detection methods. None have reached it yet.

One of the start-ups is NextGen Jane, a company that aims to diagnose uterine conditions by testing blood from women’s tampons, that they would mail in to the lab instead of going to their OB/GYN for a check-up.

Their aim is to test for all kinds of things, from endometriosis (when the uterus lining breaks off and moves to other parts of the body) to fertility.

But ovarian cancer would be ‘the holy grail’, founder Ridhi Tariyal, a biomedical engineer who studied at Harvard and MIT, told DailyMail.com. 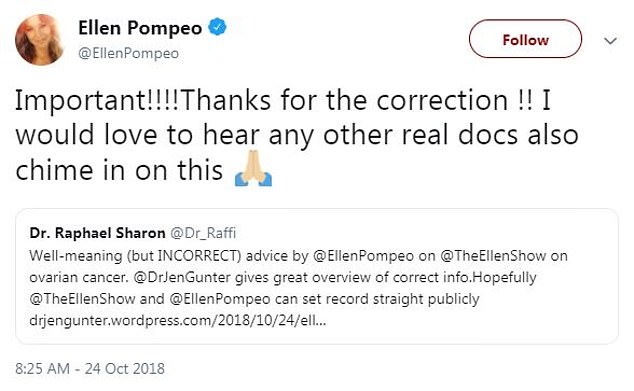 Pompeo, 48, made clear that she is behind these doctors by retweeting Dr Sharon

As Pompeo learned the hard way, the mystery of ovarian cancer is a hot topic in medical circles – and suggesting otherwise will earn a hefty stream of clap backs.

In an accompanying blog post, Dr Gunter explained that she believed Pompeo ‘was speaking earnestly, but well-meaning misinformation is still misinformation and it harms just the same.’

Dr Raphael Sharon, a Canadian pediatrician, tweeted her blog, saying that Pompeo gave ‘well-meaning (but INCORRECT) advice’ on ovarian cancer, adding that he hopes the actress and the show ‘can set record straight publicly.’

Pompeo, 48, who has just completed the 15th season of Grey’s Anatomy, in which she plays Dr Meredith Grey, made clear that she is behind these doctors.

She retweeted Dr Sharon, saying: ‘Important!!!!Thanks for the correction !! I would love to hear any other real docs also chime in on this’