A mother-of-two and TV executive who worked on hit shows such as Married At First Sight has been identified as the woman who was fatally hit by a truck while crossing the road.

Valentina Gioia, 43, a senior production executive at Endemol Shine Australia, was on her way to the shops in Leichhardt in Sydney’s inner west when she was suddenly struck by the vehicle.

The accident happened at the Marion Street and Flood Street intersection in Leichhardt at about 10.30am on Tuesday.

About a dozen witnesses and shopkeepers frantically tried to give Ms Gioia first aid and CPR after she was struck by the truck reportedly driven by a young father.

NSW Ambulance Service confirmed in a statement on Tuesday evening the woman died at the scene.

‘She had a phone and just thought she could beat the red man light,’ a witness told the Daily telegraph.

‘The poor driver was in shock. It is just very sad and upsetting, she was a young woman, wearing active wear.’

Valentina Gioia, 43, was on her way to the shops in Leichhardt in Sydney’s inner west when she was suddenly struck by the vehicle 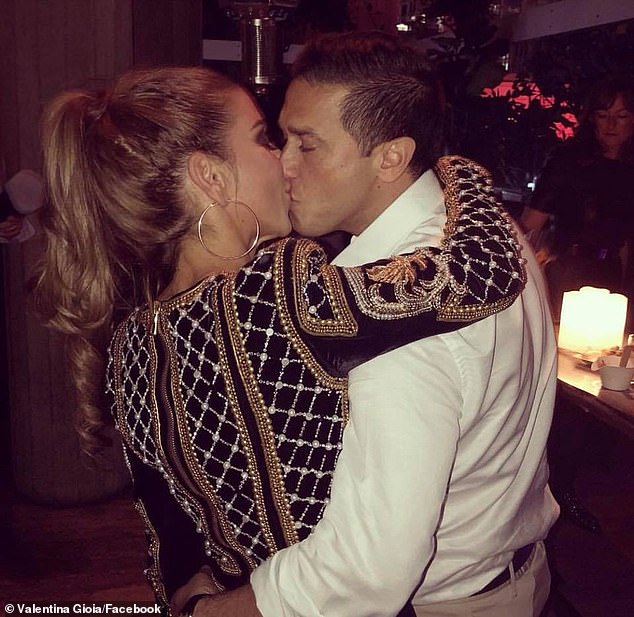 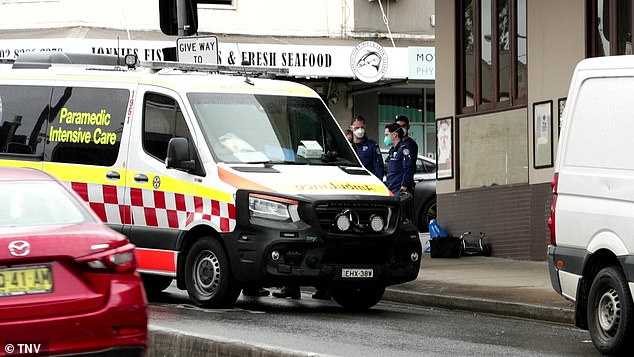 Witnesses claimed the young woman had tragically been looking at her phone with her headphones in and was unaware she had walked into danger.

The male driver was seen bent over in shock against a shop wall on the on edge of the busy road with police speaking with him.

The man, also aged 43, was not injured and has been taken to hospital for mandatory testing.

Paramedics and police arrived quickly but the woman had suffered a head wound and sadly could not be resuscitated.

In the wake of Ms Gioia’s shocking death, her sister-in-law Lisa Tripodi said she has been supporting her two young sons Luca, 9, and Alessio, 7 and her heartbroken husband Anthony Tripodi.

‘Anthony is just devastated. You never imagine that something like this could happen to you or your family, or someone you love,’ Ms Tripodi told The Daily Telegraph.

The 43-year-old was born in Italy and moved to Australia with her family where she later worked as a TV executive for Endemol Shine – working on another popular program Lego Masters.

A man was bent over in shock on the street and speaking to police, with the officers fetching the man a chair (pictured)

Police officers gather at the scene about 10.30am on Tuesday (pictured)

She married her husband in 2011 and the pair were due to celebrate a decade of marriage later this year.

Childhood friend Debbie Colacicco paid tribute to Ms Gioia in a Facebook tribute, remembering her as ‘a special human, a ray of sunshine, one of a kind’.

Ms Colacicco – who runs the Ristretto & Co cafe – said her daily presence at the shop would be ‘dearly missed’ and prayed angels were looking over her boys.

Her post was flooded with comments from others who knew Ms Gioia with many describing her as ‘wonderful woman’.

‘Beautiful girl, gorgeous family, this is devastating,’ one wrote.

‘This is shocking, the world has lost a beautiful person way too soon,’ said another.

Some witnesses claimed Ms Gioai had walked across as the pedestrian signal was changing.

‘It was a very sombre scene for our paramedics and bystanders here this morning,’ NSW Ambulance Inspector Karl Cronan said.

‘The bystanders who attempted to assist the patient before we arrived on scene are to be highly commended, it was a heartbreaking scene.’

The truck driver was taken away for mandatory alcohol and drug testing after the collision.