And Brown, who currently works as a commentator for Triple M and is part of Nine’s Sunday Footy Show, believes the confrontation was far from accidental.

He told the Herald Sun he felt he was deliberately bumped in by the coach, whom he criticised on the Footy Show just weeks ago.

‘I was standing in the foyer and I got bumped from behind and I thought that’s a bit strange and I turned around and there was a senior coach staring my way,’ Brown, who played 219 games during 12 seasons in the AFL with the Western Bulldogs and Richmond, said.

‘On the Sunday Footy Show a few weeks before that I criticised their club, the way they were playing.

‘I just felt a big bump come my way, I was unsure whether it was meant for me and then someone else came up and said: “Did that coach mean to bump you?” and I have to say, I think it was a purposeful bump.’ 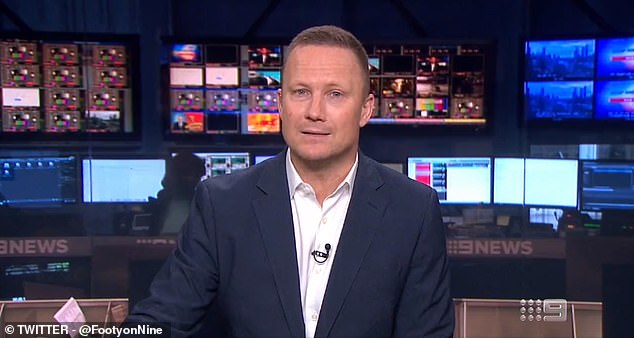 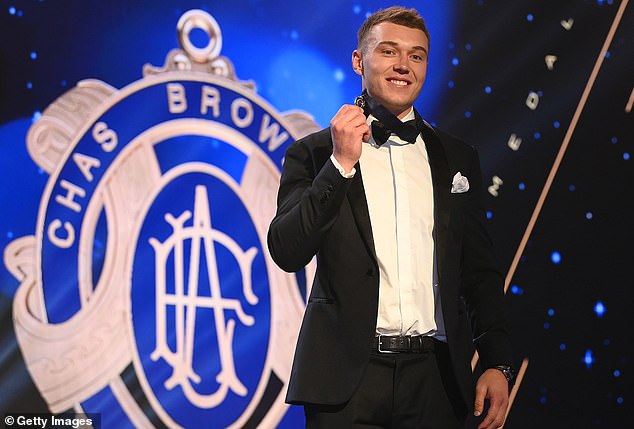 Brown isn’t the only Sunday Footy Show’s panelist to have made headlines for non-footy related reason of late.

Earlier this month, veteran Nine broadcaster Tony Jones said live on air the AFL could ‘get stuffed’ after revealing he had not been invited to the Brownlow Medal ceremony.

‘If the AFL is watching, you can get stuffed, it’s a c**p night,’ he said earlier this month, as Brown and fellow panelists Matthew Lloyd and Kane Cornes struggled to contain their laughters.