A television journalist has revealed she is battling a life-long autoimmune disease after surgery to remove a cyst on her throat which was spotted by a viewer.

Network Ten presenter Antoinette Lattouf received a letter from grandmother Wendy McCoy in November saying she had spotted a lump protruding from her neck.

Lattouf, who was previously unaware of the lump, decided to get it checked and discovered she had a potentially deadly cyst on her throat.

The married mother of two has since had a painful surgery to remove the cyst and is now having to carefully manage her autoimmune disease as she recovers.

On Wednesday morning Lattouf posted a message on Instagram thanking Mrs McCoy for speaking out and revealing that the pair are now friends.

Network Ten reporter Antoinette Lattouf (pictured on TV with the lump on her neck), a married mother of two, was shown a message from the viewer to her editor in November 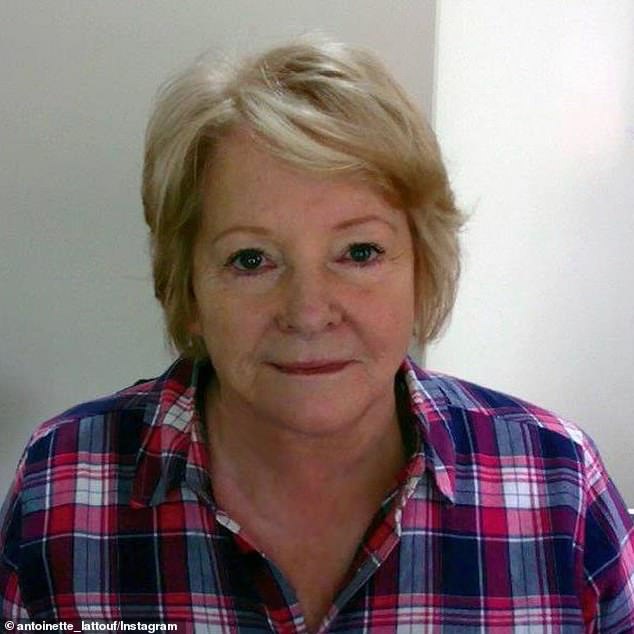 She wrote: ‘In November, a remarkable woman alerted me to a serious health issue that I was not aware of.

‘She’s a grandmother from regional Victoria with no medical training, but felt compelled to contact Network 10 after spotting a lump on my throat while I was on air. Wendy McCoy and I are now friends.’

Recognising Mrs McCoy’s good deed, she added: ‘Wendy demonstrated just how much impact being kind to a stranger can have.’

Lattouf is now waiting for her voice to come back after invasive surgery to remove the lump and a bone in her voice box.

She revealed she will ‘also have to manage a life-long autoimmune disease’ as she battles Hashimoto’s disease, a rare condition when the immune system attacks the thyroid gland in the neck. 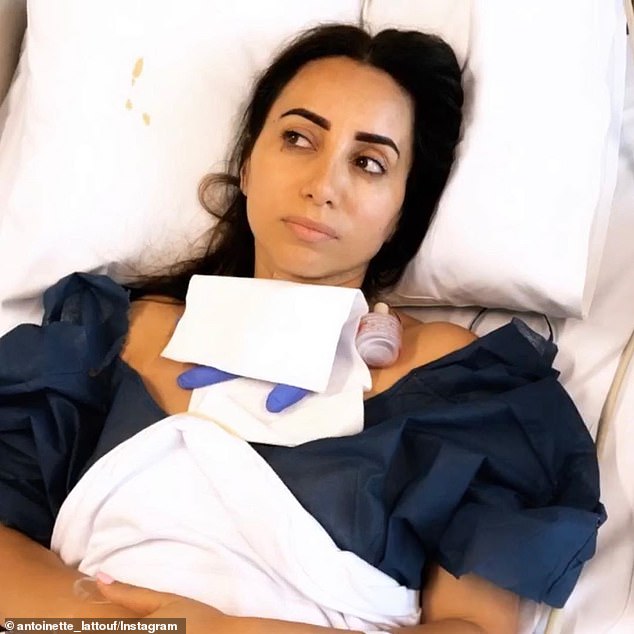 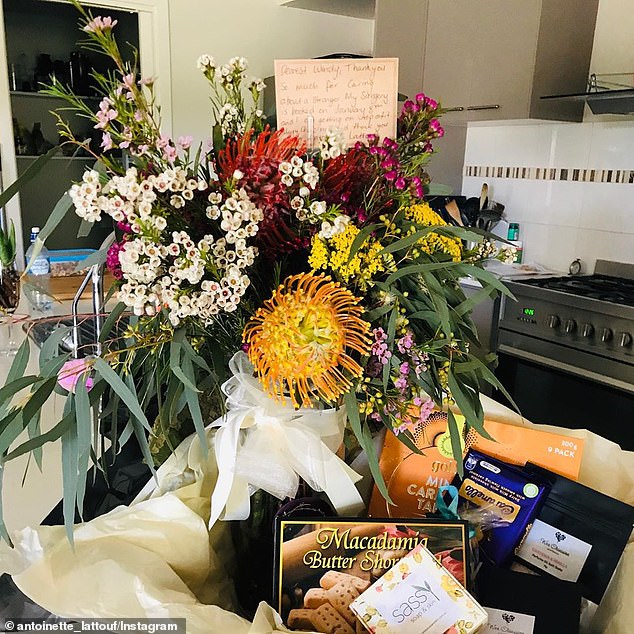 In people with Hashimoto’s disease, the immune system makes antibodies that attack the thyroid gland. This damages your thyroid gland, so it does not make enough thyroid hormone.

The journalist will meet and interview Mrs McCoy when she returns to Studio10 on Tuesday.

She told Daily Mail Australia that the pair have kept in touch throughout her ordeal.

‘I sent her thank you flowers and checked in on her because the Victorian fires were close to where she lives in Bairnsdale.

‘She wished me luck shortly before I went in the operating theatre,’ Lattouf said.

The journalist has also been made an Ambassador for the Australian Thyroid Foundation for her work in raising awareness about the dangers of cysts in the neck after her story made headlines around the world.

In her letter to Network Ten in November, Mrs McCoy from Werribee, Victoria, said she was not a doctor but that Lattouf’s lump reminded her a friend who had a cyst.

‘Has Antoinette Lattouf had her thyroid checked? I am not being smart or trolling just concerned with what I saw on TV today?

‘I felt concerned and thought I should say something,’ Ms McCoy wrote. 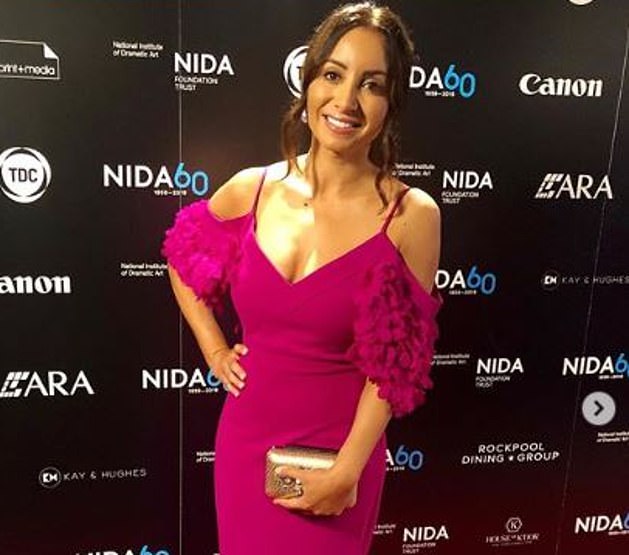 When she saw the message, Lattouf watched back her television section in which she discussed artist Kyle Montgomery’s controversial sculptures of the Virgin Mary.

Sure enough, she noticed a large lump protruding from the left side of her neck.

Writing for 10daily, she explained: ‘I was left shocked. It looked like I had an Adam’s Apple. Something was definitely protruding from my neck.’

Lattouf said she had a family history of thyroid cancer so went to see her GP.

What is a thyroglossal duct cyst?

A thyroglossal duct cyst happens when your thyroid, a large gland in your neck that produces hormones, leaves behind extra cells while it’s forming during your development in the womb. These extra cells can become cysts.

This kind of cyst is congenital, meaning that they’re present in your neck from the time you’re born.

In some cases, the cysts are so small that they don’t cause any symptoms. Large cysts, on the other hand, can prevent you from breathing or swallowing properly and may need to be removed.

After three blood tests, an ultrasound and a CT scan, she was diagnosed with an autoimmune disease a large cyst that needed surgery.

Lattouf explained that her cyst, just above her voice box, was not cancerous but even benign growths can cause serious harm if left untreated.

More common in women, they can affect muscle strength, bone health, heart rate and can be deadly in extreme cases.

She said it probably has been growing since she was a child and could affect her ability to speak, swallow and breath if she did not have it removed.

‘She wrote: Thank you for caring lovely Wendy!’

Lattouf said she also contacted Ms McCoy directly, who told her that she almost said nothing because she didn’t want to ‘seem to be interfering or meddling’.

‘But then I thought bugger it, because it stood out like a dog’s hind leg,’ Ms McCoy said.

Lattouf signed off her article with a plea for people to get checked if they notice a lump on their neck. 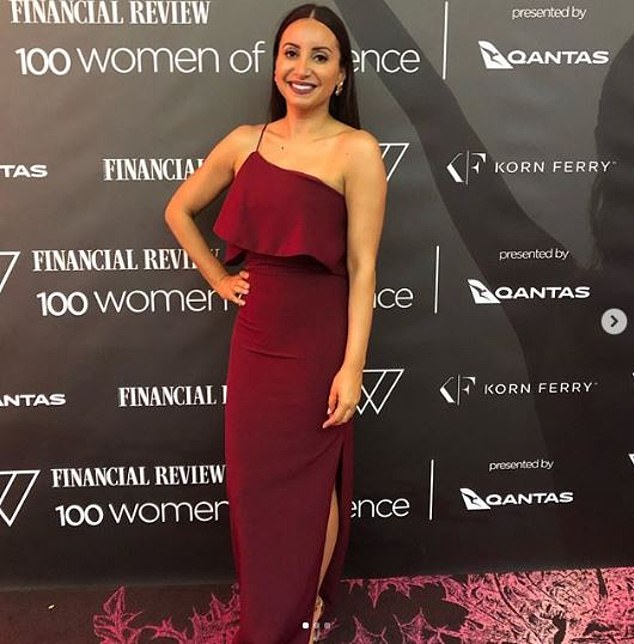 Lattouf (pictured) explained that her cyst, just above her voice box, was not cancerous but even benign growths can cause serious harm if left untreated