TV presenter Laurence Llewelyn-Bowen talks about his travels, from the magic of Glencoe to mountain hikes powered by gin

Laurence Llewelyn-Bowen checks in to our travel Q&A

He talks about exploring the Big Apple in his teens, the Bavarian castle that he’s dreaming of visiting, his earliest holiday memory – and more.

HAVE YOU TRAVELLED WIDELY FOR WORK?

I went all over the world for the BBC Holiday programme. I’ve also worked on The Apartment show in Asia, and on Trading Spaces, the American version of Changing Rooms.

ARE YOU A GOOD FLYER?

I’ve had the odd scary moment in a microlight, but still love being above the clouds. You either land at the end of a flight or you don’t!

My father died when I was nine and my mother had MS, so it wasn’t until I was 15 years old that I went abroad, visiting New York with a girlfriend whose father worked for the UN.

I was really taken by the elegance of the city and got to see a lot of New England, too.

WHAT’S YOUR NEW SHOW, PILGRIMAGE, ABOUT? 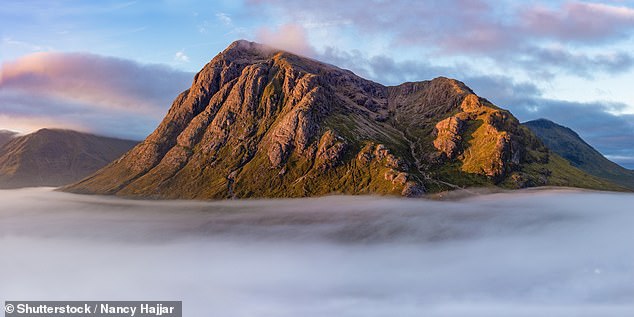 Laurence visited ‘magical’ Glencoe in the Scottish Highlands (pictured) when filming his TV show Pilgrimage: The Road To The Scottish Isles

We travel from Donegal to Iona, following in the footsteps of a sixth-century Irish monk. It was challenging, but the landscape was extraordinary and places such as Glencoe were just magical.

The brief hour or two when it didn’t rain. Apart from that, it was spending the night in a bothy [shelter] on the Causeway Coast with no electricity or running water — although we all had terrible hangovers the next morning.

No, I was extraordinarily blessed by my bootmaker, so I survived the experience better than the other ‘pilgrims’ in their off-the-shelf, fawn-coloured footwear.

TIPS FOR THOSE FOLLOWING IN YOUR FOOTSTEPS?

Never underestimate the healing power of gin. Everyone else relied on a water bottle — but my gin flask was about the only thing that got me up some of those mountains.

I grew up in the 1970s, but it felt like the 1950s because I was driven around in a large Jaguar by my parents to see churches and castles in Wales in the way that children in Ladybird books did 20 years earlier. I fear I was a frightful Little Lord Fauntleroy. 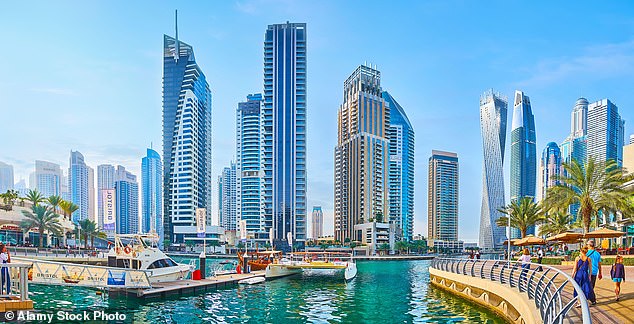 Whole new world: The United Arab Emirates is next on Laurence’s travel bucket list. Above is the famous UAE city of Dubai

My wife and I are hoping to visit the United Arab Emirates — but I think going anywhere too far away at the moment is tempting fate.