Channel 4 star Ant Middleton has reportedly been forced to quit his role as the Royal Navy’s Chief Cadet after just nine months, after his controversial ‘scum’ tweet about Black Lives Matter protesters.

The TV tough guy, who took on the role in November, is said to have left his bosses furious after posting the since-deleted tweet, amid protests over racial injustice.

According to The Sun, Middleton, 39, was given the option to quit or be sacked, with a source explaining: ‘He never thought he’d be given such a difficult choice. But he has decided to take matters into his own hands and step down. He’s gutted.’

MailOnline has contacted representatives for Ant Middleton for comment.

Amid the nationwide protests, some of which were usurped by rioters, Middleton took to Twitter in June, opining: ‘The extreme left against the extreme right.

‘When did two wrongs make a right. It was only a matter of time. BLM and EDL are not welcome on our streets, absolute scum. What a great example you are to your future generation. Bravo.’

He quickly took down the tweet, following backlash on social media, and later told The Mirror: ‘On Saturday night, I made comments about the violence breaking out across our streets. 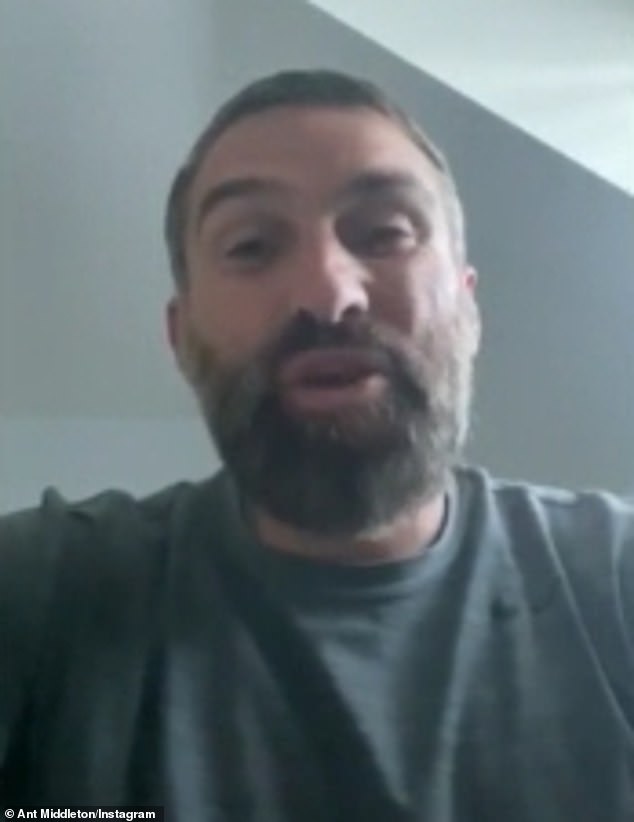 Backlash: Following backlash over his tweet, he said, ‘I did not mean to say that BLM are scum, or to imply that BLM and the EDL are equivalent’

‘While I remain dismayed at these actions, I am horrified to realise that my wording could be misconstrued. I did not mean to say that BLM are scum, or to imply that BLM and the EDL are equivalent.

‘I was trying to make a comment about violent protesters of any kind who I despise. I accept that my tweet was inappropriate and offensive and would like to apologise unconditionally. I am anti-racist, anti-hate and anti-violence.

‘I believe in the right to protest, but change must come about through peaceful and legal means.’

The news comes after it was revealed that Middleton had been given the boot by Soccer Aid 2020 amid fears that his involvement would offend other players. 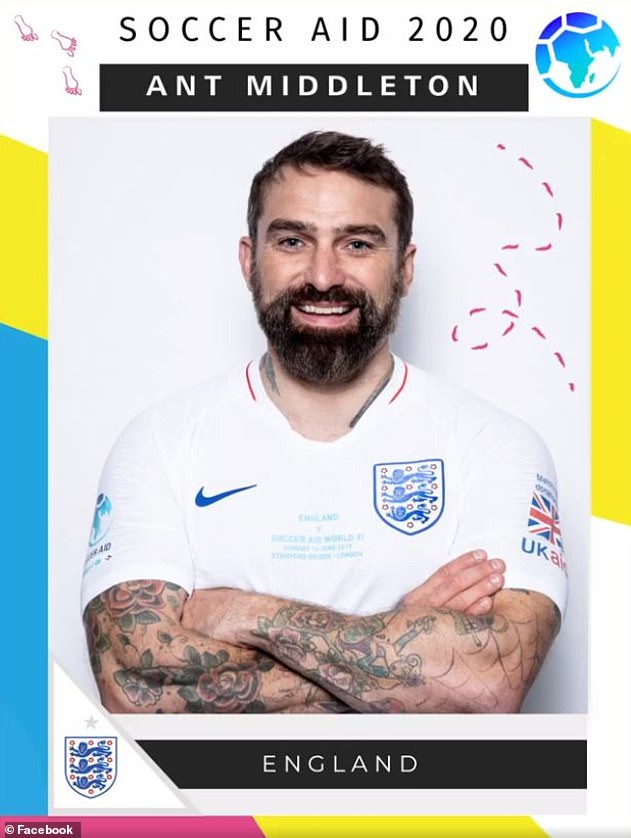 Boot: The news comes after it was revealed that Ant had been given the boot by Soccer Aid 2020 amid fears that his involvement would offend other players

The popular televised charity football match, which has raised £38 million for children’s charity Unicef since being founded by singer Robbie Williams in 2006, is due to be broadcast live next month.

Among those expected to play in the England vs Soccer Aid World XI match are Usain Bolt and former Manchester United ace Patrick Evra.

It is unclear whether organisers kicked out Middleton at the request of other players or to protect the image of the match, which attracts significant corporate sponsorship and support from the Government.

Middleton was a second-half substitute in last year’s fixture and had been expected to start the match at Old Trafford this year. He has also been promoting the fixture, appearing in ads wearing his England kit. 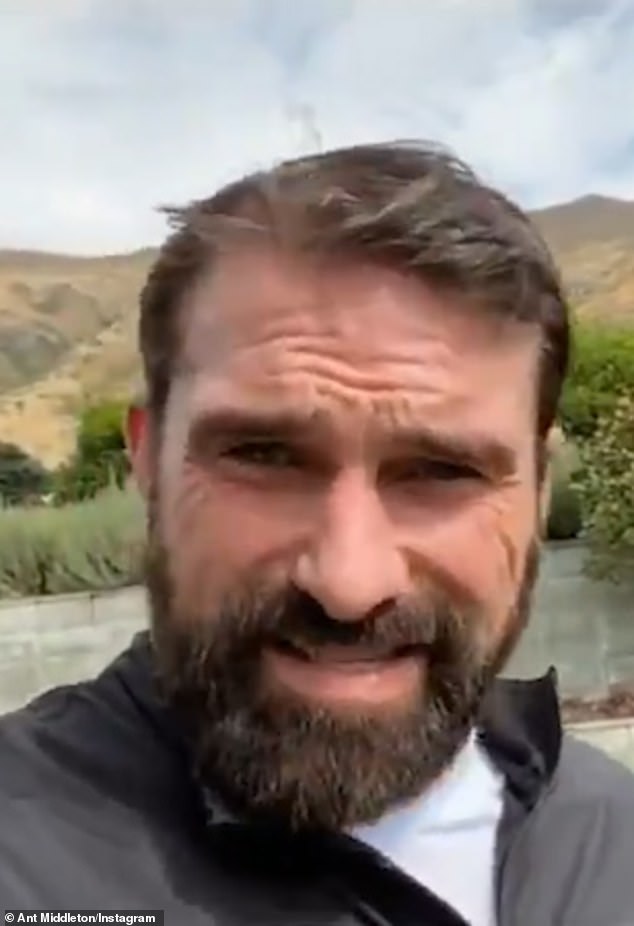 Tough guy: In March, Middleton sparked outrage, after announcing that he’s refusing to accept COVID-19 as a threat, amid the growing pandemic

In March, Middleton sparked outrage, after announcing that he’s refusing to accept COVID-19 as a threat, amid the growing pandemic.

The former solider took to Instagram to announce that he was continuing on with life as usual, despite Britain’s then-stringent lockdown, and ended his video recording with the terse statement: ‘F**k COVID-19!’

Speaking into his camera, the TV personality said: ‘Am I still out travelling the world? Yes. Am I still shaking hands? Yes. Am I still cuddling fans at the airport? Yes. Am I washing my hands and keeping my hygiene to a high standard as always? Yes.

Captioning his clip, Ant said that fans should thank him if they end up contracting the virus from him, because it will ultimately make them stronger.

Middleton, who at the time was in New Zealand, later apologised, saying: ‘Now I’ve come out of this bubble I’ve realised I’ve probably been a bit insensitive towards the magnitude, the scale, of the crisis that’s happening in the UK.’

He said he had deleted his previous posts as they contradicted government advice and he ‘wouldn’t want people to come across that now’.

‘I’ve decided to admit that I made a mistake. I always talk about integrity, take that on the chin and come back to the UK and do the best that I possibly can,’ he said.

He praised the emergency services as well as NHS staff and other key employees working throughout the crisis. 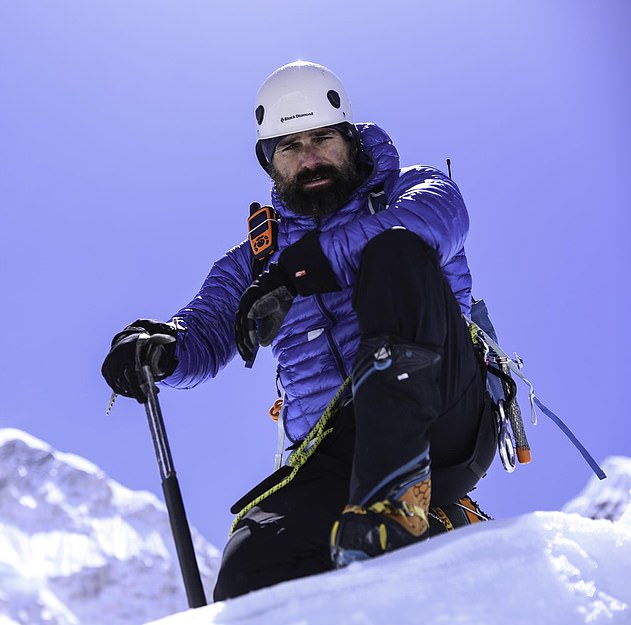 Cheated: Earlier this year, former soldier Ant admitted he cheated on his TV Everest challenge after he left his crew and was flown out to a luxury hotel and spa during the trek