A pair of twin acrobats are bringing a whole new meaning to the idea of sisterhood by showing off their synchronicity in a series of mind-boggling images and videos – one of which has racked up more than three million views online.

Australian sisters Jasmine and Brooke Flanagan, 13, have more than 21,000 followers for their account @twinrobats_jaz_brooke, where they regularly post videos and pictures of them posing in acrobatic positions and performing gymnastic stunts.

But one video in particular, which was shared to their account earlier this month, has earned the flexible pair their five minutes of online fame after taking the internet by storm and quickly going viral, with people from around the world marveling at their impressive skills and flexibility.

Posting the video on Instagram, the girls said of the clip: ‘When a twin has a broken arm we get creative.’

Earlier this month, Jasmine broke her arm, leaving the two acrobats to get inventive with their gymnastic routines – which usually involve the two sisters perching on top of one another, using their arms for balance.

But the pair certainly weren’t going to let one broken limb get in the way of their acrobatic routines, opting instead to be a bit more creative with their moves, something which is clear to see from their funky footage.

The clip opens with the song Sucker for Pain, followed by the twins kicking up their legs in unison.

Jasmine, who is lying behind Brooke then lifts her right leg in the air and almost immediately, Brooke pulls it back down as part of the routine. 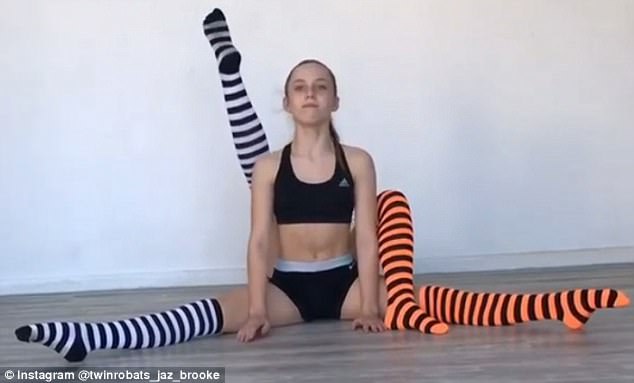 Viral: One of their most recent videos shows them performing synchronized moves and has gotten more than three million views 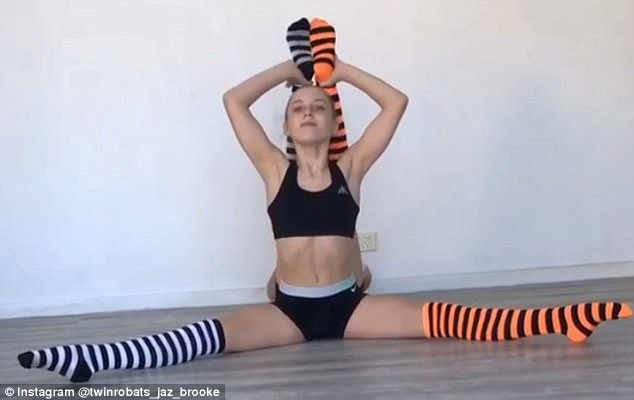 Sassy socks: In the video, the 13-year-old girls are also sporting some funky, striped socks

Jasmine then does the same thing but with the other leg and Brooke again, grabs it and brings it back down to the floor.

Still lying behind Brooke, Jasmine spreads her legs and the two proceed to simultaneously move their feet and point their toes outward.

Before the video cuts out, Jasmine plants her feet on the floor in front of her sister who then picks up Jasmine’s feet and lifts them up over her own head.

Despite the tension acted out in their routine, the Jasmine and Brooke actually get along very well and prefer to perform together than compete against each other, according to Cosmopolitan.

The twins have no idea how their video managed to go viral but it could have something to do with their funky socks that they have worn during other routines before. 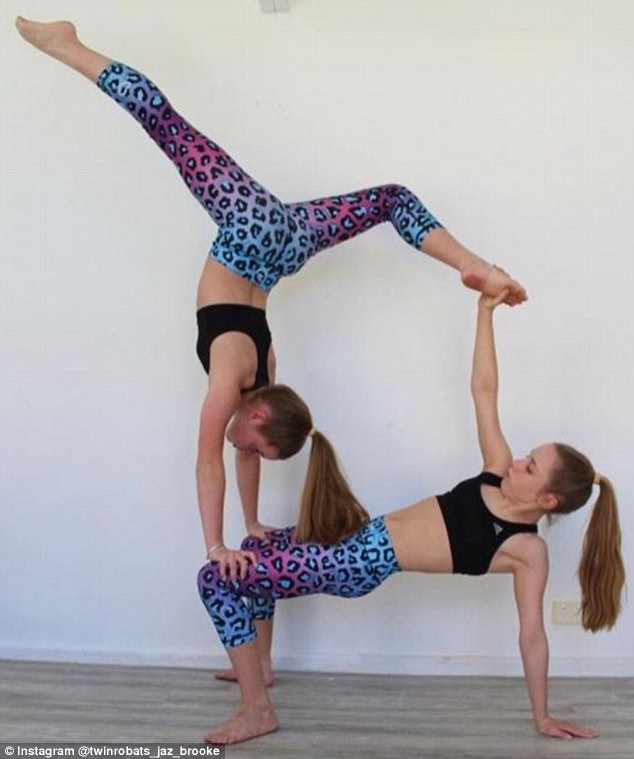 Prefer to perform together: The twins would rather do routines together than compete against one another 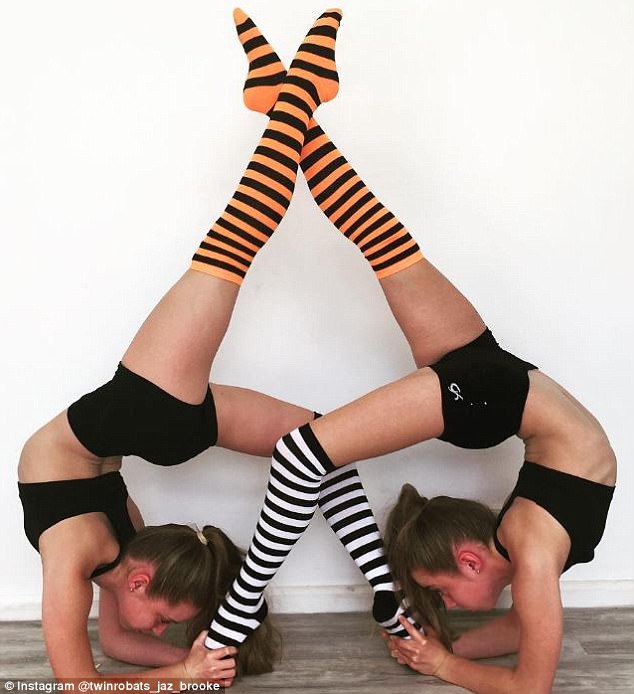 Making their moves: The twins said it took 45 minutes total to shoot the video and get the routine down 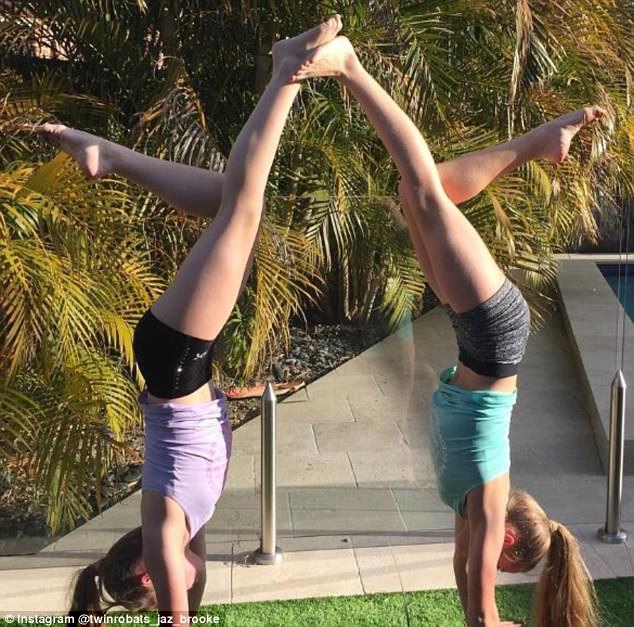 Perhaps people were intrigued because it was shared so close to Halloween or maybe it was the creativity behind a seemingly simple routine.

The twins said that the whole process took about 45 minutes – ’30 to get the moves and three attempts before posting,’ they said in the comments.

Fans also took to the comments section of the social media app to admire the girls and their gymnastic abilities.

One person simply said: ‘Goals’ while another said: ‘This is so cool.’ One person even asked ‘How does she have four legs?’

Jasmine and Brooke compete on Acrogym’s Elite Senior Acrosquad and train five days a week for about three and a half hours, according to Cosmopolitan.

They work on strength, flexibility, dance and partner skills, which they seem to have down perfectly if their pictures and videos are any indication of their gymnastic prowess.