A young girl whose mother violently attacked her and her twin sister when they were just weeks old is now thriving, despite being told she would never be able to walk.

Alicia Terlato is smiling, walking and talking just like any other eight-year-old, but the outlook wasn’t always so bright.

Just weeks after birth, Alicia suffered a fractured skull, arm, legs and collarbone after her mother Tina launched a shocking attack on her two innocent newborn daughters inside their suburban Melbourne home.

Alicia’s twin sister Amanda never recovered from the attack on Anzac Day in 2012.

Tina was charged with murder, but instead pleaded guilty to one count of infanticide and another of recklessly causing injury, meaning she never spent a day behind bars.

It has been a long road to recovery for Alicia and equally so for her father Paul, who said after living through something of a real life ‘horror movie’, his daughter is ‘doing great’.

Alicia Terlato is now smiling, walking and talking just like any other girl her age, eight years on from a horror attack at the hands of her mother Tina. The vicious assault left Alicia with serious injuries and means she will suffer disabilities for life 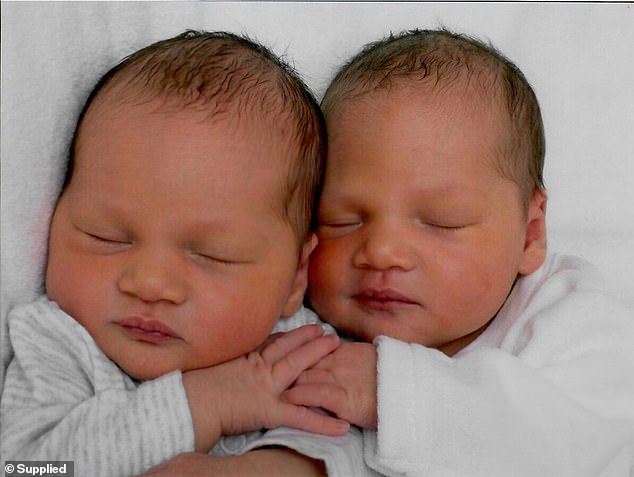 When Alicia and her twin sister Amanda weer just eight weeks old they were violently attacked by their mother. Amanda’s injuries proved fatal, while Alicia continues to make almost weekly trips to the Royal Children’s Hospital for appointments. Their mother Tina avoided any jail time

‘She’s defying all the odds my little girl, she’s beaten everything,’ he said.

‘They said she wasn’t going to talk and walk, or see, and she does all that plus some.

‘It’s still hard but I’m lucky I’ve got Luke (her brother), because for a 10-year-old he is very mature for his age and can help with a lot of things too.’

It would be an understatement to say Paul is proud of his daughter.

Doctors predicted Alicia, who suffers cerebral palsy, would be in a wheelchair for life.

She now attends a mainstream primary school and although her disabilities will stay with her for life, she only uses a walker when tired.

She’s defying all the odds my little girl, she’s beaten everything,

Paul Terlato on his daughter Alicia

She has progressed so well that she is on the verge of running for the first time ever.

But despite her improvements, the Year Two student returns to the Royal Children’s Hospital most weeks in order to fulfill her never ending list of medical appointments.

Regardless, it doesn’t get her down.

She loves going to Melbourne Victory games with her father and brother, talking to her friends online and is excited to get back to school to see them in person.

More recently a pre-coronavirus cruise holiday with her dad and brother provide one of the biggest highlights of her life to date.

‘The last holiday we had was 2015 to Queensland, but Alicia really doesn’t remember it because he was way too young,’ Paul said.

‘But this one, they won’t forget it. It was fantastic.’ 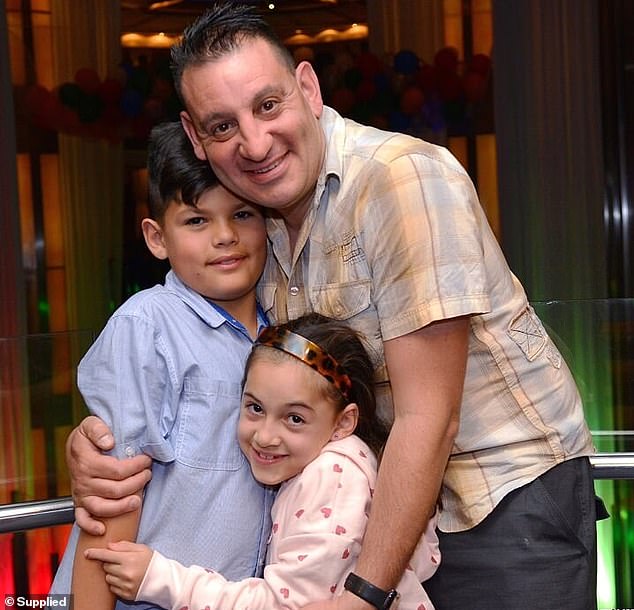 Alicia’s father Paul (pictured) was told his surviving daughter would likely be confined to a wheelchair for life, but she has ‘defied the odds’. Mr Terlato also praised his son Luke (left) who he says is ‘mature beyond his years’ and has helped his sister’s development enormously 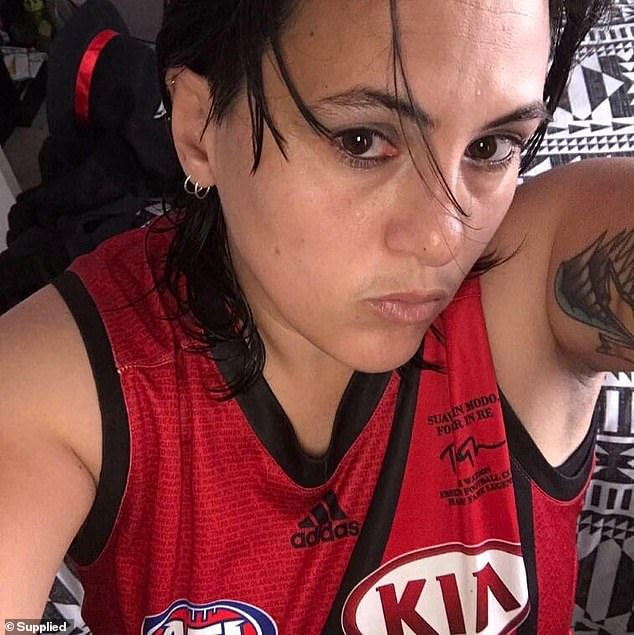 Tina Terlato (pictured) was charged with murder, but instead pleaded guilty to one count of infanticide and another of recklessly causing injury. She was sentenced to a 12-month community corrections order, meaning she never had to spend a day behind bars

Alicia’s disability means a lot of work for Paul, who as a single parent has put his kids firmly ahead of himself.

While he says some people urged him to take a holiday alone, that was never on the table.

‘I’m not one of those people who always handballs kids over to grandparents, or to a carer to have a night out or go to the pub – I can’t do that,’ Paul said.

‘I can’t leave them home and then me enjoy the holiday. We’re a family, we’ve got to do things as a family.’

Alicia’s aunt Michelle Terlato has been a constant source of support for her brother-in-law and his family.

While there have been ups and downs as they have watched Alicia’s journey, an extra pain has been knowing her attacker never had to spend a day behind bars.

‘We were disappointed in the so-called justice system… the sentence was pathetic, that’s probably the best word to describe it,’ Michelle said.

‘To think that you could take someone’s life and simply get a 12-month community corrections order.

‘There was absolutely no justice for Alicia, who was so badly abused and hurt, and is going to have to live with that for the rest of her life.

‘And secondly Amanda, who completely lost her life. She was murdered, basically, by her own mother – the one person who should care for her most.’ 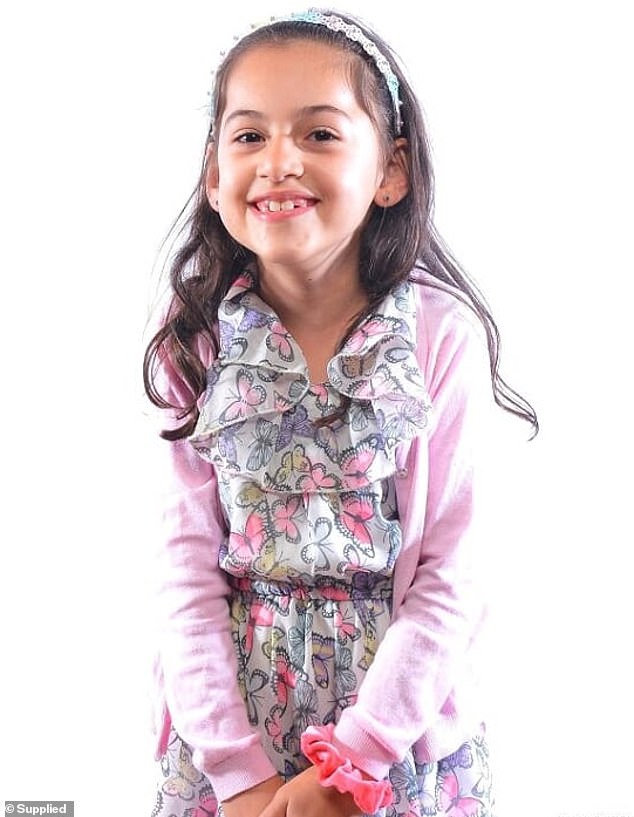 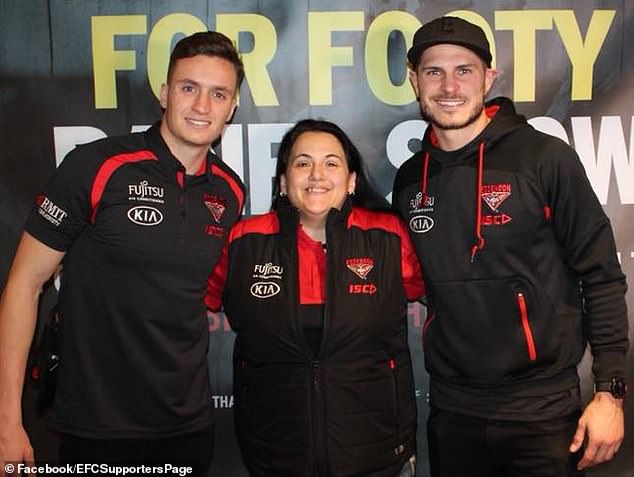 Michelle says that in the hours after she received a call to say the twins were both at the Royal Children’s Hospital, she was confused.

‘The babies were only eight weeks (old) and we had a call from my mother-in-law and she said that Paul had called from the hospital to say that Amanda was in surgery, for some reason she stopped breathing and they are trying to save her life,’ she recalls.

‘We were all pretty shell shocked. It just came completely out of the blue.’

Victorian Police quickly suspected abuse from either Tina or Paul and took the pair in for questioning.

Eventually the truth came out and Tina was charged with murder, before agreeing to a deal that saw her plead guilty to infanticide.

Tina was found to be suffering from post-natal depression at the time. 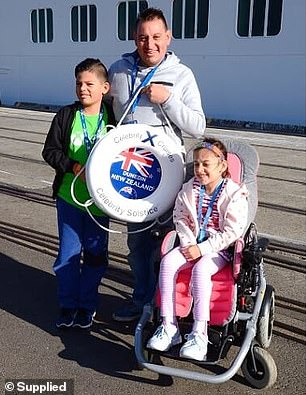 Paul and his children recently took a holiday on a cruise ship, something Alicia ‘loved’

‘Although the exact mechanism of the infliction of (Amanda’s) fatal injuries and the infliction of the non-fatal but devastating injuries to (Alicia) is difficult to determine, it is clear that they were inflicted by a loving mother suffering from significant emotional and psychological compromise,’ Justice Bongiorno said.

‘Her moral culpability… is either non-existent or of such a low degree as to be negligible.’

She is a big Essendon Bombers fan and has weekly access to Alicia and her older son Luke.

The story of Alicia’s survival can now be told after the expiry of a suppression order that for the last eight years has meant she could only be referred to as ‘Baby N’.

Having long wanted to tell their story and advocate for the infanticide laws to be reassessed, it is only now that they can tell it without restriction.

‘We’ve been through court cases in the Supreme Court, Children’s Court and Family Court, a coronial inquest, it has almost been a full time job for eight years, so this is a huge day in our lives,’ Michelle said.

‘Why it’s such a big day is that its been so hard to accept because the mother has never shown any remorse.

‘That’s one of the things that has hurt us the most she has never, ever accepted what she has done and taken responsibility for it… she has just blamed everyone else.

The lifting of the suppression order is also important to Paul, who says it has meant the death of Amanda has felt ‘hidden’. 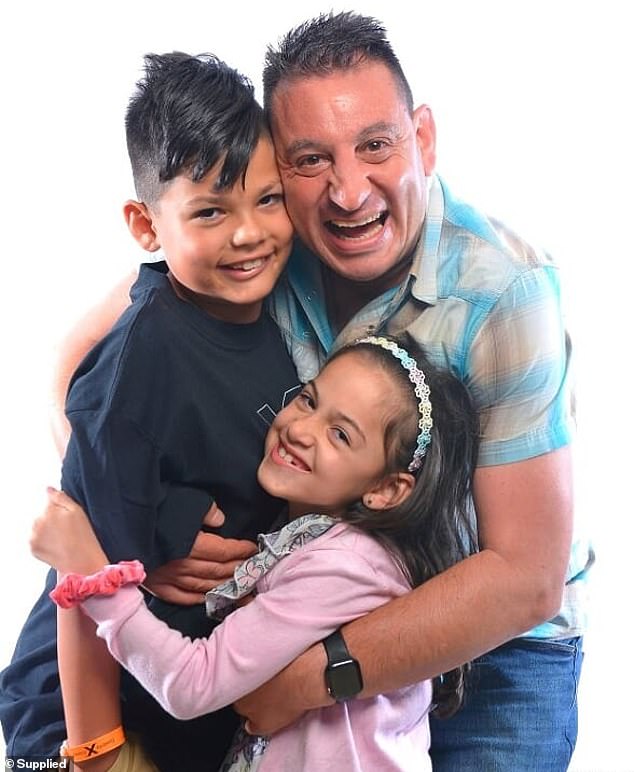 While her father holds high hopes that the improvements of recent years will go on, regardless of what the future holds he – and her brother – are determined to be by her side every step of the way

‘The poor thing. Because everything had to be hidden under the suppression order it was almost like she disappeared off the face of the planet,’ Paul said.

‘Now I can have a voice for her.

There are many tough years ahead for Alicia, but she will not be doing it on her own.

While her father holds high hopes that the improvements of recent years will go on, he is prepared to be by her side regardless.

‘Just like any child you have, I want her to grow up happy and healthy, to get married and have children, to have independence and to work,’ Paul said.

‘But if it doesn’t eventuate like that it’s not going to worry me.

‘She can stay with me for the rest of her life. I’m her father and nothing is going to change that.’