Walter passed away on Tuesday at his Los Angeles home, with his son, screenwriter Zak Olkewicz, confirming his father’s death to the Hollywood Reporter.

The actor was most famous for his role as bartender and croupier Jacques Renault on the original series of Twin Peaks which ran for two seasons between 1990-1991.

Walter had battled numerous health issues during the past 20 years, with a series of knee surgeries leading to infections that caused him to become bedridden.

RIP: Twin Peaks actor Walter Olkewicz has died aged 72 (above in the show as Jacques Renault)

He was then forced to take a break from acting – with his final onscreen role in the 2017 Showtime reboot of Twin Peaks where he played Jacques’ brother Jean-Michel.

Walter shot to worldwide fame as the Canadian Renault, the brother of Jean Renault, (played by Michael Parks) and Bernie (Clay Wilcox)- he  became a suspect in Laura’s death.

He starred on the first season of the ABC drama before reprising his role in Twin Peaks: Fire Walk With Me (1992) and Twin Peaks: The Missing Pieces (2014). 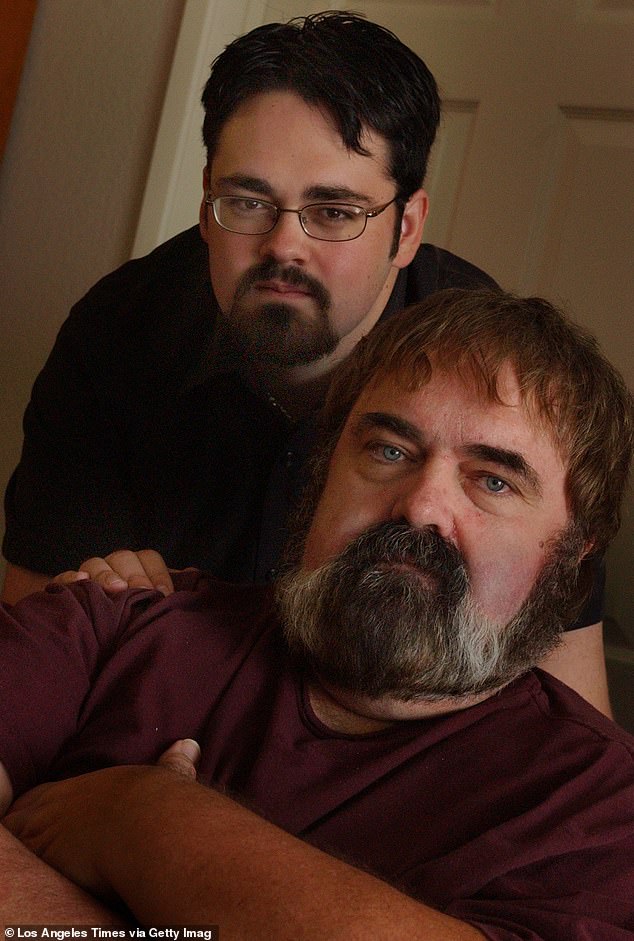 Tragic loss: Walter passed away on Tuesday at his Los Angeles homes, with his son, screenwriter Zak Olkewicz, confirming his father’s death to the Hollywood Reporter  (pictured together in 2003)

The star made his final Twin Peaks appearance in the 2017 Showtime reboot, with his son telling the website: ‘It was his first role in almost 15 years, and he did it all from behind a bar to cover the fact that he couldn’t stand.’

As well as his son, Walter is survived by his daughter-in-law Katrina Rennells and grandchildren Sadie and Declan Robert.

He was born in Bayonne, New Jersey, USA in 1948 and made his acting debut in 1976 drama, Futureworld. 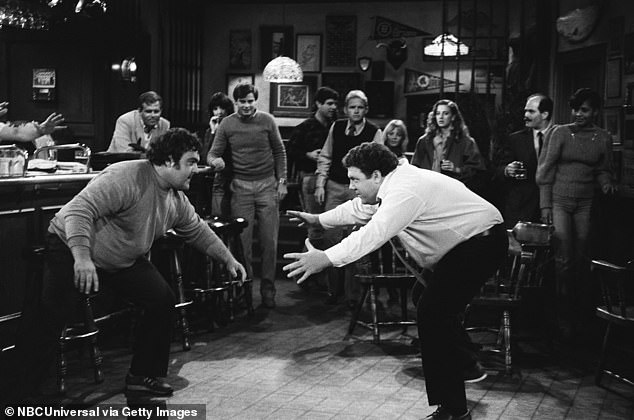 The star then played Private Hinshaw in Steven Spielberg epic 1941 (1979) – which sparked a flurry of movie roles including Making the Grade (1984) and Christopher Guest’s The Big Picture (1989).

He starred as mafia lawyer Jerome ‘Romey’ Clifford in gritty 1994 thriller, The Client, where he appeared alongside Susan Sarandon and Tommy Lee Jones.

Aside from his Twin Peaks TV success, he also starred as Dougie Boudreau in sitcom Grace Under Fire from 1993 to 1996 – and had roles in shows including Cheers, ER, Murder, She Wrote, Married … With Children, and Moonlighting.