A bin lorry driver who pulled onto a ‘treacherous’ main road without looking, striking a school minibus and killing a 14-year-old girl, has been jailed.

Sentencing Buck, who had just weeks before the fatal crash had eight penalty points cleared from his licence after failing to stop at a 2014 accident, the judge told him he had performed a ‘seriously dangerous manoeuvre’.

Buck was jailed for three years and four months and disqualified from driving for five years and eight months, after previously pleading guilty to causing Holly’s death by dangerous driving.

In court on Monday, Holly’s father Martin and mother Sari, paid tribute to their ‘beautiful’ daughter and said their lives had been left ‘broken’, ’empty and incomplete’.

Buck had been working as an agency driver for Birmingham City Council, driving a recycling route since January 2017, when the crash happened on the A38 Kingsbury Road, Birmingham, on July 7, last year.

Opening the case, James Dunstan, prosecuting, said Holly was among 21 students from John Taylor High School in Barton-under-Needwood, Staffordshire, on a school trip to the city’s botanical gardens and Wolverhampton Art Gallery. She and others aboard had all been wearing seat belts. 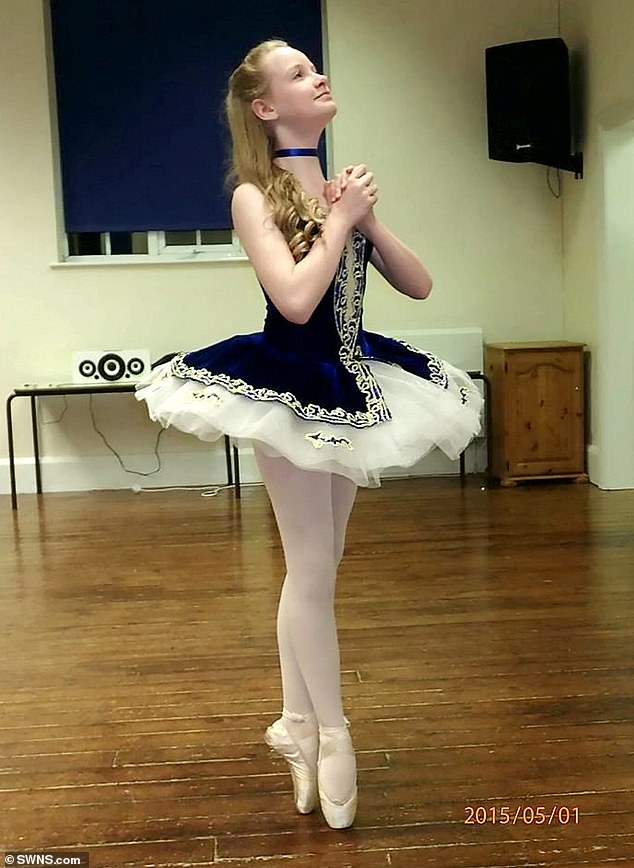 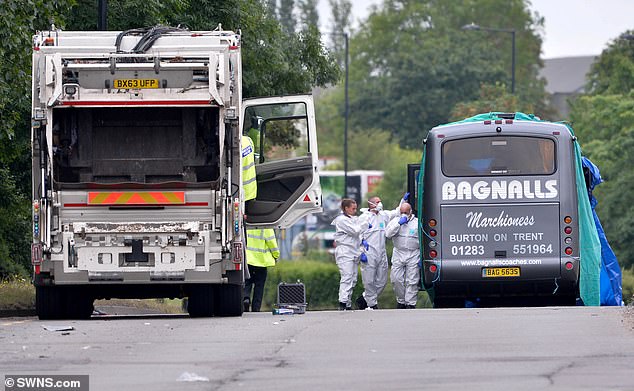 Forensics officers are pictured at the scene of the crash, where the young girl was killed in Birmingham 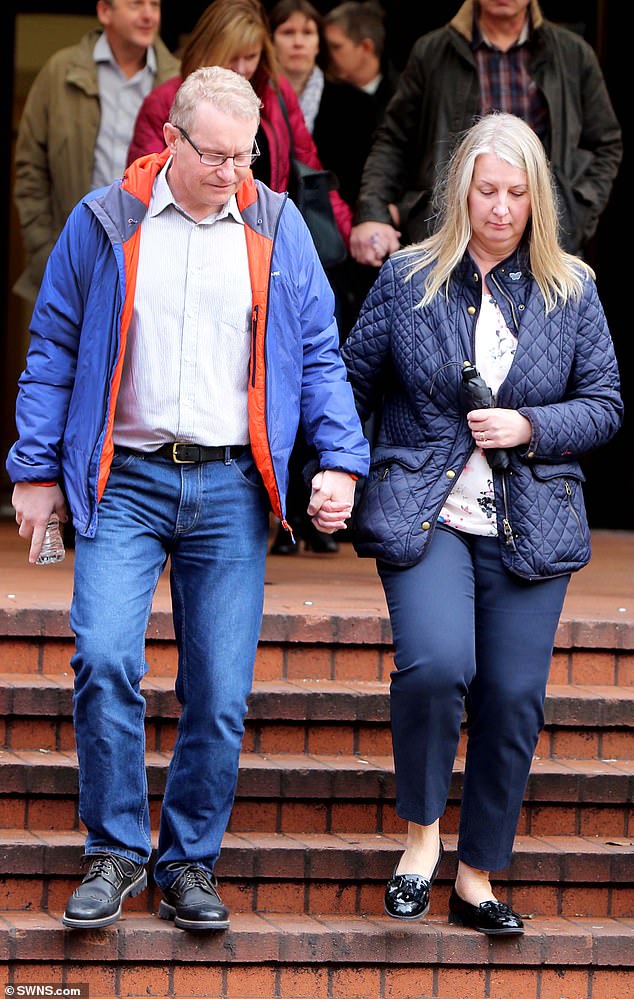 Mr Dunstan said the coach driver, Gavin Bagnall, was travelling at 39mph on the 40mph dual carriageway, when the bin lorry pulled out from his right, hitting the side of the passing minibus.

The Crown’s barrister said: ‘You can actually see from the coach’s CCTV, Mr Buck is pulling out from the right.

‘It (the lorry) doesn’t stop, it simply continues as though Mr Bagnall’s vehicle was not there.’

Mr Bagnall did all he could, the court heard, pulling left into a bus stop siding, but not enough to fully clear his bus from the path of Buck’s turning lorry.

Mr Dunstan said: ‘As Mr Buck was still turning to his right, the near-side of the lorry cab collided with the minibus and killed Holly Brown instantaneously.’

The force of the crash knocked the minibus onto its near-side wheels but ‘mercifully’ righted itself, without rolling. 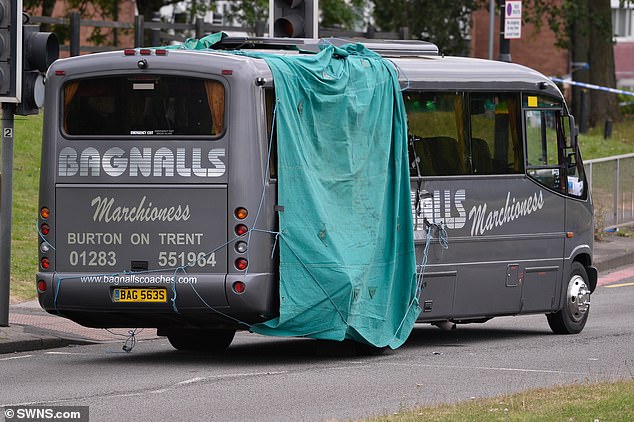 Buck stopped at the scene, as those aboard were left ‘distraught’ by what had happened, the court heard.

In court, a victim impact statement by Holly’s twin sister Emma described her sibling as the ‘half of me I’ll never be able to get back’, as her family sat in the packed public gallery.

She said: ‘We had a special bond only a twin could understand. I always knew she was going to do great things.’

Her father, at times emotional, read his personal tribute in court and said: ‘I still find it had to accept my beautiful daughter in no longer with us.

‘The hole the death has left in our lives is truly enormous.’

He described a traffic officer coming to the family’s door only an hour after his wife had dropped their ‘excited’ daughter off at school, ahead of the trip, to tell them the news.

Mr Brown added: ‘All around us there are constant daily reminders we are a family of three and not of four, and it makes me feel so empty and incomplete.

‘We have to live with the sadness every day now, for the rest of our lives.

‘It is a much quieter house now.

‘Gone are the giggles from the upstairs, of the children playing.

‘As funny as it might sound, I also miss the quarrels and arguments for these are also a reminder of a life, a life that exists for me only in the past, now.’

He said: ‘The dreams about where she would go in life, and what she would do and places she would visit.

‘The accident that could so easily have been averted has deprived Holly of this, and it feels such a waste of life.’

Judge Avik Mukherjee told Buck, of Kingshurt Way, Kingshurst, Birmingham, that his previous driving offence from 2014 and his attempt to lay blame for the crash at Mr Bagnall’s door were ‘significant aggravating factors’.

He found Buck, who he accepted expressed ‘heartfelt remorse’, had lied to police in his interview, claiming he had paused for ‘five to 10 seconds’ before pulling out.

‘That wasn’t true,’ the judge told him, adding that Buck himself had also told traffic officers he considered the road ‘treacherous’.

Judge Mukherjee added: ‘Perhaps worst of all, you laid the blame at Mr Bagnall’s door, suggesting he himself had been speeding.’

Jailing Buck, who was wearing a white short-sleeve shirt in the court dock, the judge said: ‘This was a seriously dangerous manoeuvre, on this road, in that vehicle, being driven by you, a public servant.

‘It was a manoeuvre impossible to complete safely.’

Buck was sacked following the accident.

After the hearing, Detective Sergeant Alan Hands of West Midlands Police said: ‘Although this result will never bring Holly back, I sincerely hope her family find some comfort knowing Buck is behind bars and we continue to do all we can to make the roads safer.’