No mail today, I’m a bit tied up! Postman gets a cheeky surprise as artist installs ‘twisted’ pillar boxes across UK

Postboxes across the country appear to have tied themselves in knots.

Twisted postbox sculptures have sprung up around England, in the latest project by artist Alex Chinneck – known for his public artworks that transform everyday items.

The installations, called Alphabetti Spaghetti, appeared in London, Margate in Kent and Tinsley in Sheffield, yesterday.

Each of the three places were chosen for the connection to the artist, with previous sculptures including a sliding house with curving bricks and an upside down car.

Tied in knots: Twisted postbox sculptures have sprung up around England (one pictured in Tinsley, Sheffield), in the latest project by artist Alex Chinneck

Mr Chinneck made his first public artwork in East London in 2012, while his second project was in Margate, in 2013.

He is currently working in Tinsley, in the north-east of Sheffield, preparing a major new public art trail of sculptural red brick chimneys, inspired by the city’s industrial heritage.

He said: ‘I want as many people as possible to be able to see and hopefully enjoy my work. 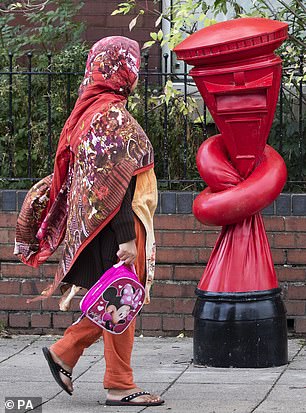 ‘I’m excited to unveil this series in three places simultaneously which have a personal connection for me.

‘We’re also looking forward to touring the knotted boxes to other locations across the UK.’

Councillor Mary Lea, from Sheffield City Council, said: ‘I am thrilled that Alex has chosen Tinsley as one of three locations for Alphabetti Spaghetti.

‘As the thousands who saw his upside down car will testify, art can appear in the strangest places and conjure the strangest reactions.

‘Tinsley may not be a place that people expect to see great art up close and personal – and that’s what makes this even more special.

‘It has a rich industrial heritage and the people who live there are proud of their community.

‘It’s also a sign of things to come for this area as work continues on the Onwards and Upwards project.

‘This exciting project, working hand in hand with an acclaimed artist, is still very much part of our plans and will see a stunning canal-side trail that promotes healthy living, heritage and cultural engagement.’ 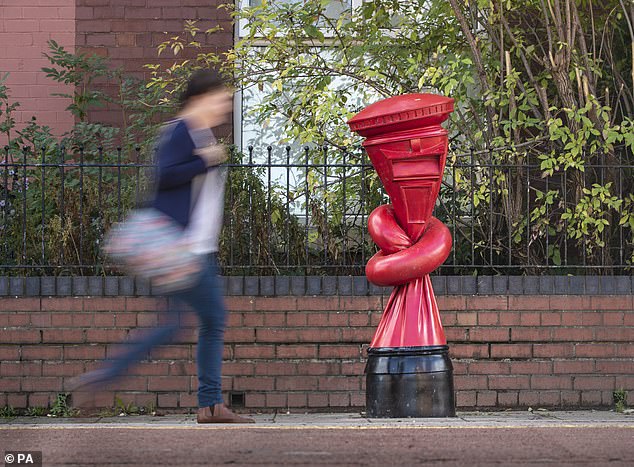 Chinneck said: ‘I want as many people as possible to be able to see and hopefully enjoy my work.’