Twitter has unveiled new labels marking the tweets and accounts of ‘state-backed media’ as well as official government entities, in a move it says will ‘increase transparency and accountability.’

Twitter on Thursday announced the new steps to prevent the spread of content from state-affiliated media used to advance a government’s political agenda — a move affecting key outlets from Russia and China.

Official government accounts, such as the White House, and key government officials tasked with communicating foreign policy abroad will also receive the labels.

For now, Twitter says the changes will only be applied to the five permanent members of the UN Security Council, which are the US, UK, France, Russia and China. 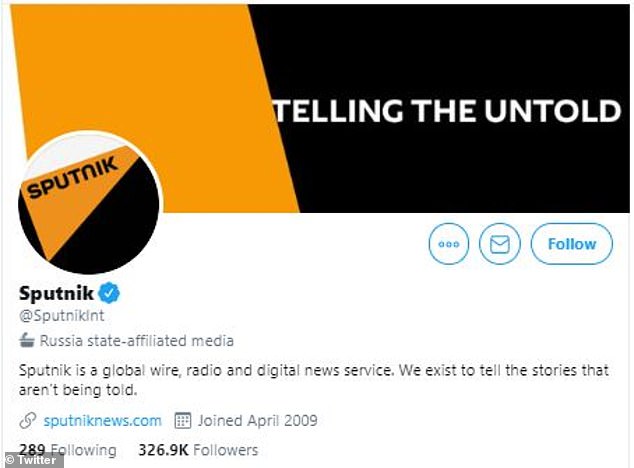 Twitter said that it would define state-backed media outlets as ‘outlets where the state exercises control over editorial content through financial resources, direct or indirect political pressures, and/or control over production and distribution.’

‘Unlike independent media, state-affiliated media frequently use their news coverage as a means to advance a political agenda,’ the company said in a statement.

Already, the label has been applied to a number of Russian outlets, including RT and Sputnik, as well as Chinese news services such as China Daily and Xinhua.

Top editors and senior staff at the designated news outlets will also receive the label on their tweets, Twitter said. 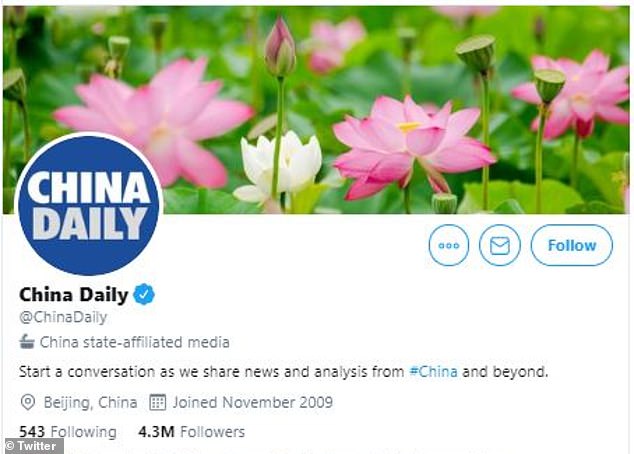 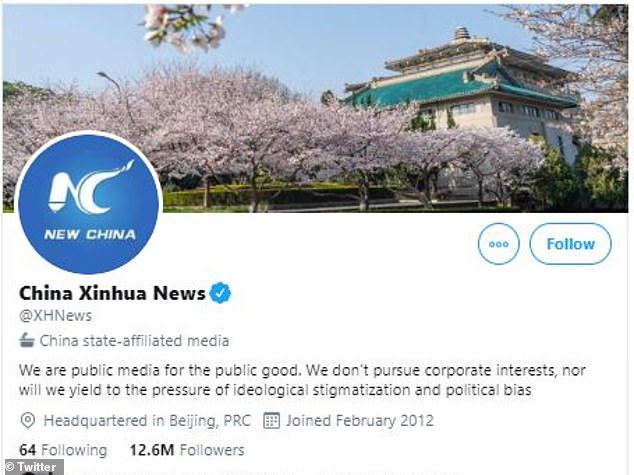 Twitter’s announcement follows a similar action by Facebook earlier this year which labeled content from media which are editorially controlled by governments.

It follows increasing tension over Twitter’s role as an arbiter of public debate, after bitter spats between the social media site and President Donald Trump.

In recent months, Twitter has moved aggressively to slap fact-checking labels and warnings on certain of Trump’s tweets, and this week even removed a video of the president claiming that children are ‘almost immune’ to coronavirus, calling it medical misinformation.

In fact, children are not immune to the virus, but appear to suffer serious side affects and mortality at a dramatically lower rate than older individuals.

Twitter’s latest move come amid concerns over campaigns by governments aimed at influencing elections and public sentiment in other countries through media outlets that disguise their true origins.

State-led influence campaigns were prominent on social media during the 2016 US elections and have been seen around the world. 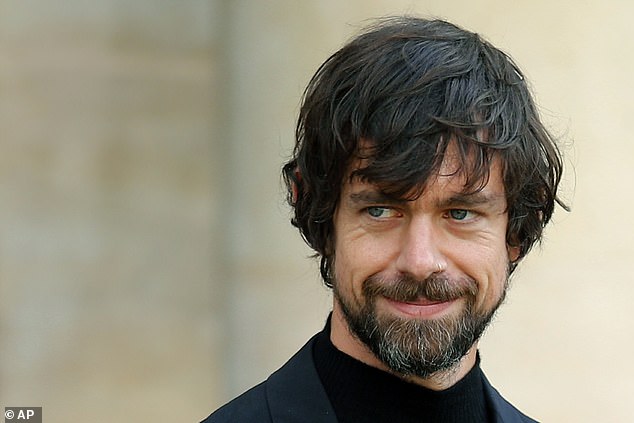 Twitter CEO Jack Dorsey is seen in a file photo. The social media site has been taking more aggressive steps to label and even remove controversial content ahead of the election 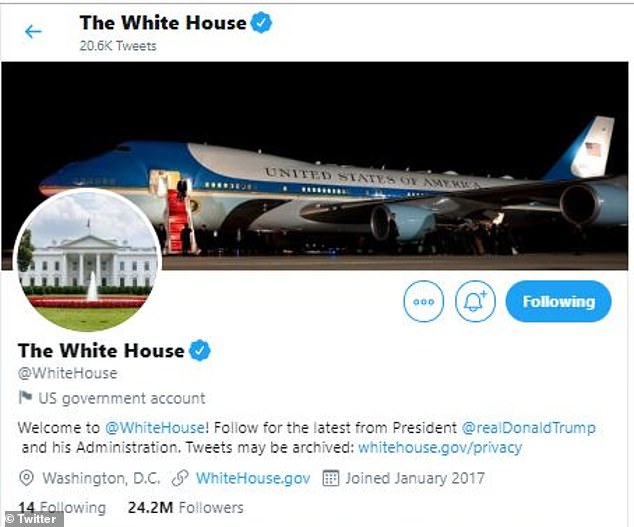 A recent report by Oxford University researchers found disinformation and conspiracy theories spread by leading media outlets from Russia and China, as well as from Iran and Turkey — all of which are state-controlled or closely aligned to regimes in power.

‘We believe this is an important step so that when people see an account discussing geopolitical issues from another country, they have context on its national affiliation and are better informed about who they represent,’ the statement said.

Meanwhile, Facebook on Thursday said it took down accounts running a deceptive campaign out of Romania pretending to be Americans supporting US President Donald Trump.

The network targeted the US with posts about the upcoming presidential election; the Trump campaign, conservative ideology, Christian beliefs and the ‘Qanon’ conspiracy theory, according to Facebook.

‘The people behind this network used fake accounts to pose as Americans, amplify and comment on their own content, and manage pages including some posing as President Trump fan pages,’ Gleicher said.

The Facebook security team determined that the activity originated in Romania and focused on the US.

‘We found this network as part of our investigation into suspected coordinated inauthentic behavior ahead of the 2020 election in the US,’ Gleicher said.

The network often reposted stories by US conservative news networks and from the Trump campaign, according to Facebook.

Facebook pages in the campaign had about 1,600 followers, while about 7,200 people followed one or more of its Instagram accounts, the California-based internet giant reported.

Coordinated deception such as this ‘blurs the live between healthy public debate and manipulation,’ Gleicher said while briefing reporters.

‘We can only tackle one piece of what is a whole-of-society challenge; it is increasingly clear no single organization can handle this alone.’

He echoed a call from Facebook chief executive Mark Zuckerberg for political leaders to establish clear rules regarding what kinds of contents or behaviors should not be tolerated by online platforms.

‘Even though it is hard to pin down motive, the behavior still violates our policies and we can take down the content,’ he said. ‘It doesn’t matter what side they are on.’