Twitter’s board of directors has unanimously recommended to shareholders that they approve Elon Musk’s $44 billion offer to take over the company.

In a regulatory filing on Tuesday morning, Twitter’s board urged shareholders to approve the buyout at Musk’s proposed price of $54.20 per share during a special meeting later this year.

Though Musk has threatened to pull out of the merger agreement he signed on April 25, citing concerns over fake accounts, Twitter’s board has insisted that it will enforce the terms of the agreement.

A date for the shareholder vote has not yet been set, but the merger agreement includes a deadline of October 24 to consummate the deal.

Twitter’s board has unanimously recommended to shareholders that they approve Elon Musk’s $44 billion offer to take over the company. Musk is seen above with the president of Brazil

Musk reiterated his desire to move forward with the acquisition last week during a virtual meeting with Twitter employees, though shares of Twitter remain far below his offering price, signaling considerable doubt that it will happen at the agreed price.

On Tuesday at the Qatar Economic Forum in an interview with Bloomberg, Musk listed the approval of the deal by shareholders as one of several ‘unresolved matters’ related to the Twitter deal.

Shares of Twitter were essentially flat just before the opening bell Tuesday, and remained far short of the $54.20 per-share that Musk has offered to pay for each.

The company’s stock last reached that level on April 5 when it offered Musk a seat on the board before he had offered to buy all of Twitter.

In its filing on Tuesday, Twitter’s board of directors said in a letter to shareholders that it ‘unanimously recommends that you vote (for) the adoption of the merger agreement.’

A simple majority of shareholders would have to vote to approve Musk’s offer for the deal to take effect.

If the deal were to close now, investors in the company would pocket a profit of $15.22 above market prices for each share they own. 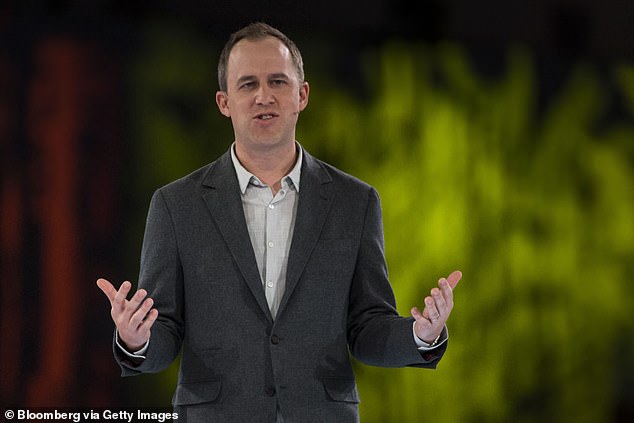 Twitter board chair Bret Taylor is seen above. Twitter’s board of directors said in a letter to shareholders that it ‘unanimously recommends that you vote (for) the adoption of the merger agreement’ 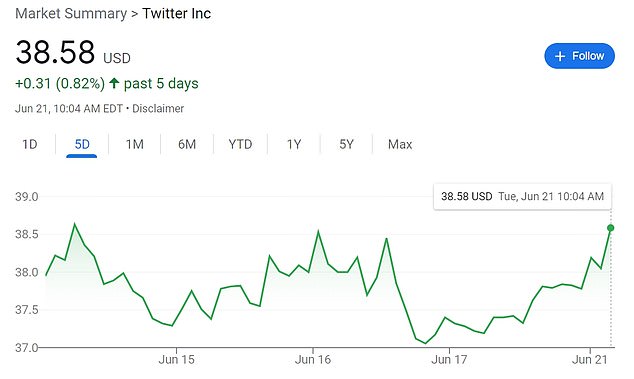 Twitter shares rose more than 1% following the board’s letter to shareholders, but the stock is still about $15 less per share than Musk’s offer price

Last week, Musk told Twitter staff he wants to raise the service’s user numbers from 229 million to at least 1 billion people and said advertising would remain important for the company, despite previously saying he believes Twitter should not serve ads.

‘I think advertising is very important for Twitter,’ Musk said in an address to Twitter employees, according to audio of the meeting reported by Reuters.

‘I’m not against advertising. I would probably talk to the advertisers and say, like, ‘hey, let’s just make sure the ads are as entertaining as possible.”

Musk, who was expected to provide assurance to Twitter employees during his first meeting, didn’t offer an update on the deal closing.

He reiterated he was still trying to learn more about bot and spam accounts on Twitter, which he called his biggest concern.

In response to a question about whether he expected layoffs, Musk said there needed to be ‘some rationalization of headcount and expenses.’

‘Right now, the costs exceed the revenue,’ he said, adding ‘anyone who’s … a significant contributor should have nothing to worry about.’ 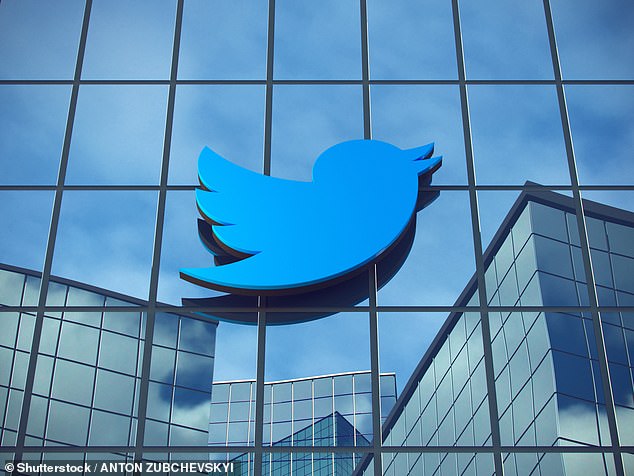 Twitter employees took to an internal Slack channel in droves during the session, posting memes and complaining that Musk was not providing useful answers on his vision for the business and employee compensation.

They also demanded on Slack that the moderator press Musk on his views about remote work, as Twitter currently allows employees relatively free reign to work remotely or in the office.

Musk said he believed Twitter staff should lean toward working in an office, but expressed willingness to make some exceptions. The bias should be ‘strongly towards working in person, but if somebody is exceptional, then remote work can be okay,’ he said.

The impending takeover of Twitter has been met with widespread skepticism and concern among the San Francisco-based company’s employees, some of whom have worried Musk will relax rules on certain content.

The billionaire told Twitter staff he believed users should be allowed to say ‘pretty outrageous things’ on the site as long as the content is not illegal.