Twitter explodes up with memes mocking Trump over his latest claim

‘You sure think highly of yourself for someone who can’t properly use an umbrella’: Twitter explodes up with memes mocking Trump over his latest claim that he knows ‘tech better than anybody’

The president’s numerous critics got an early Christmas president on Friday in the from of a tweet in which Donald Trump bragged that he knew ‘tech better than anybody.’

The rest of the pre-dawn tweet talked about the need to construct a wall on America’s southern border with Mexico, which the president said Democrats have been unfairly portraying as an old-fashioned idea.

‘The Democrats are trying to belittle the concept of a Wall, calling it old fashioned. The fact is there is nothing else’s that will work, and that has been true for thousands of years. It’s like the wheel, there is nothing better. I know tech better than anyone, & technology,’ Trump tweeted. 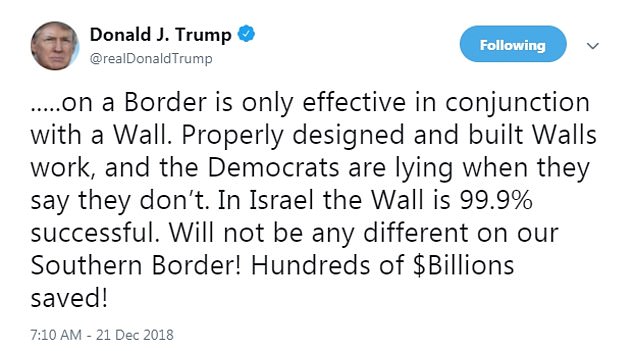 Others poked fun at Trump’s frequently misspellings and grammar mistakes 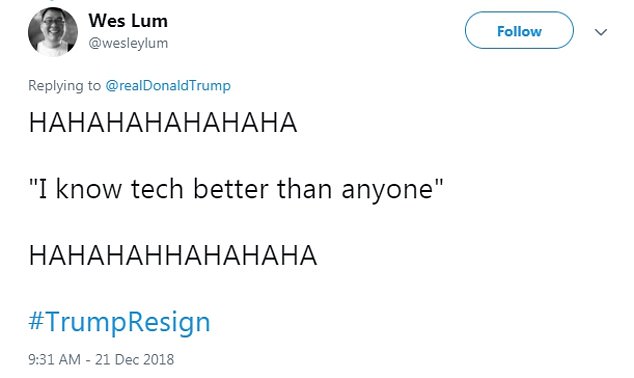 He went on: ‘…..on a Border is only effective in conjunction with a Wall. Properly designed and built Walls work, and the Democrats are lying when they say they don’t. In Israel the Wall is 99.9% successful. Will not be any different on our Southern Border! Hundreds of $Billions saved!’

Twitter wits almost instantly seized upon the president’s boast, ridiculing the notion that Trump, who once declared himself a ‘very stable genius,’ has now proclaimed himself an expert in all matters of technology.

Another quipped that Trump makes such dubious claims about himself to make the job easier for late-night comics Seth Meyers and Stephen Colbert. 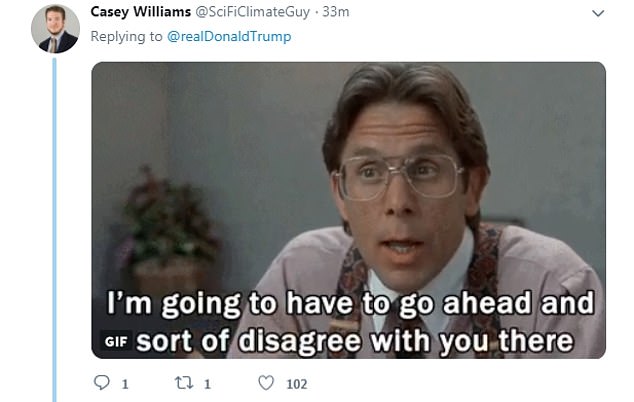 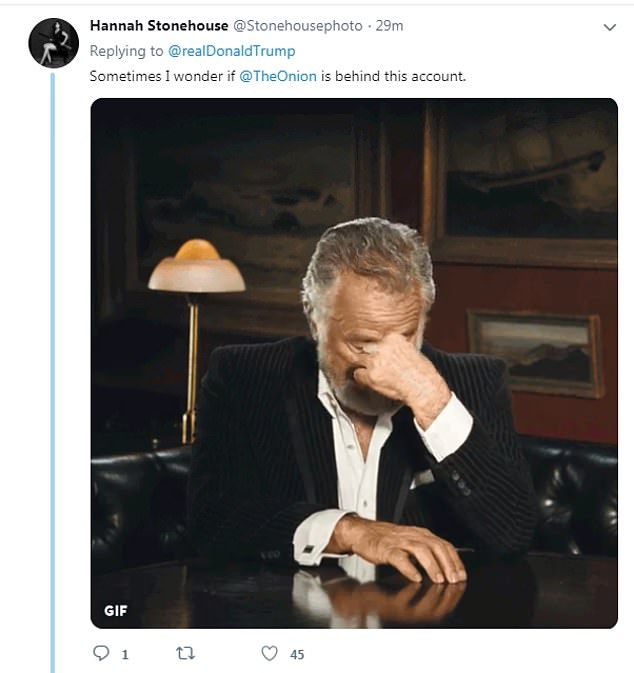 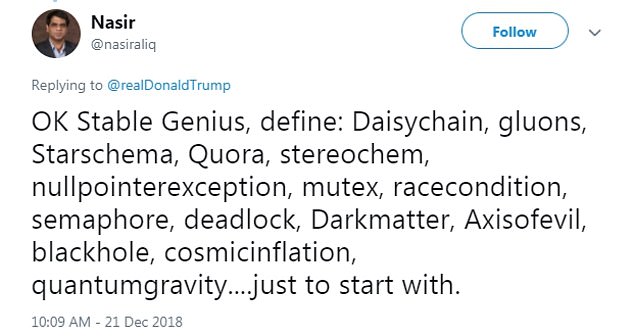 Others pointed out that Trump has been known to misspell words and bungle the grammar in many of his tweets, even though his iPhone is equipped with the autocorrect function.

A tweet read: ‘Ludicrous. You can’t program a VCR, close an umbrella, explain what a stealth plane is, or use autocorrect successfully. Kudos to whoever got you to start using “tech” instead of “cyber”, though. Good luck teaching him that walls won’t do a single positive thing for our country.’

Multiple wags fired off mocking messages and memes poking fun at the time the president was unable to close his umbrella before boarding Air Force One, and instead dropped it on the floor.

‘You sure think highly of yourself for someone who can’t properly use an umbrella,’ one barbed comment read.

Several commenters re-shared a popular meme of the 72-year-old commander-in-chief ascending the stairs leading up to to the presidential plane with what looked like a piece of toilet paper stuck to the sole of his shoe. 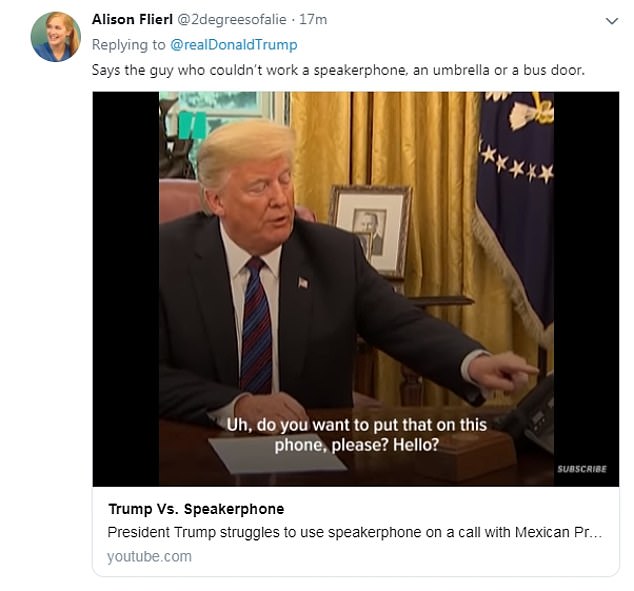 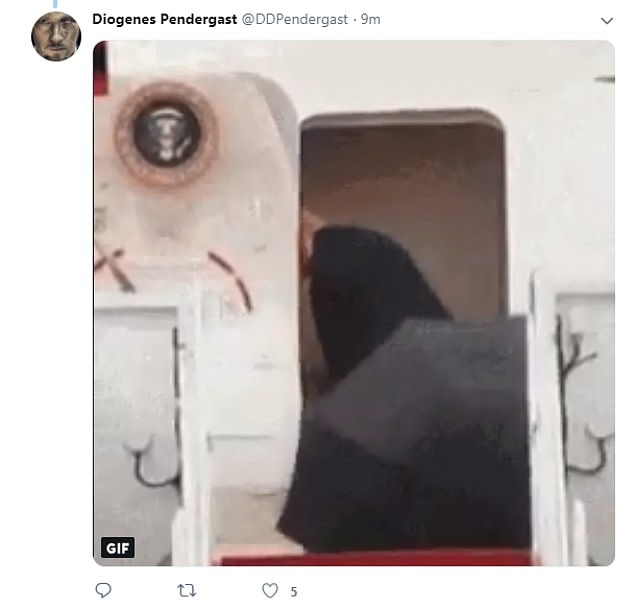 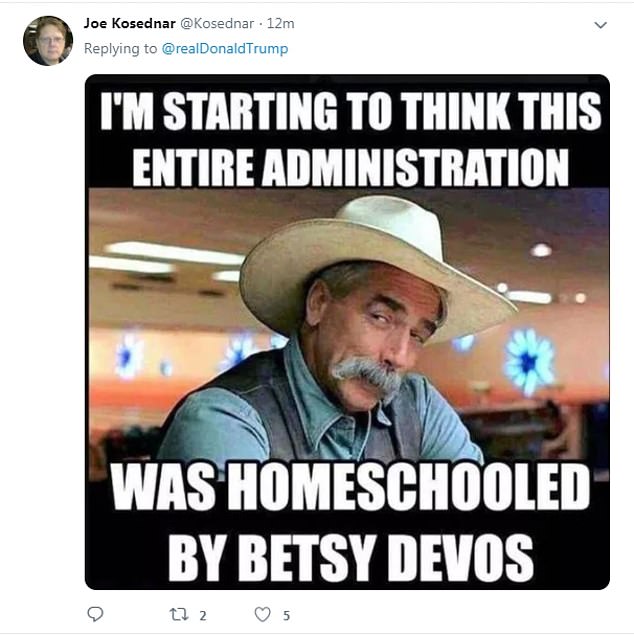 Several people took issue with the premise of Trump’s argument touting the benefits of building a wall by pointing out that there are multiple famous examples from history where walls failed to stop the invasion of countries, including China, the Roman Empire and France.

‘Walls and fortifications work? Tell that to Khrushchev, Hadrian, Qin Shi Huang, Andre Maginot and others,’ one user mockingly stated. ‘I’m sure they would have a good laugh at your expense.’

Another chimed in: The communist government of E Germany begins building the Berlin Wall to divide E and W Berlin. Construction of the wall caused a short-term crisis in U.S.-Soviet bloc relations, and the wall itself came to symbolize the Cold War. History repeats itself??? Proven it DOESN’T work.’ 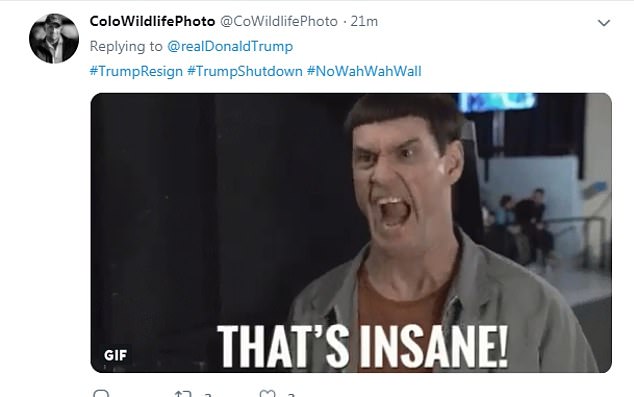 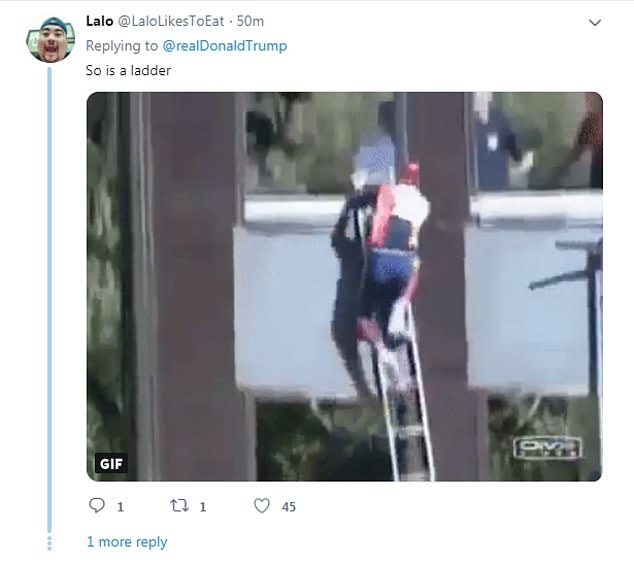 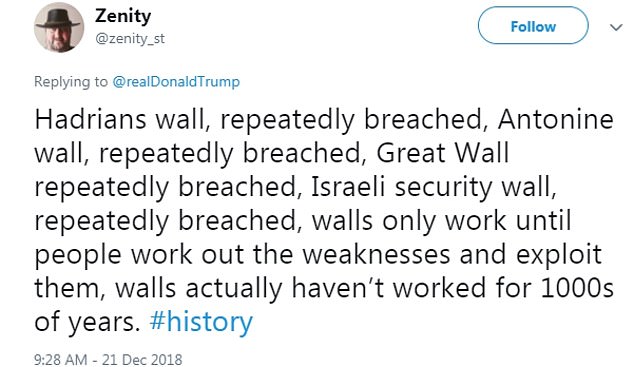 Continuing in the same vein, a critic quipped: ‘The Great Wall of China is more than 14,000 miles long. It is now a tourist attraction, where you can buy hats. Trust me I bought a hat I’m an expert.’

More than a couple of the responses to Trump’s tweet invoked the existence of tunnels and ladders.

‘Ladders. They have worked for thousands of years,’ one such message read.