Social media users have gone wild for clips of cats and kittens watching the trailer for the highly-anticipated Cats movie.

The trend was started on Twitter by Janna Layton, from Oakland, California, after she posted footage of her 10-year-old cat Eponine reacting to the movie clip.

After watching a short snip of her trailer, the feline simply looks up at her owner with a seemingly disinterested and unimpressed face – echoing some of the critics of the controversial film. 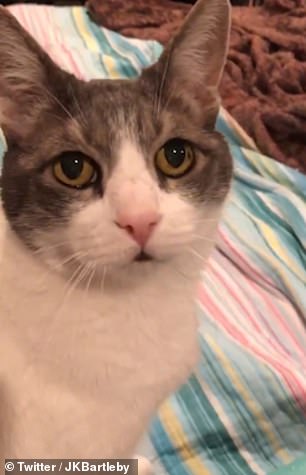 Hilarious! Social media users have gone wild for clips of feline pets watching the trailer for the highly-anticipated Cats movie 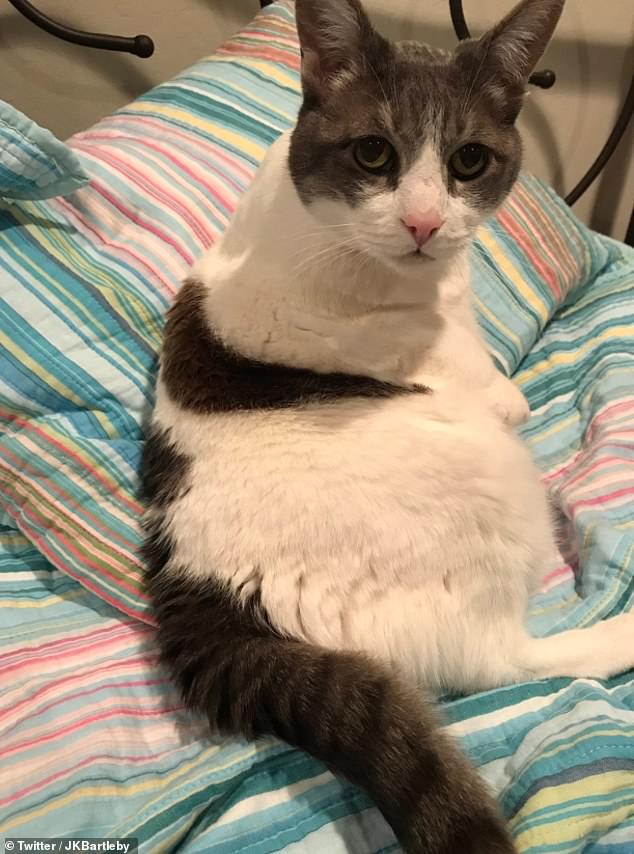 Funny: The trend was started on Twitter by Janna Layton, from Oakland, California, as she posted footage of her 10-year-old cat Eponine (pictured) reacting to the movie clip

The funny video was shared to Twitter on Friday, July 19.

And internet users couldn’t get enough of the humorous video, with nearly 500,000 people liking it and more than 100,000 retweeting it.

Not only did many followers share their appreciation for the cat, some even shared their own hilarious clips and photos showing their pets reviewing the trailer.

One enthusiastic social media user wrote: ‘This is the greatest cinematic review of all time.’

Another said: ‘She looks so disappointed, she’s like why do humans do this?’, while a third added: ‘Priceless expression.’

‘Your cat is saying “Why show me this horrible abomination?”‘, one individual insisted as another said: ‘This is the absolute right response.’

‘This is cultural a-purr-priation.’ a social media user joked, while one added: ‘That is actually the quintessential, PERFECT “WTF?” look. Magical.’ 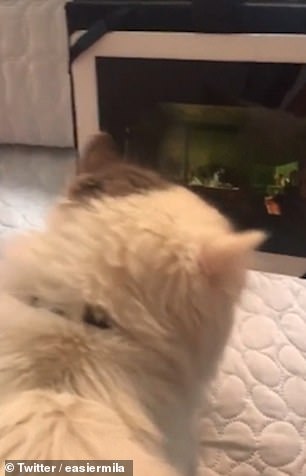 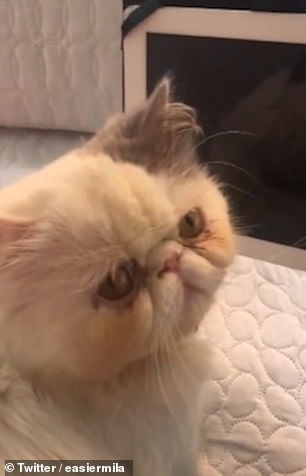 Joining in on the fun: Not only did many followers share their appreciation for the cat, but they also shared their own hilarious clips showing their pets reviewing the trailer

Viral: Internet users couldn’t get enough of the humorous video, with nearly 500,000 people liking it and more than 100,000 retweeting it

The humorous reactions come after the big budget film version of the musical was slammed for the CGI ‘whitewashing’ of its black female lead.

Francesca Hayward, 27, who plays the main character in the adaptation is seen pirouetting and frolicking with a white face of fur in the clip released last Thursday.

Despite the character being named ‘Victoria the White’ in Andrew Lloyd Webber’s original musical, some believe they could have easily changed the ‘arbitrary point.’

One Twitter user wrote: ‘You know what the most impressive thing about the Cats trailer is? They damn cats.

‘They covered in fur. But y’all still found a way to whitewash somebody. Yikes,’ he added.

Meanwhile, another said: ‘So how come you can clearly see this is Taylor Swift/the entire bottom half of her face is visible, but you wouldn’t know the black lead was black unless you knew her already.’ 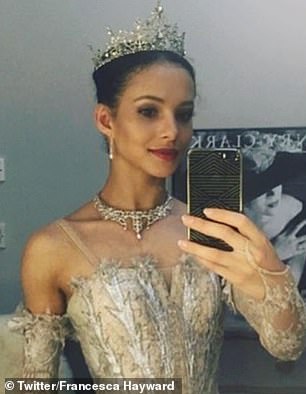 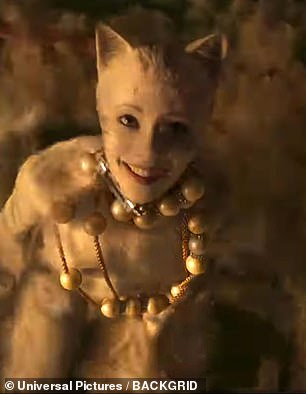 Controversy: Online users have critiqued the CGI portrayal of the Francesca Hayward’s character (above) as ‘whitewashing’ the film’s British lead, who was born in Kenya

Since the trailer’s release last week the claws have truly been out, with viewers mocking the CGI creation for numerous reasons.

Some have dubbed cat representations ‘more terrifying than IT’ referring to the character Pennywise in the horror flick.

Another added: ‘I watched this with my little cousin and now shes really scared,’ while another jokingly said: ‘This trailer made me hate my real cat.’

The Tom Hooper’s adaptation, which is due to be released in December, features James Cordon, Judi Dench, Jason Derulo, Idris Elba, Taylor Swift and Jennifer Hudson.

Andrew Lloyd Webber’s original musical made its debut in May, 1981, in London.

It has gone on to become the sixth-longest-running West End show, having successfully had over 8,900 performances.