There’s nothing trendier or more Instagram-ready in the summer than a swan-shaped pool float — that is, unless you’re floating along on artist David Shrigley’s super weird version.

Whereas the trendy version of the float — which have appeared on the Instagram pages of Taylor Swift, Shay Mitchell, and Ariana Grande — look like graceful white swans gliding across the pool, Shrigley’s rednering is less than photogenic.

In fact, the ‘Ridiculous Inflatable Swan-Thing’ is so odd, warped, and silly-looking, that’s it’s become an overnight hit on social media in its own right.

Derp: The internet is going crazy over this ‘swan thing’ pool toy 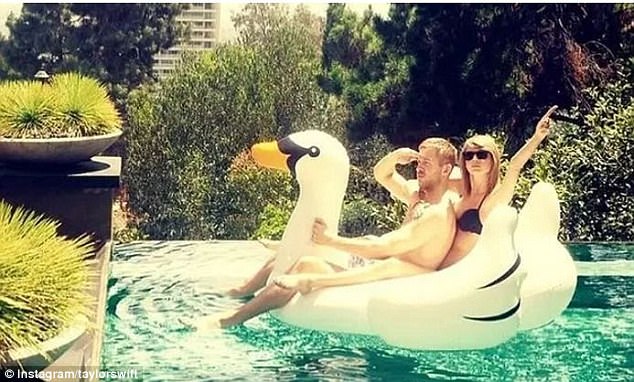 So graceful: It seems to be a satire of the trendy swan-shaped pool floats beloved by stars like Taylor Swift 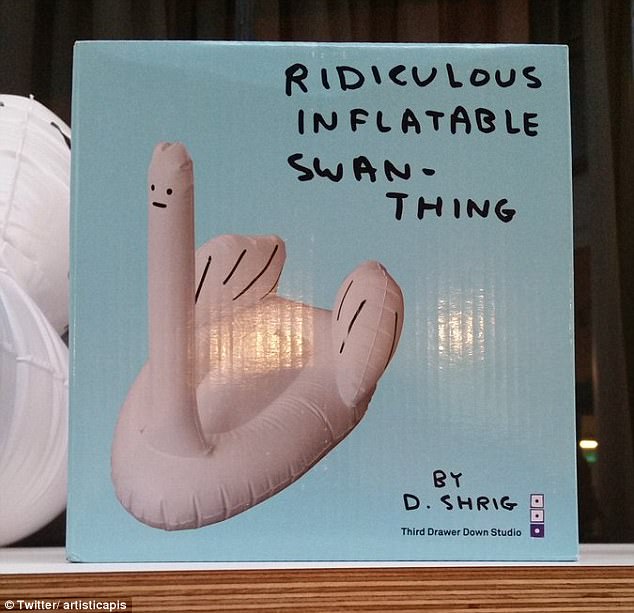 Gaining attention: A Twitter user spotted one in a store in New Zealand

Shrigley, a British artist known for his simplistic and sometimes comedic sketches and sculptures, first dreamed up the the ‘ridiculous’ swan as a sculpture.

Made of heavy polyeurathane resin, the five-inch-tall piece of art is selling for $350 and has a minimalist white body, a tall, thin neck, and a blank-looking face.

Now, the sculpture has been recreated as a pool float, seemingly as a satire of prettier swan floats beloved by millennials.

Available from Third Drawer Down Studio, ‘the David Shrigley Swan has been blown up, literally’.

‘This inflatable swan may be missing the graceful curves true to a classic swan, but with its hand-drawn blank expression and erect white neck, it knows exactly what it is, it is a “Ridiculous Inflatable Swan-Thing,”‘ explains the site. 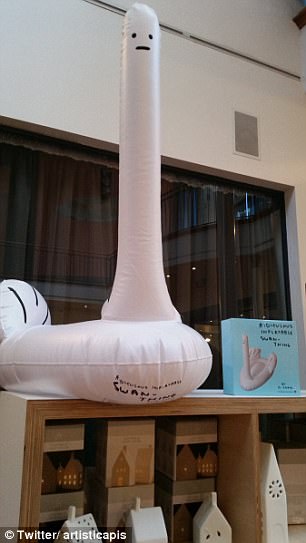 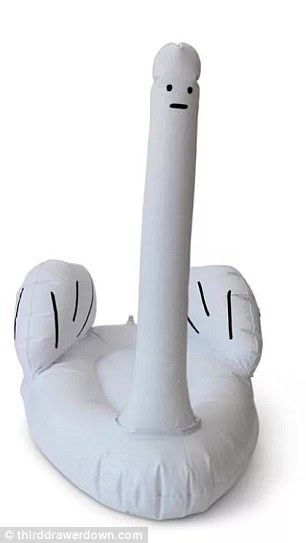 So weird: The float is by British artist David Shrigley and has a simplistic design and oddly-shaped neck

In love: Twitter users have become obsessed with the strange toy

Must-have: Many have joked that they need the float for themselves

Cute: The seller, Third Drawer Down Studio, says it ‘may be missing the graceful curves true to a classic swan’ but it ‘knows exactly what it is’: a Ridiculous Inflatable Swan-Thing 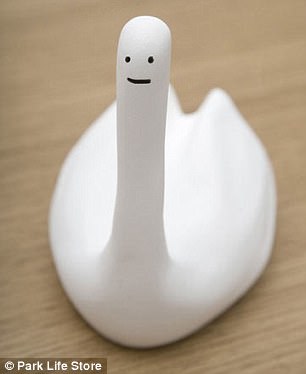 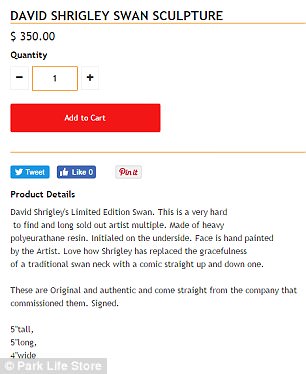 Inspiration: The float was based on this sculpture, also by the artist

The funny-looking swan poll toy managed to fly mostly under-the-radar until this week, when a Twitter user in New Zealand spotted one in a store and shared pictures of it.

‘I have never wanted anything more in my life…’ he wrote in a post that has been liked 70,000 times so far.

‘My summer aesthetic,’ commented one fan. ‘I want 5,’ wrote another.

‘Nothing has ever spoken to my soul more than this inflatable swan thing,’ said one woman.