Twitter has ruthlessly mocked Donald Trump after a former Playboy Playmate gave her first TV interview about their alleged affair.

Karen McDougal told CNN’s Anderson Cooper she was in love with the then-reality television star with whom she had unprotected sex dozens of times after they met in 2006, while Trump was married to his wife Melania.

The revelations are all the more surprising after the president previously revealed he was a germaphobe who washes his hands frequently throughout the day, drinks through a straw to avoid contaminated glasses, and loved ‘cleanliness.’ 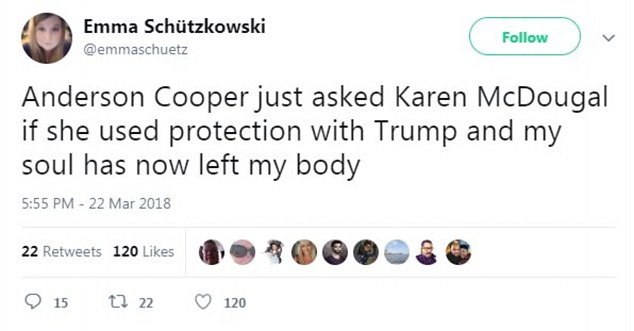 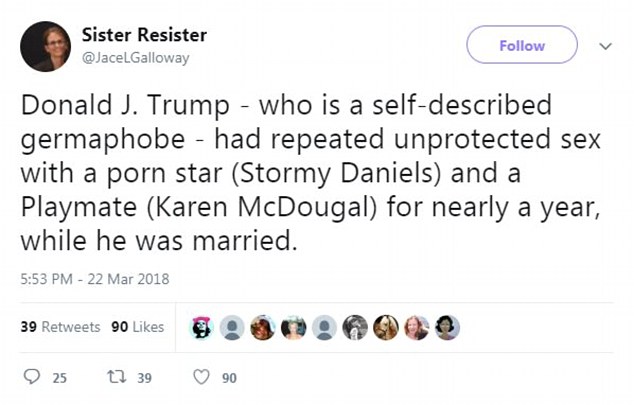 Twitter erupted immediately after McDougal’s interview as many wondered how someone so worried about germs could have unprotected sex.

Many others were horrified  after McDougal shared her salacious claims about her sex life with the president.

Emma Schützkowski tweeted: ‘Anderson Cooper just asked Karen McDougal if she used protection with Trump and my soul has now left my body.’ 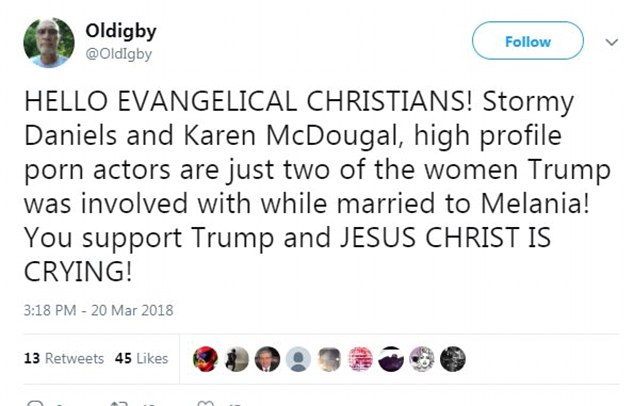 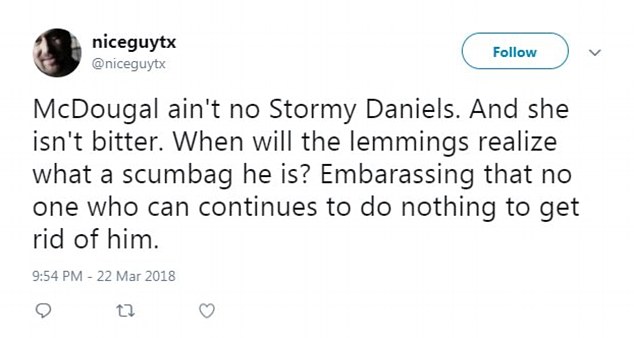 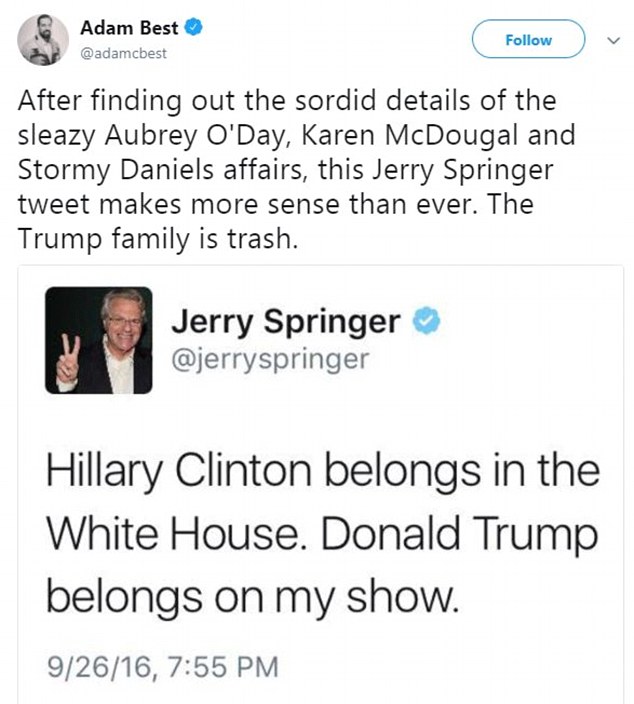 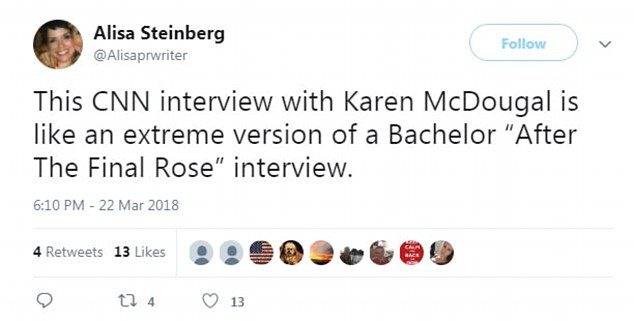 Others were angry over the allegations that Trump had brought McDougal back to his New York City apartment – which was also the home of his wife Melania and son Barron.

‘Trump brought Karen McDougal into his apt in Trump Tower. Melania had a infant then. The disrespect is chilling…’ another commenter wrote.

Some joked that the Trump administration’s announcement that the president had fired H.R. McMaster and replaced him with John Bolton, was to distract from the shocking interview.

‘So did Trump start a trade war, fire H.R. McMaster and hire John Bolton just to distract from @andersoncooper’s interview with Karen McDougal? If so, expect him to fire Robert Mueller an hour before Sunday’s #60Minutes,’ Richard Hine asked.

The White House has denied the president had an affair with McDougal.

In her first television interview, McDougal told Anderson Cooper of CNN that she developed feelings for the then-real estate mogul during their 10-month relationship. 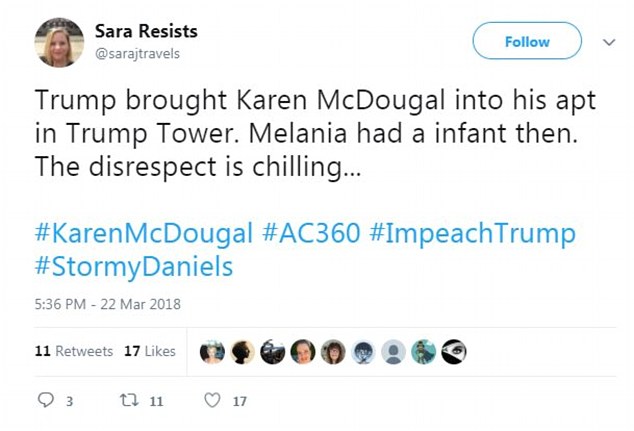 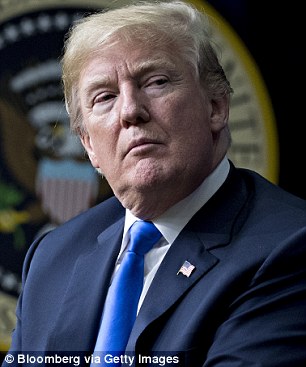 McDougal, 46, also told CNN that she and Trump had sex on their first date and that she went home afterward ‘crying in the backseat of a car’ when he offered her cash after they made love.

‘After we had been intimate, he tried to pay me, and I actually didn’t know how to take that,’ she said.

She said she was hurt by the cash offer, which she turned down.

McDougal also tearfully recalled feeling guilty when she went to Trump’s apartment in Trump Tower and he showed her Melania Trump’s bedroom.

McDougal thought it was odd that Trump’s wife slept in a separate bedroom.

‘I thought maybe they were having issues,’ she said.

McDougal recalls feeling uncomfortable walking into the apartment of a married man whose wife just had a baby.

‘I couldn’t wait to get out of the apartment, I think,’ she said.

McDougal added that Trump’s rough persona in public is different from the man she knew.

She says Trump was ‘charming’ and ‘charismatic’.