Twitter users are losing it over the naked man orchid

The internet is losing its mind over a flower that looks like a tiny human – and for good reason.

The Orchis italica, mostly known as the Italian orchid or better yet the naked man orchid is going viral because of its uncanny resemblance to a naked man – male appendage and all.

And since Twitter realized that the plant, which is a species of orchid native to the Mediterranean, is in fact real, users have been taking to social media to share their amusement over the cheeky flower.

Identical: The Orchis italica is going viral because of its uncanny resemblance to a naked man 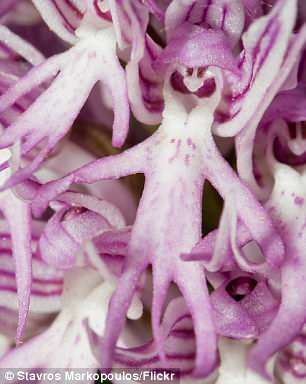 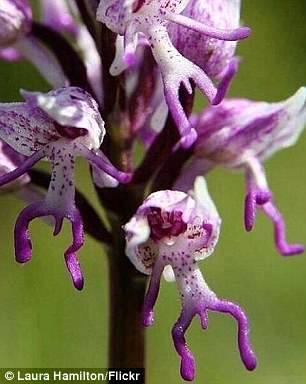 Nickname: The plant is mostly known as the Italian orchid or better yet the naked man orchid 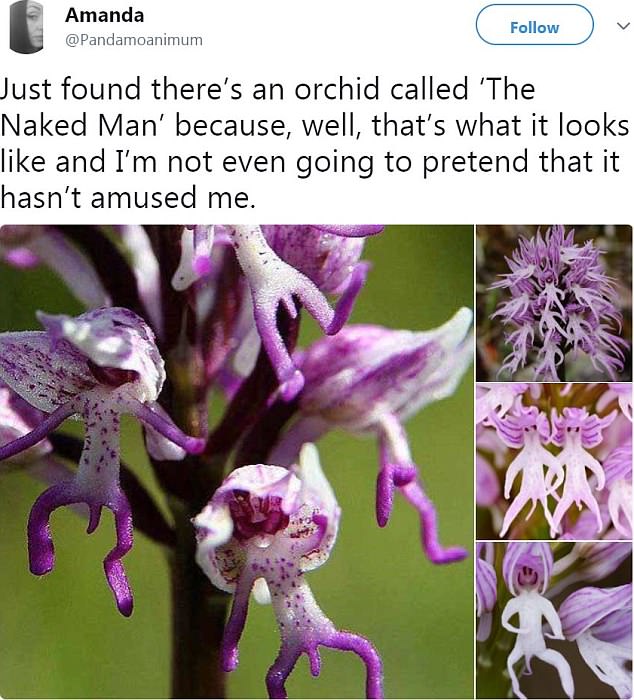 Can’t hide it: Twitter user Amanda shared a post to social media that said she had just found out about the orchid and couldn’t pretend she wasn’t amused

Upon finding out about the naked man orchid, one person wrote on Twitter: ‘Just found there’s an orchid called ‘The Naked Man’ because, well, that’s what it looks like and I’m not even going to pretend that it hasn’t amused me.’

Another person also commented on the hilarious nature of the plant with a tweet that said: ‘Proof that natural selection has a sense of humor.’

And some thought the flower was so funny that they posted about their plans to plant the orchid with a tweet that said: ‘I want a whole garden of these bad boys. #nakedmanorchid #orchids.’

More people were enthralled by the plant but not over its appearance of a naked man but rather because of its accessorizing ability.

Funny: Another person said that the naked man orchid was proof that natural selection had a sense of humor

Planting an idea: One woman posted that after seeing the flower, she wanted a whole garden of the orchids

Interesting thought: And one man asked on Twitter how many naked men wear women’s bonnets after seeing hilarious photos of the plant

Fascinated: And another person was so interested by ‘life culture’ that he said he was switching his major to horticulture

The tweet said: ‘So, naked man orchid is pretty cool, but how many naked men wear women’s bonnets..?’

And while there may not be a lot of plants that wear women’s bonnets or resemble a human, one Twitter user took the time to point out other orchids that look like other figures such as a ballerina, bumblebee and monkey.

‘Do y’all know how many different types or orchids there are,’ the tweet asked. ‘You got ballerina, naked man, bumblebee. Y’all… orchids don’t play. This is life culture. I’m switching my major to horticulture goodbye.’

But others weren’t as amused with one person who jokingly tweeted: ‘Vile. There are children on this site’ and another that sarcastically said: ‘Not creepy at all. I’ve seen it all now!’

Not having it: Others weren’t as amused with one person who jokingly tweeted: ‘Vile. There are children on this site’

For the world to see: And one woman shared that the she thought the orchid was creepy 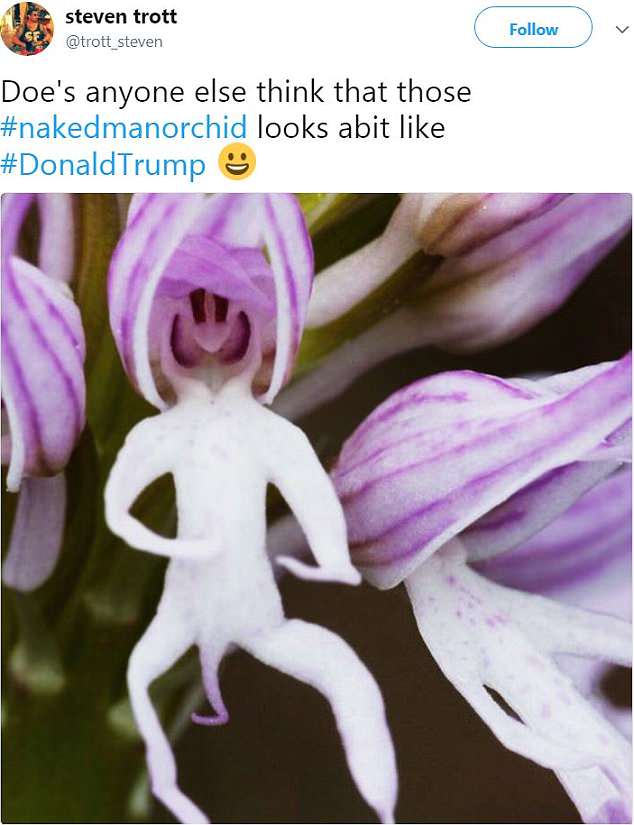 Look-alike: And rather than a naked man, someone tweeted that the orchid looked like Donald Trump

More flowers: And one person brought attention to the Clitoria flower and hashtagged ‘guess what it looks like’

And one person thought the orchid held a strong resemblance to Donald Trump, which he revealed in a tweet that said: ‘Does anyone else think that those looks a bit like #DonaldTrump.’

But the best tweet came from one Twitter user who didn’t seem too fazed by the naked man orchid and instead, decided to bring attention to the (also real) Clitoria plant.

The tweet said: ‘If you think this is amusing, you want to check out the #Clitoria flower #gueswhatitlookslike #nakedmanorchid #flowersarepervy #Godhasasenseofhumor.’

It would appear as though mother nature has no shortage of ways to keep us smiling whether that be orchids that look like naked man or plants that resemble ballerinas or bumblebees.

What you should know about the Orchis italica

The orchid is native to the Mediterranean areas and regions such as Jordan, Turkey, Italy, Portugal, Spain, Israel and Greece.

The flowers come in many sizes and colors such as different shades of pink, white, purple and even yellow.

The flower can be seen blooming during the month of March and April.

If given all the favorable conditions, this orchid plant will bloom in a large and dense cluster like most European orchids. The plant can also be expected to grow up to an impressive 20 inches high, which is 50 centimeters.

And interestingly enough, this species of orchid is a hermaphrodite. This means the flower has both the female as well as the male organs.