Pancakes are best eaten fresh from the pan but if you do have leftovers, they can be tricky to reheat without becoming soggy or limp.

Now a debate has erupted on social media about the best way to warm them up again – and people can’t agree if a toaster or reheating them in a skillet pan is the best way.

However everyone agrees that you should never reheat pancakes in a microwave.

Pancakes are best eaten fresh out of the pan, with a knob of butter and plenty of maple syrup – but if you have to reheat them, warm them up in a pan or in a toaster

Trivia expert and author Ken Jennings, who is known for having the longest winning streak on the US game show Jeopardy!, started the debate on Twitter by stating that a toaster is the best way to reheat pancakes, not the microwave.

While his 248,000 followers agreed that a microwave will leave pancakes limp and lifeless, some did not concur with the idea that a toaster is best.

A large number said that the best way to reheat pancakes is to warm them up in a skillet, or a frying pan.

But others simply couldn’t understand why you would have leftover pancakes, since they tend to eat them all in one go. 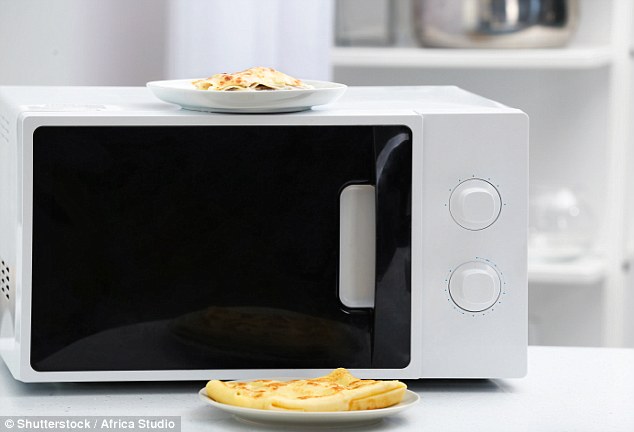 Twitter cooks disagreed about the best way to reheat pancakes

A few suggested that you can’t reheat them up in any way that beats making them again from scratch.

Ken started the debate by using a popular meme that uses the hand-clapping emoji after every word to depict a so-called ‘ratchet clap,’ adding emphasis to every word in a preachy manner.

But soon his followers started to use the meme against him by suggesting alternative ways in which to reheat pancakes.

The consensus seems to suggest that reheating pancakes in a toaster or in a skillet or frying pan are the best ways to warm up any leftovers.

One suggested that you should try covering them with aluminium foil and warming them up in the oven.

However some were just baffled that anyone would have leftover pancakes to reheat in the first place.

A few also claimed that the same trick applies to pizza.

Pizza warmed up in the microwave tends to leave a slice soggy but it will retain a crispy base if you heat it up in a frying pan, the cooks claimed.