Trying to sell my old dressing room mirror with lights, I found a lot of hilarious photos. It turns out that selling a mirror online is no easy feat — because it is nearly impossible to snap a photo of the product without accidentally taking a selfie.

A Twitter user known as Siv posted a series of online ads for mirrors, and every snapshot features the owner somewhere in the background.

‘Looking at posts from people trying to sell mirrors is my new favorite thing,’ he tweeted along with the snapshots. 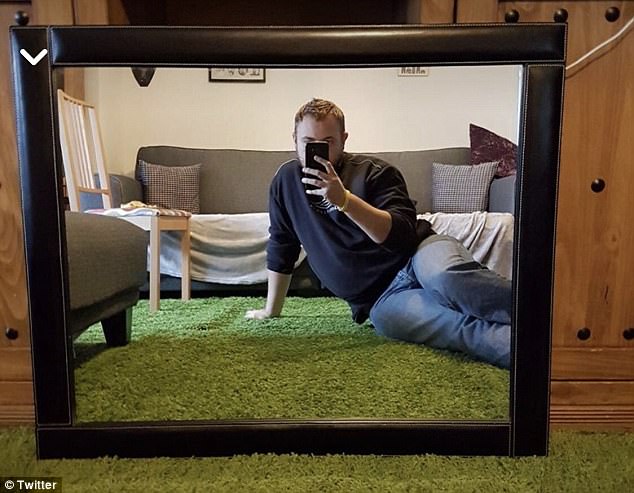 Hilarious: A Twitter user known as Siv posted a series of online ads for mirrors this week, and every snapshot features the owner somewhere in the background 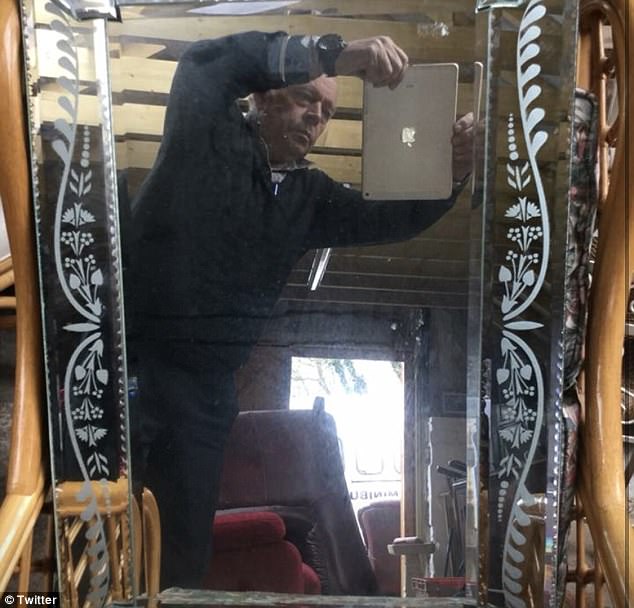 Hard not to smile: ‘Looking at posts from people trying to sell mirrors is my new favorite thing,’ he tweeted along with the snapshot 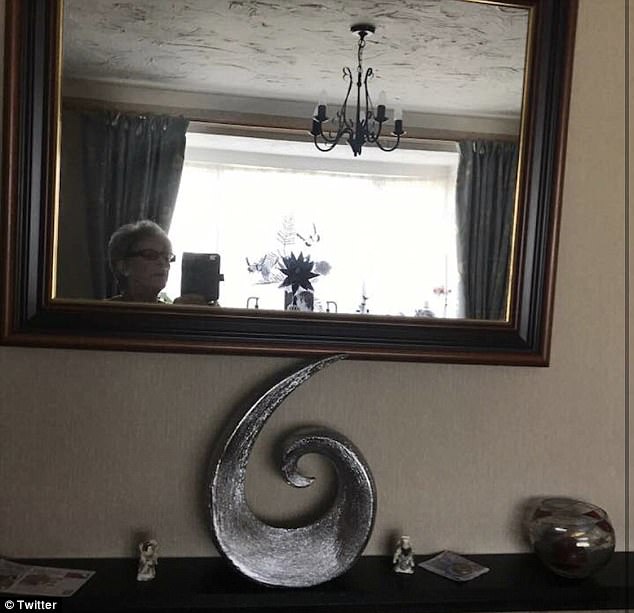 Always there: The hilarious pictures prove that is nearly impossible to snap a photo of a mirror without accidentally taking a selfie 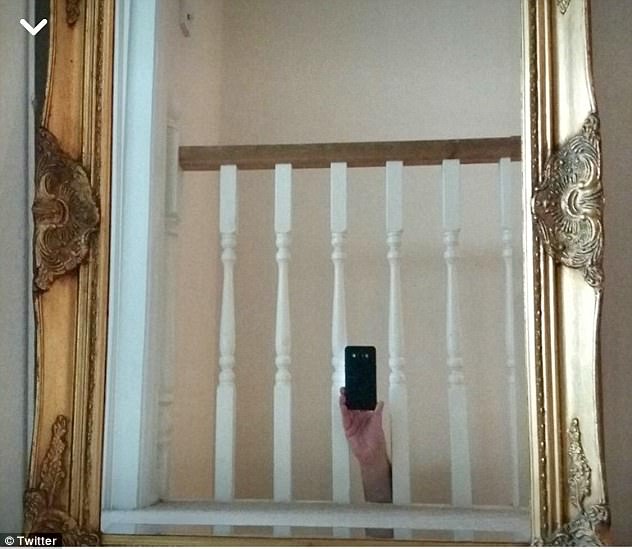 Missing a body: One of the funniest photos shows the reflection of a person’s hand taking a photo of the ornate gold mirror 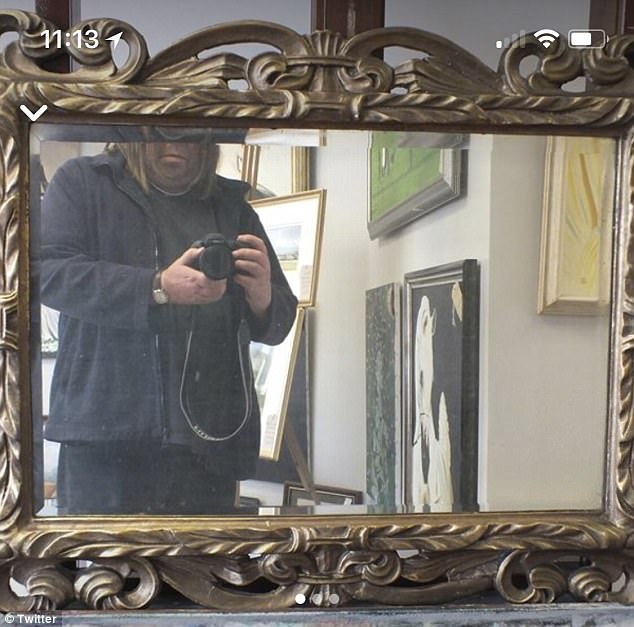 Added touch: Siv continued the thread by sharing even more images, including this one featuring a man with a professional camera

In the first image, a guy is posed on his green carpet while snapping a photo of his black-framed mirror, and it’s clear that he didn’t even try to keep himself out of the frame.

Another man propped up his iPad to take a snapshot of the mirror he was selling, while one woman’s online ad shows her head is peaking out of the corner of her mirror.

One of the funniest photos in the series depicts the reflection of a person’s hand taking a photo of the ornate gold mirror in his upstairs hallway.

‘Me when I’m going through my ugly stage but my Instagram followers haven’t seen a pic of me in a month,’ someone named EJ joked while commented on the image. 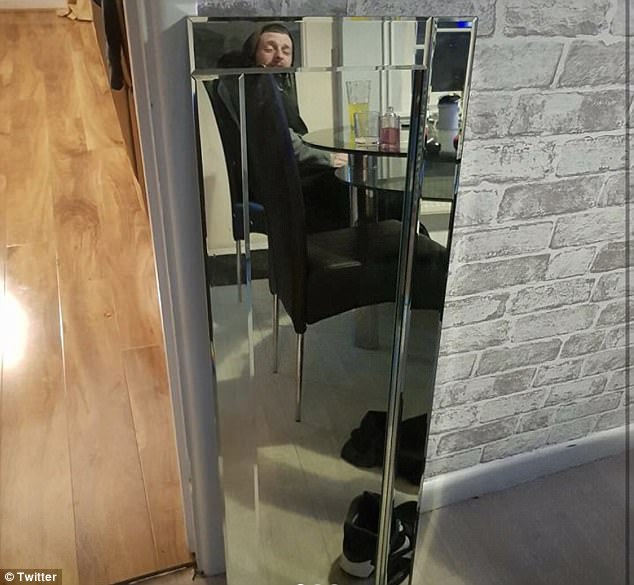 Abstract: This guy didn’t think twice about sharing a photo of himself surrounded by drinks 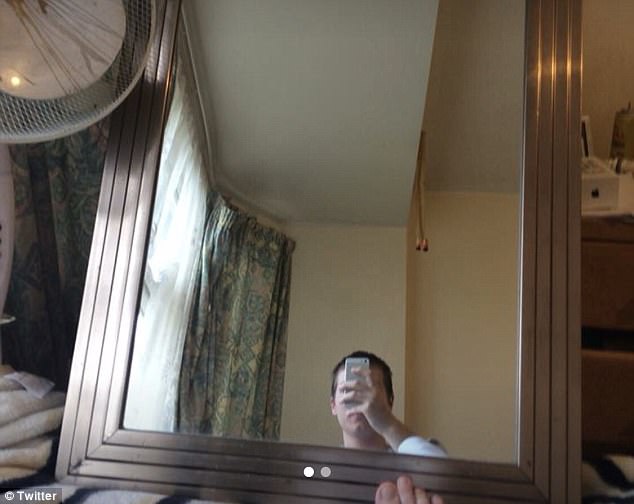 Whoops: Not only was this guy’s face in the photo, but he also captured to top of his toes 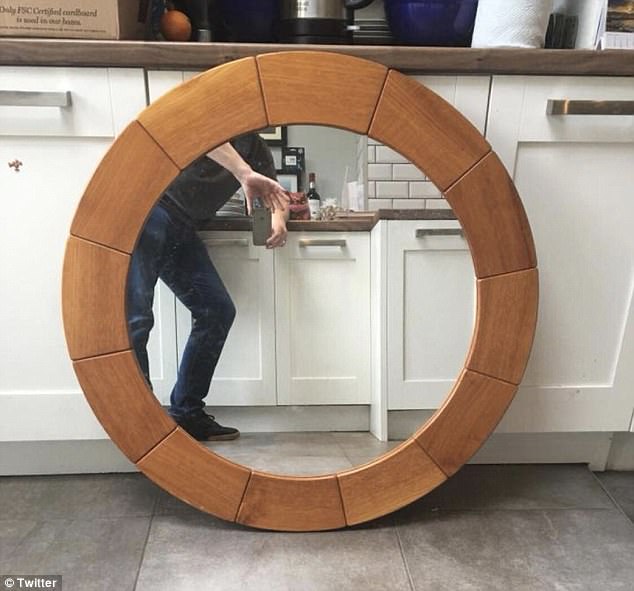 Going for it: This guy struck a pose while taking a photo of his round mirror with a wood frame 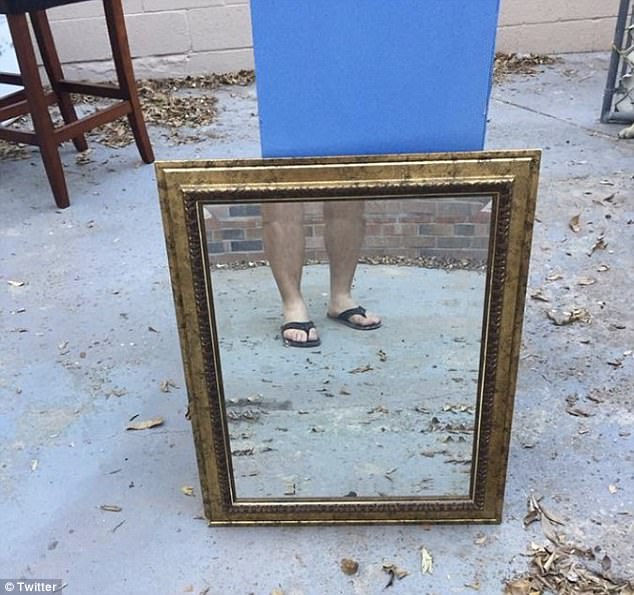 Joining in on the fun: The post inspired other people to share similar photos of people taking pictures of mirrors in the thread 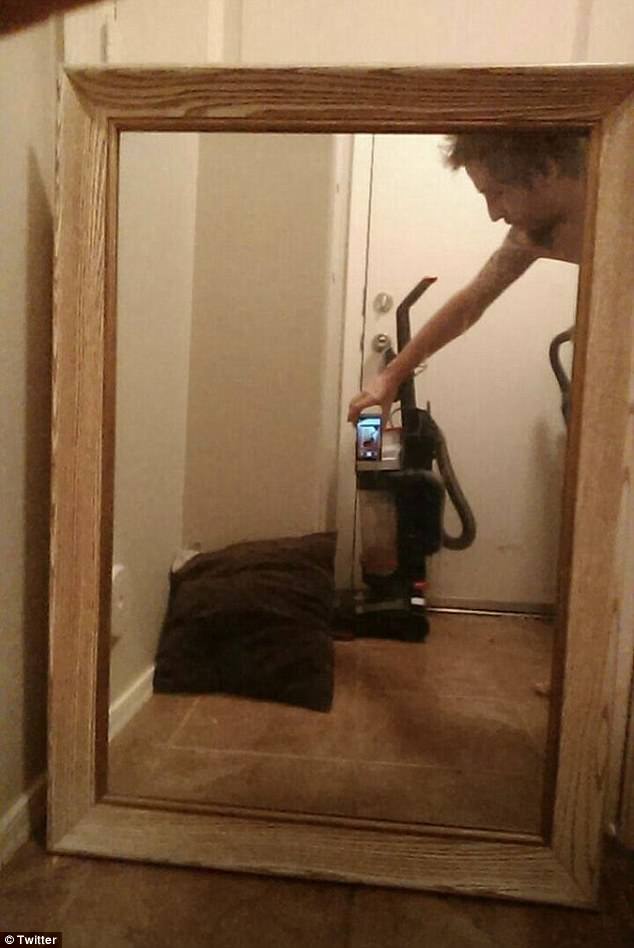 Still in the frame: One guy tried leaning over while taking a photo of his mirror 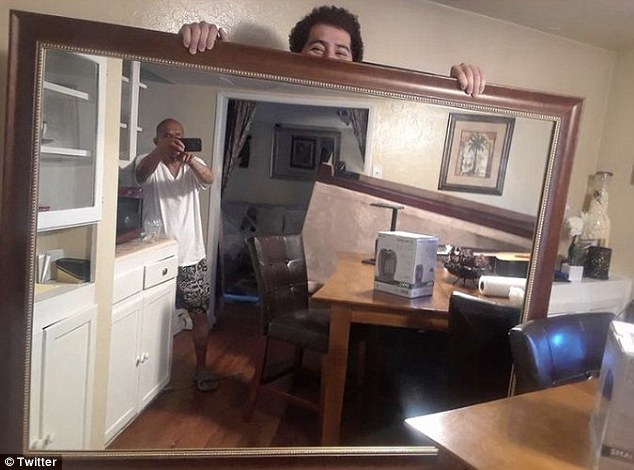 Team work: One guy held a mirror up in front of him while someone else took the photos. Unsurprisingly, they both ended up in the picture 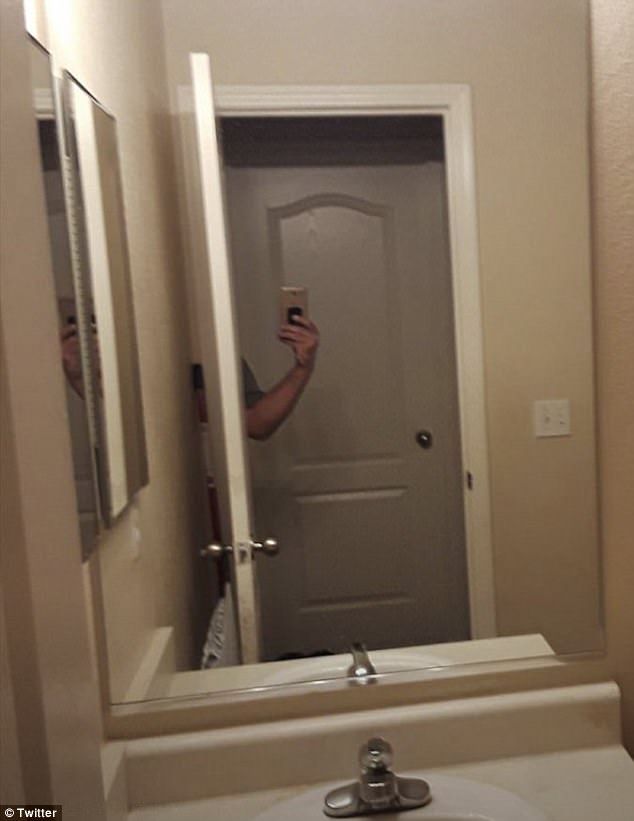 Sneak attack: One person tried hiding behind the door frame while snapping a picture of a bathroom mirror

The Twitter user happily added more photos to the growing thread, writing: ‘This is a goldmine.’

Some people didn’t even attempt to try and hide themselves, and in one comical image a man is using a DSLR camera to take his inadvertent selfie.

Another guy didn’t seem to care at all when he shared his photo, which shows him enjoying a cocktail in the mirror’s reflection. 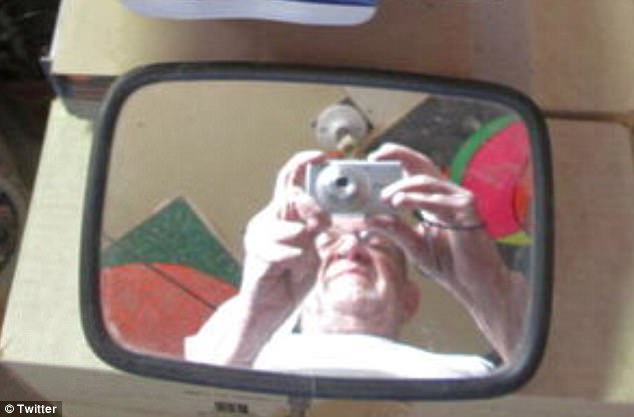 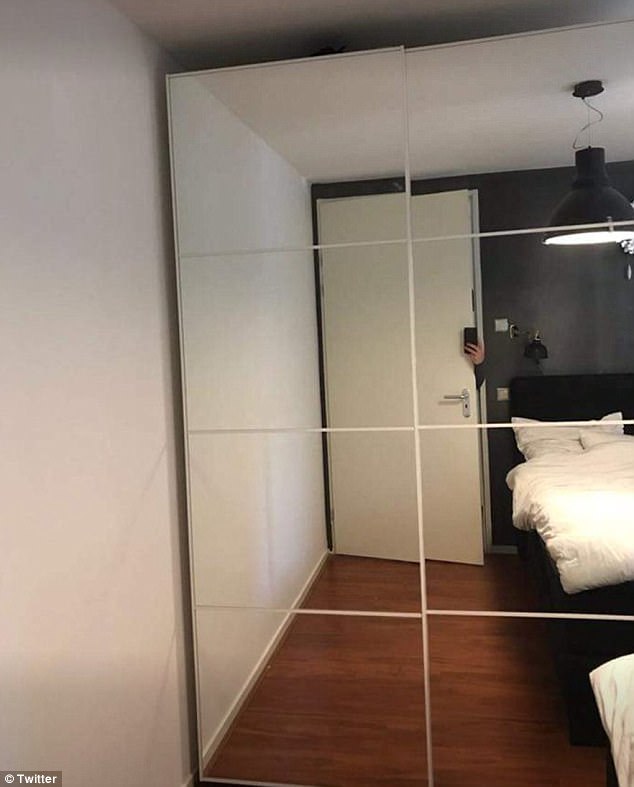 Good try: This person hid behind a bedroom door while taking this snapshot 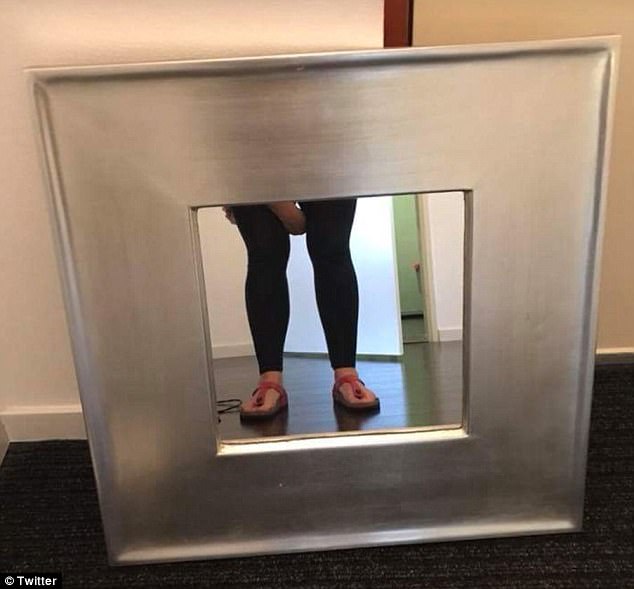 Always something: One woman failed to hide her feet in this photo of a silver mirror 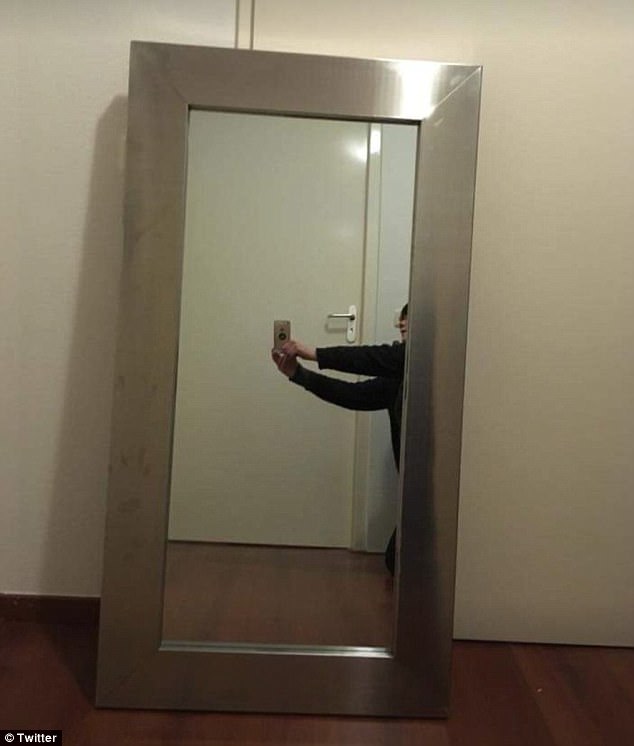 Lean in: It looks like this person had a tough time taking this snapshot of a full-length mirror 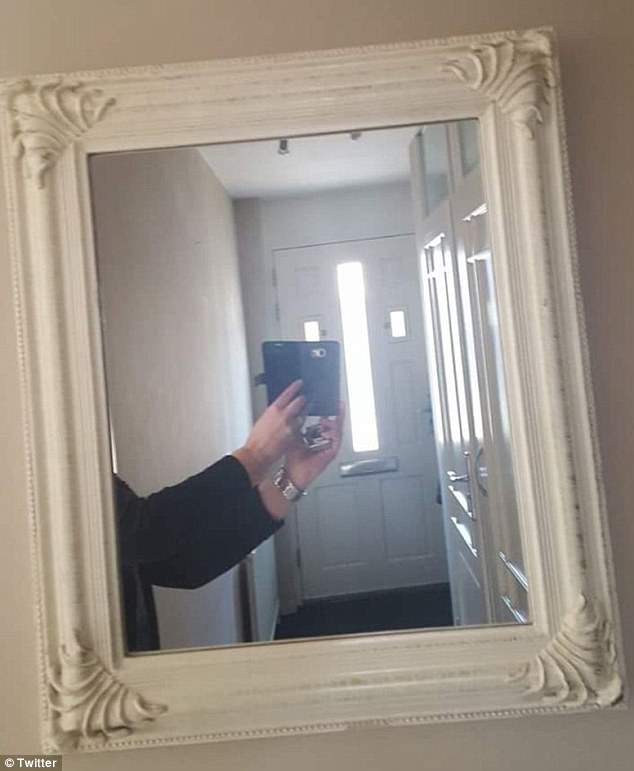 Stealthy: One woman tried her best to get this picture of the mirror in her entryway 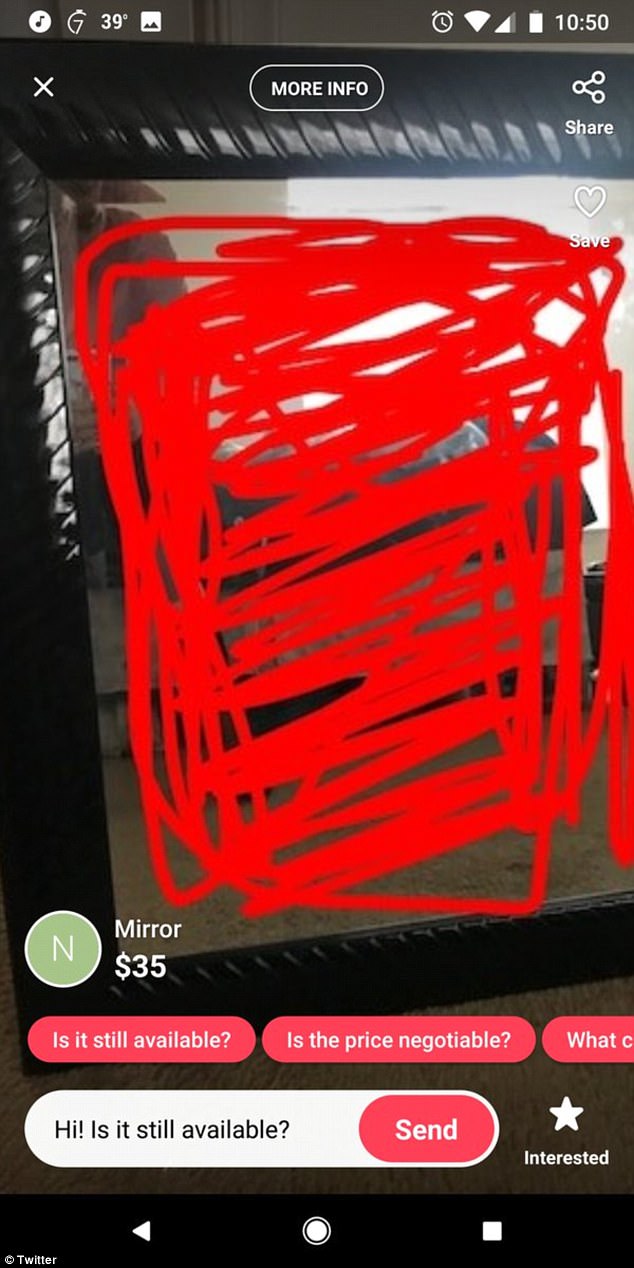 Feeling self-conscious? A man name Charles came across this online ad that features red scribble over the seller’s reflection

There were also plenty of people who tried leaning over to take their mirror photos, but their hands, arms, and portions of their bodies were still captured in the frame.

Others hid behind doors and door frames, leaving only their hands and cellphones on display in the mirrors.

Siv’s posts inspired other people to start sharing similar images that they have come across — with equally hilarious results.

While sharing a photo of an old man using a digital camera to take a photo of side mirror on his car, a Twitter user named Robbie wrote: ‘Found my new hobby.’

And someone named Charles Cody posted a screenshot of an online ad for $35 mirror that features red scribble over the seller’s reflection.