Would YOU eat any of them? Twitter users share the weirdest food combinations that are actually delicious – including fries dipped in Nutella and pizza with icing sugar

There are some foods that go together perfectly, like pork and apple, or chicken and mayonnaise.

But some adventurous foodies have tested the boundaries of what flavours work well together, as a viral Twitter thread reveals.

Social media users who have experimented in the kitchen shared their favourite weird food combinations online, and some of their suggestions for delicious snacks sound as if they would churn most peoples’ stomachs.

From hot fries dipped in Nutella, to pizza sprinkled with icing sugar, these are the most bizarre concoctions people have created that they say are oddly delicious.

You’ll never know if they work until you try – so would you be willing to eat some of these strange snacks?

Would you eat this combination? This Twitter user says rice with sliced bananas is her go-to meal but someone people might find the pairing off putting 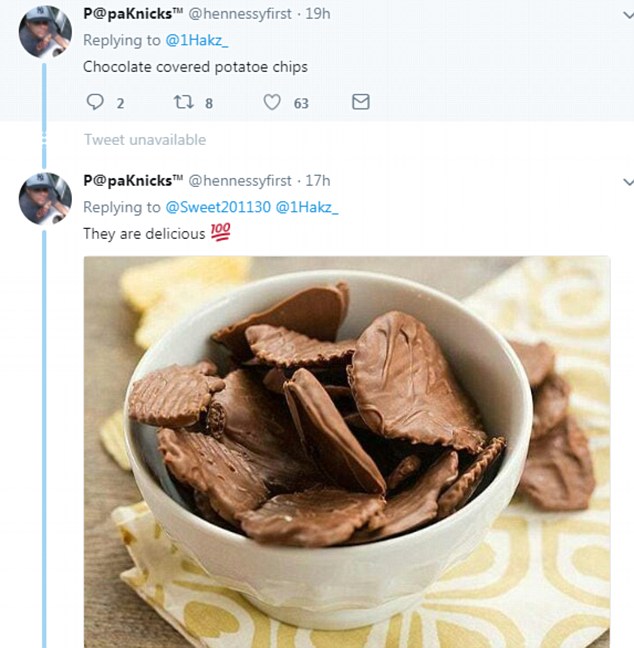 Would you eat any of these combinations? Pretzels with cream cheese is the least wacky of the three, but not many people would even attempt to try pizza with icing sugar 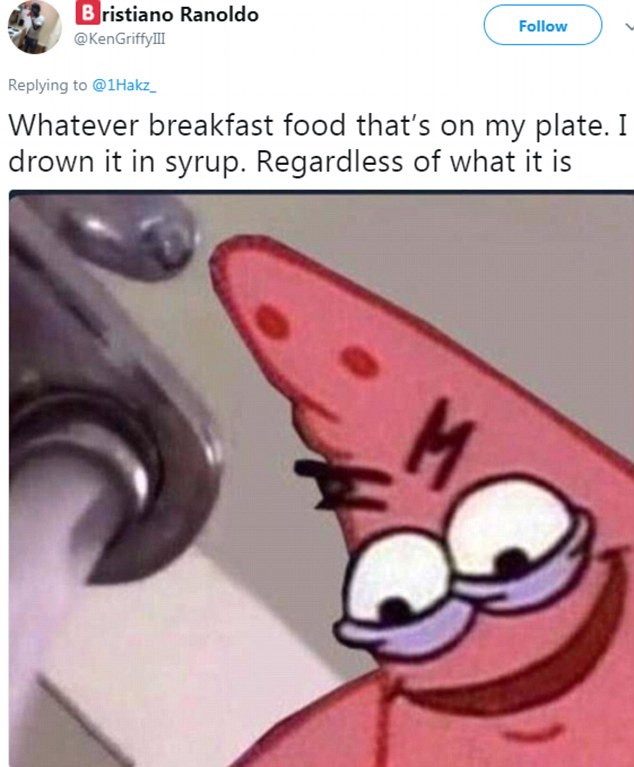 This maniacal Twitter user pours maple syrup over every and any breakfast item, not just pancakes, including bacon, sausages, tomatoes, beans and anything else that comes on a plate 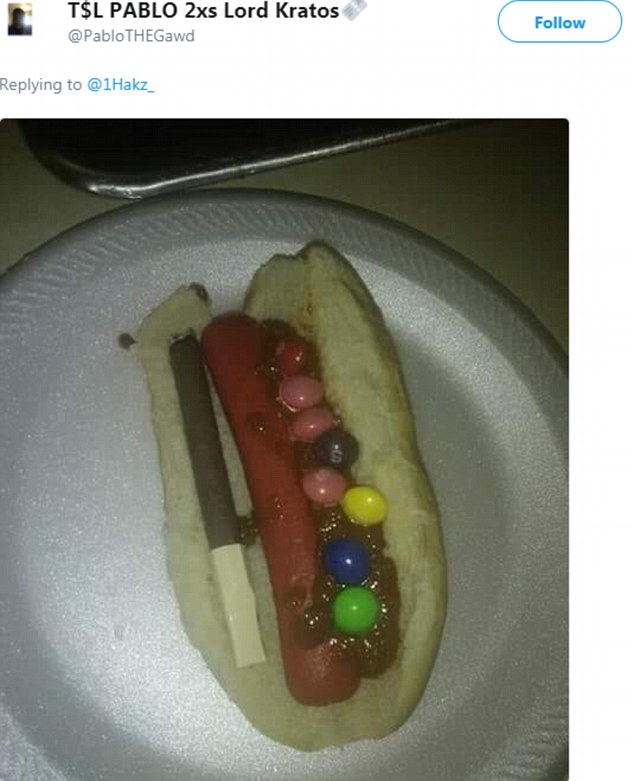 This Twitter user snapped a photo of his very odd food combination of a hot dog sausage covered in melted chocolate, Skittles and a another stick of chocolate sandwiched between potato bread 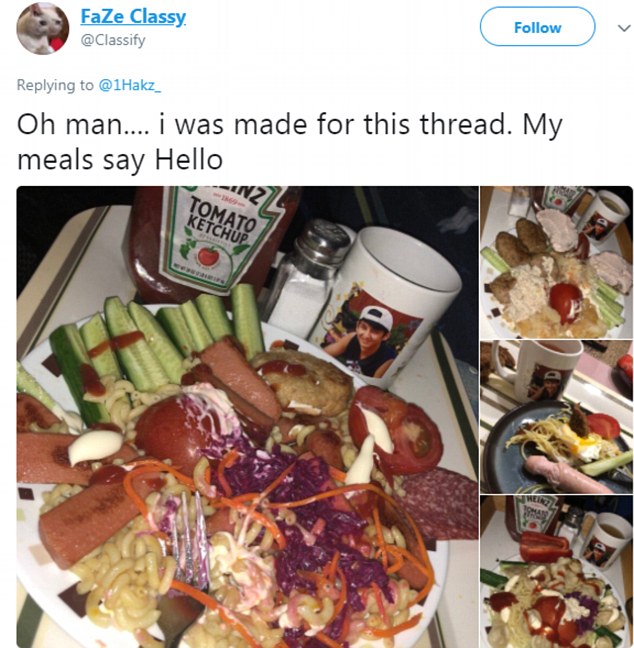 It’s hard to tell what this mess of a meal actually is but it looks completely vile – yet this Twitter user says it a delicious combination of what appears to be pickle, sausage meat, pasta, and assorted vegetables

Would you eat any of these odd snacks? From ice cream with French fries to rice and apple sauce, these combinations are far from classic but these Twitter users say they work