Twitter users have been left swooning over Zac Efron’s rugged appearance and toned physique in his new Netflix travel show.

Docu-series Down To Earth sees the High School Musical star, 32, set off across the globe to learn about the unusual techniques different communities use to maintain environmental sustainability.

But if the reaction on social media is anything to go by, viewers are tuning in to admire the actor’s appearance – rather than the beauty of nature.

‘As I grow older, Zac Efron evolves into exactly my type every season of my life. Bless,’ enthused one, while a second gushed: ‘Zac Efron has been consistently beautiful for my entire life and i just dont know how he does it.’

Zac Efron, 32, has sent the nation into meltdown due to his more rugged appearance in new Netflix travel show Down To Earth (pictured) 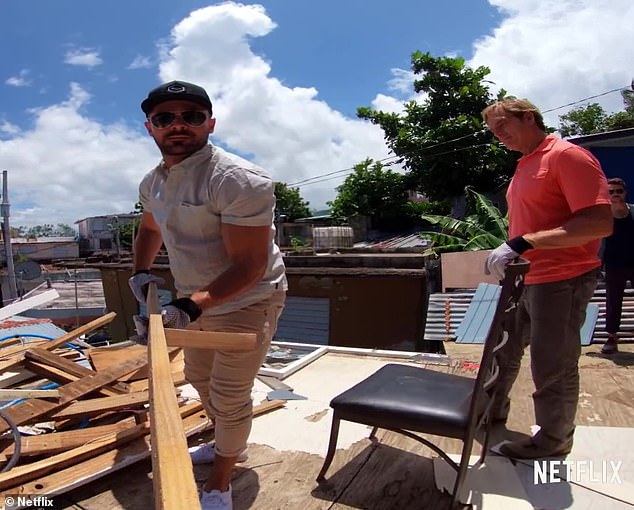 In his new travel show, actor Zac Efron (pictured) journeys around the world with wellness expert Darin Olien in search of healthy, sustainable ways to live 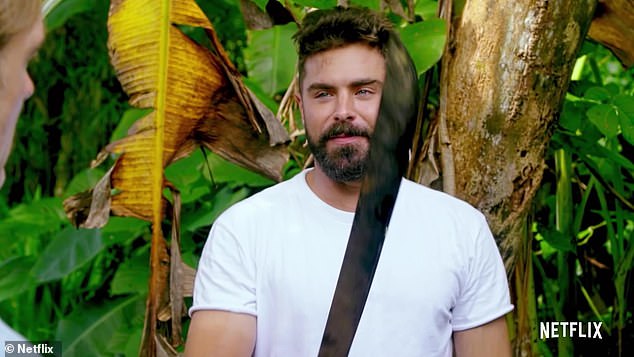 Taking to Twitter, one person wrote: ‘As I grow older, Zac Efron evolves into exactly my type every season of my life’ (pictured)

‘I have no idea why Zac Efron of all people is hosting a food show but I do know it’s worth it because he’s shirtless, proceed accordingly.’

It comes after reports the star is making every effort to dodge the spotlight while laying low in Byron Bay, New South Wales.

Zac who has reportedly been living in the coastal town for months, posted to Instagram for the first time since early June on Monday – but conspicuously chose to tag his location as ‘around the world’. 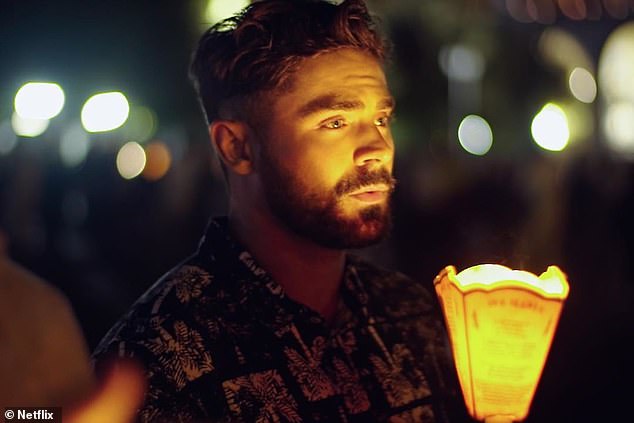 Dodging the spotlight: Zac Efron, 32, returned to Instagram for the first time in a month by uploading this photo on Monday, but conspicuously chose to tag his location as ‘around the world’ rather than his actual whereabouts in Byron Bay, New South Wales 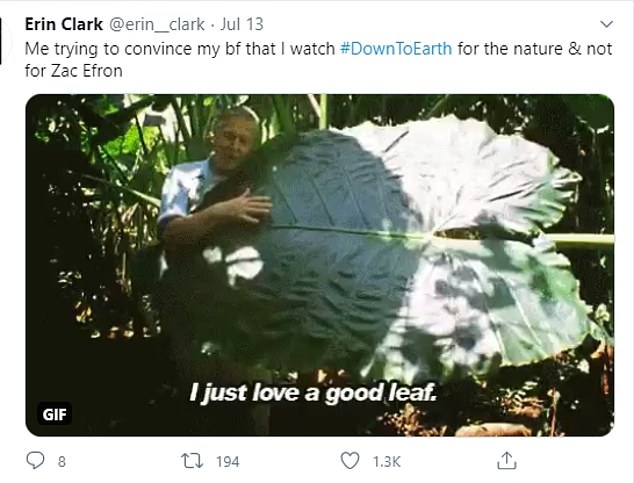 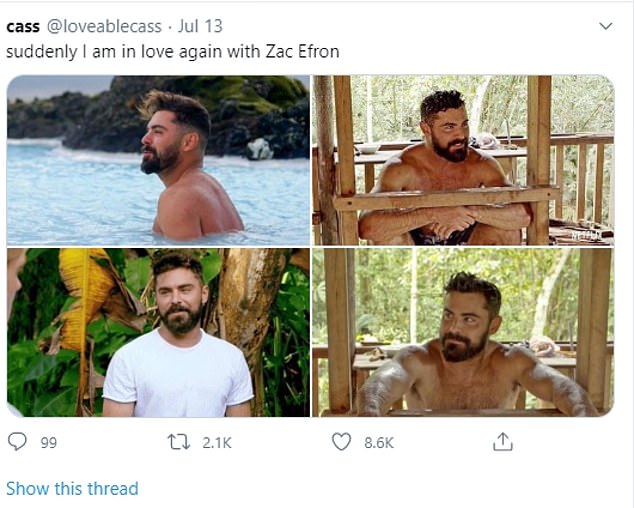 Another viewer joked: ‘Zac Efron is a feather and by father I mean please father my children’ (pictured)

Zac – who is currently in the midst of rumours that he’s in talks to appear in the Australian version of I’m A Celebrity… Get Me Out of Here! – proceeded to tag the show’s producers Michael Simkin and Brian Volk-Weiss, his co-star Darin Olien, and Jason Barrett – Zac’s manager and close friend.

And it seems the nation can’t get enough of the Hollywood actor’s more rugged appearance in the show – along with his impressive physique.

‘Me trying to convince my bf that I watch #DownToEarth for the nature & not for Zac Efron,’ commented one, while a second penned: ‘I am all here for the new thicc and scruffy Zac Efron!

A third commented: ‘Zac eEfron’s goofy a** travel show about sustainability is exactly the hot boy content™️ i needed rn.’

Meanwhile, a fourth joked: ‘ZAC EFRON ???? IS A FATHER AND BY FATHER I MEAN PLEASE FATHER MY CHILDREN.’