In the missive, Trump lashed out against North Korea with a thinly veiled threat over Twitter, but the company said it wouldn’t be suspending the President’s account because what he says is newsworthy and ‘of public interest.’

President Trump Saturday night took to the social media platform to antagonize the leadership of North Korea, tweeting ‘Just heard Foreign Minister of North Korea speak at U.N. If he echoes thoughts of Little Rocket Man, they won’t be around much longer!’

Those familiar with Twitter’s user policy were quick to call out the social platform giant for not suspending Trump for violating their policy of making ‘violent threats (direct or indirect)’ which ‘can be grounds for temporary or even permanent suspension.’

The mounting pressure from disgruntled users forced Twitter to address the discrepancy in enforcing rules for the average user and the president’s account in a series of Tweets on Monday.

‘We hold all accounts to the same Rules, and consider a number of factors when assessing whether Tweets violate our Rules. Among the considerations is ”newsworthiness” and whether a Tweet is of public interest.’

‘This has long been internal policy and we’ll soon update our public-facing rules to reflect it,’ Twitter added. ‘We need to do better on this, and will.’

The 140 character statement added in several tweets: Twitter is committed to transparency and keeping people informed about what’s happening in the world. We’ll continue to be guided by these fundamental principles.’

Twitter co-founder and CEO Jack Dorsey also said they ‘will do better’ and the company is committed to ‘increasing our transparency.’ 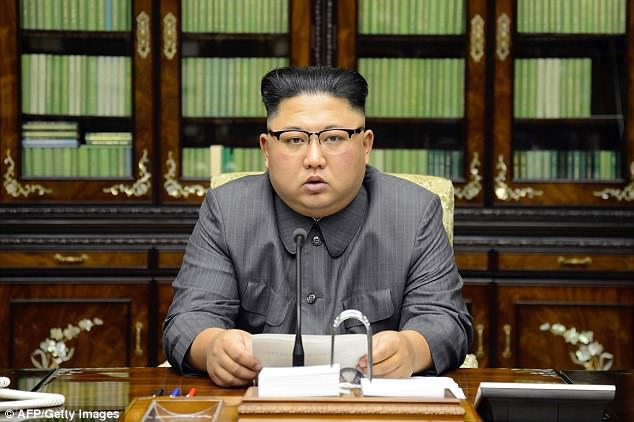 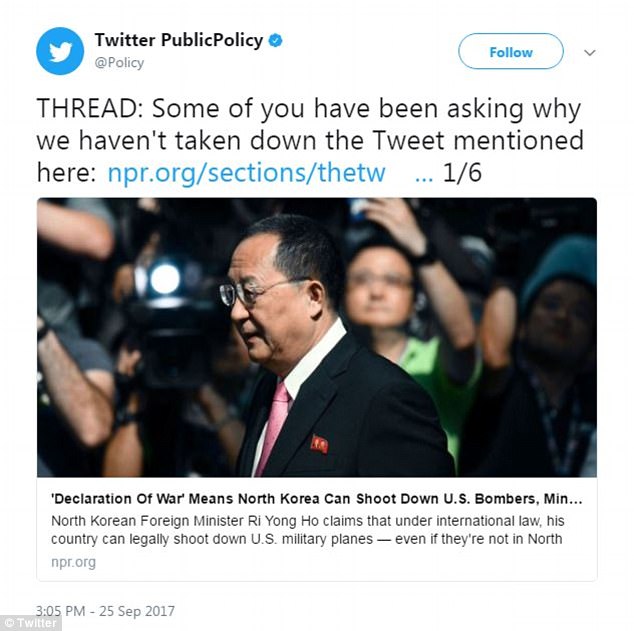 Some users thought the policy was unfair. One user noted: ‘So, the tweet could be a threat from Trump, but because he’s POTUS, it remains? Sounds inconsistent and biased.’

‘Since the United States declared war on our country, we will have every right to make countermeasures, including the right to shoot down United States strategic bombers even when they are not inside the airspace border of our country,’ Ho said.

‘The question of who won’t be around much longer will be answered then,’ Ho added.

Calls on the company to curtail Trump’s use of the platform are not new.

The company has said in the past that it doesn’t comment on individual accounts, but it has cited the importance of hearing from leadership in order to hold people accountable.

Trump’s account wasn’t affected in July, when Twitter announced that it was taking action, including suspensions, on 10 times the number of abusive accounts than it did a year before.

With few of the normal contacts that grease the wheels of interaction between two countries — no embassies, infrequent chances for diplomats to meet — the US and North Korea often conduct their relationship in full public view.