Two Amtrak trains carrying 485 passengers were stranded for nearly 24-hours due to flooding in Wisconsin on the line that operates between Chicago, Portland, Oregon, and Seattle.

The Empire Builder trains are now finally on their way to their destinations but stranded passengers vented their reasonable frustrations over social media. 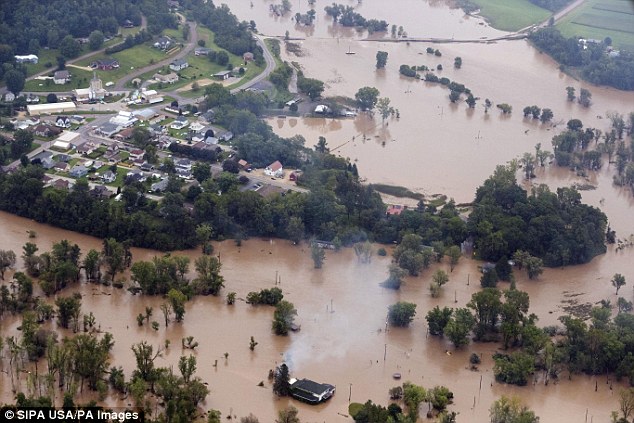 A trailer home smolders (foreground) while floodwaters cover a large area Tuesday in the Vernon County municipality of Chaseburg, Wisconsin, Massive flooding caused two Amtrak trains to be stranded for over 24 hours in the state 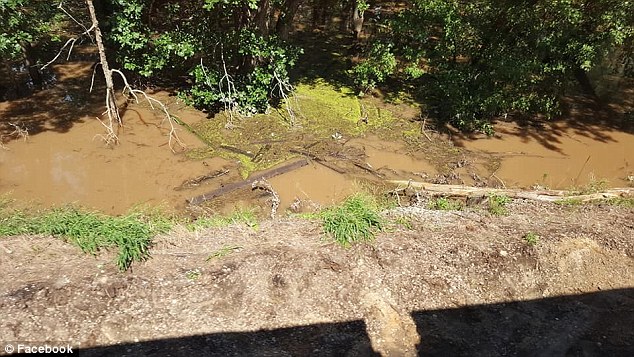 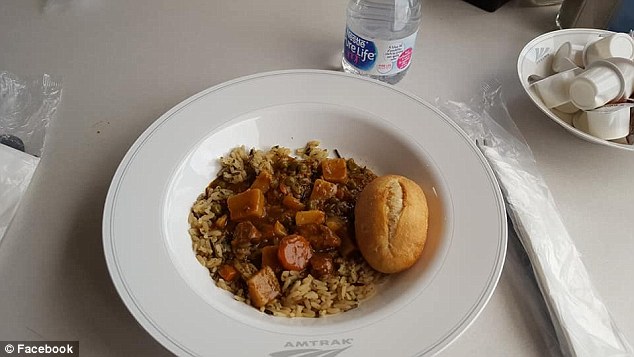 Well if you’re going to get stuck for 24 hours on a train, at least you can get complimentary food. Amtrak provided the travel worn passengers with food and drink during the arduous weather related delay 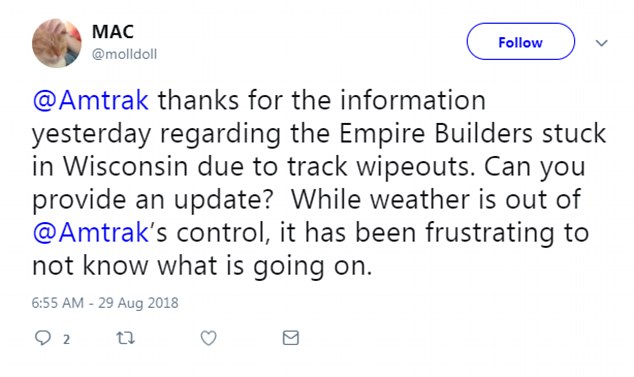 ‘Road closures and continuing heavy rain have hampered the initial repair work that freight railroad crews need to perform in order for the track to return to service,’ Amtrak said, according to ABC News.

Meanwhile Amtrak provided food and beverage to the passengers on the trains designed for overnight travel, some hungry travelers seemed to think they should have brought some more food.

Amtrak had been providing food and beverage service for passengers on both trains, which are designed for overnight travel, the company said, adding that there have been no injuries.

Not everyone was happy however with the rail service’s response to the frustrating situation.

One person took to Twitter saying not enough information was getting through to people who were stuck on the trains for the extended period of time.