Two Baltimore cops are wounded in shootout with suspect

Two police detectives have been injured and a suspect killed in a Baltimore shooting which happened while the officers were carrying out an arrest warrant.

The incident unfolded at around 12.15pm on a residential street on the outskirts of the city.

The suspect was a former corrections officer who recently left his job, according to Governor Larry Hogan, and was wanted for attempted murder in Pennsylvania.

When police – including the two detectives – showed up at the address, he opened fire. 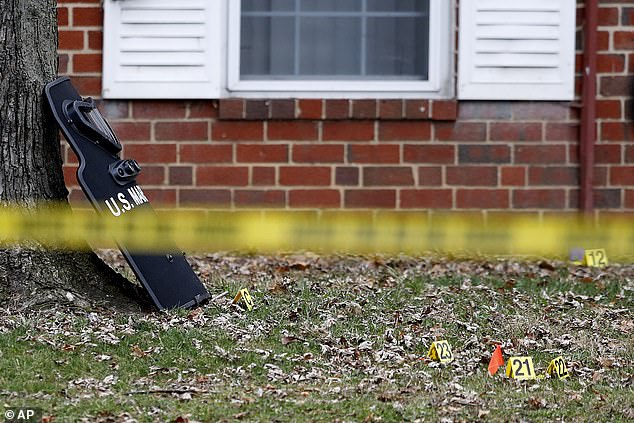 He was then killed in the gunfight.

It is unclear how serious their injuries are. 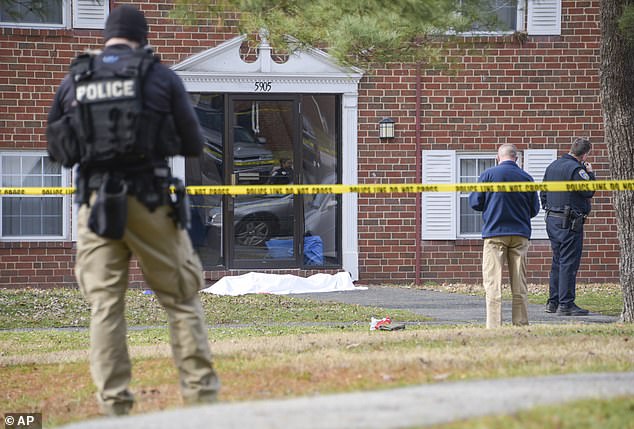 The suspect’s body lying outside the front of the building. He was killed after opening fire

Governor Hogan called the incident ‘very frustrating’ and said the cops were just trying to do their jobs.

Mayor Bernard C. Jack Young said: ‘I am so very thankful for our officers that step in the line of danger every day to keep our city and residents safe.

‘My prayers are with the officers and their families. Our officers are engaged daily with dangerous work and they willingly put their lives at risk so that we all might have a safer Baltimore.

‘We’d like to thank all of the members of our law enforcement community.’ 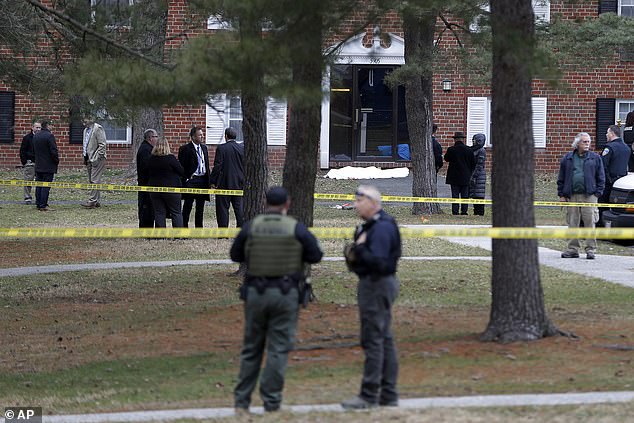