Two bear cubs stuck in a dumpster rescued with ladder

A video shows the moment a woman spots two bear cubs trapped inside a dumpster in Minnesota.

The cubs had climbed in looking for food and the woman found them playing in the trash.

The video shows the woman gently trying to coax them out, but the cubs appear to be stuck. 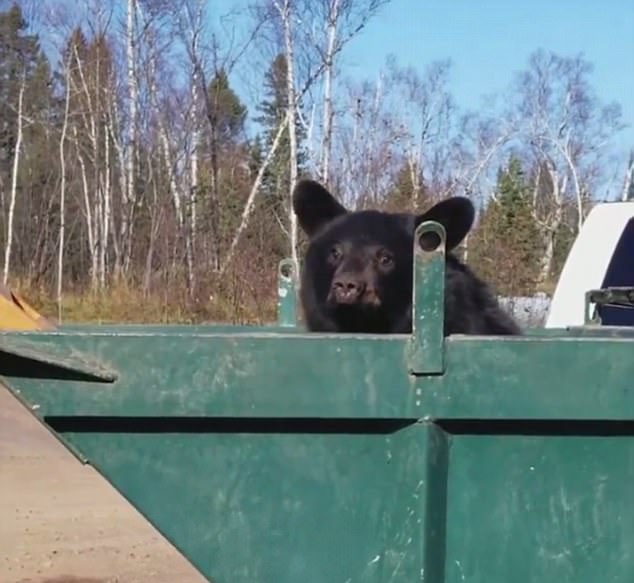 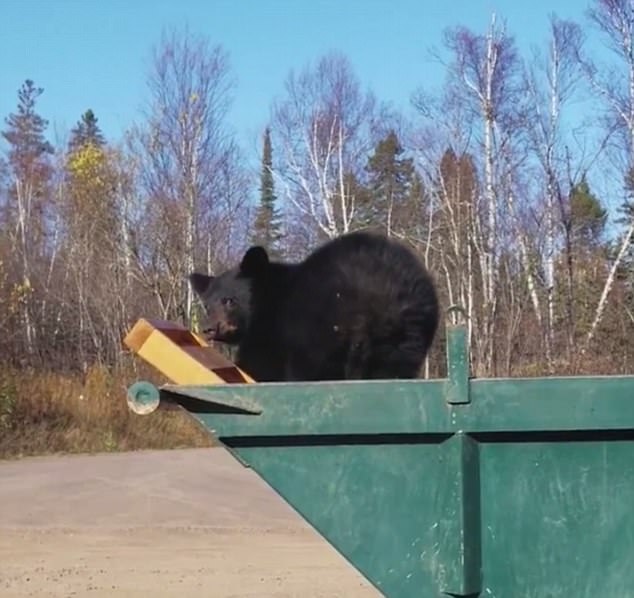 As a crowd gathers, the woman continues trying to encourage the cubs to leave the dumpster.

Realizing the baby bears can’t get out, the group places a small ladder inside the dumpster for them to climb out.

One cub quickly scampers up the ladder, takes a look around, then hops down and runs off. 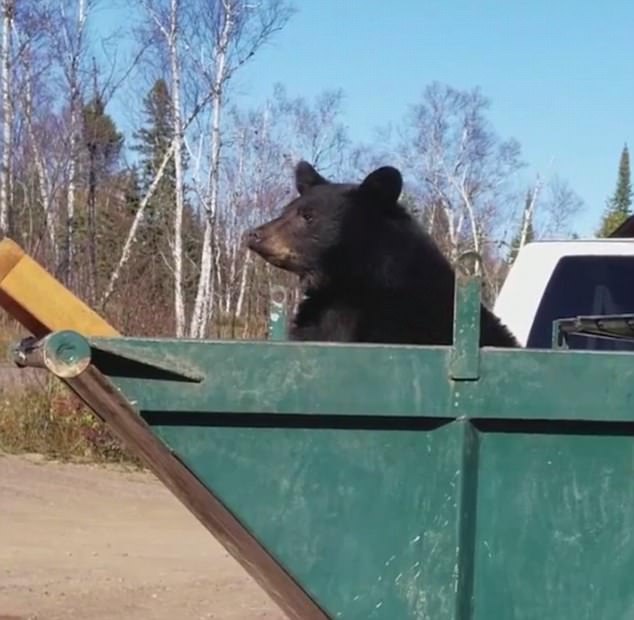 The second cub took a bit more encouragement, and initially went back in the dumpster after climbing up 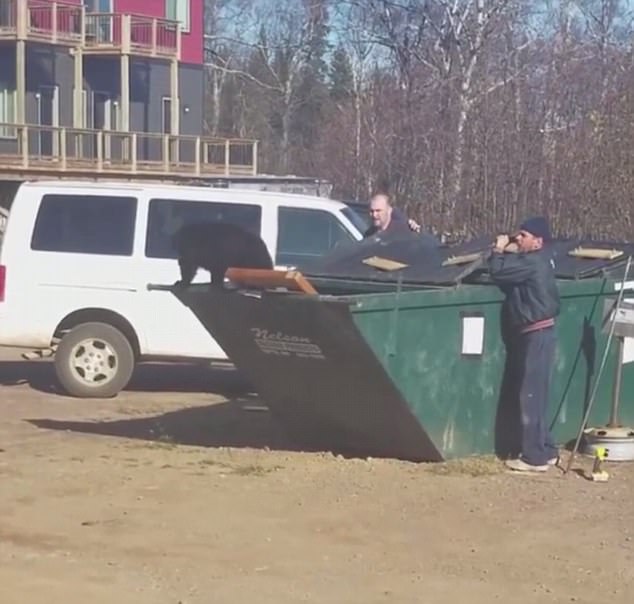 With some help from its human friends, the cub was able to climb up the ladder and leave the dumpster

The second cub is a little more hesitant. It climbs up the ladder and takes a peek, but then gets nervous and retreats back into the dumpster.

With some encouragement, the group is able to get the cub to adventure outside. It then jumps out of the dumpster and runs off in pursuit of its sibling.

The video was filmed in Lutsen, Minnesota, on October 25.