Revealed: Two boys, 15, and two 14-year-old girls were in black Audi stopped by armed police in dramatic swoop that saw officers smash their way in with AUTOMATIC RIFLE

By Sophie Law and Jack Elsom For Mailonline

A stolen Audi which armed police broke into with an automatic rifle after a horrifying high-speed chase was being driven by four teenagers, Scotland Yard has revealed.

Two 15-year-old boys and two 14-year-old girls fled from officers in Enfield this morning before finally being stopped by firearm officers in Langston Road, Loughton.

Police had originally approached the teenagers in connection to a north London knifepoint robbery on Friday.

But when they sped off – ramming into other motorists as they fled – officers gave pursuit with the assistance of a helicopter before bringing the chase to a dramatic conclusion, ending with the youngsters’ arrest.

In a video, officers are seen throwing a spike strip onto the ground as marked cars descended onto the scene.

The driver swerves and smashes into surrounding vehicles to escape as police can be heard screaming ‘get your hands up’ and ‘get on the floor’.

One armed officer eventually uses his gun to smash the window of the car before a man is dragged from the vehicle.

Three more people were pulled from the backseat of the car as a helicopter circled overhead.

The two 15-year-old boys were arrested on suspicion of aggravated taking and driving away of a vehicle.

The two 14-year-old girls were arrested on suspicion of possession of a bladed article and allowing themselves to be carried in a vehicle taken without consent.

All four were taken to police stations where they remain in custody. 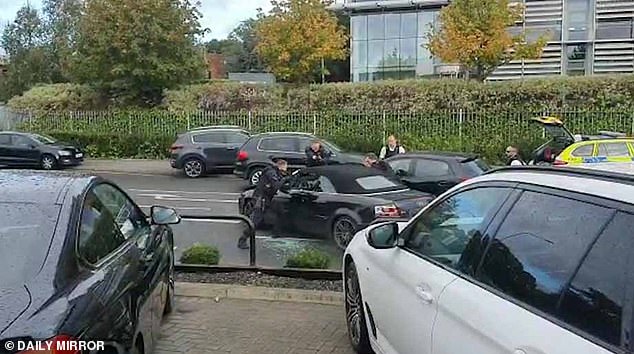 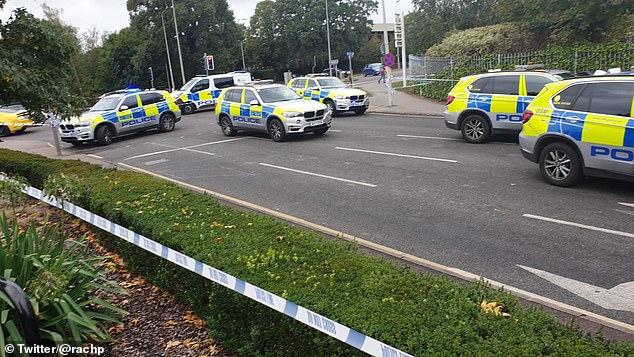 In a statement, the Metropolitan Police said: ‘Four teenagers have been arrested by police officers investigating a knifepoint robbery in north London.

‘At approximately 9.25am on Saturday, 28 September, officers attempted to stop a car in the Enfield area in connection with an ongoing investigation into a knifepoint robbery the previous day in north London.

‘The vehicle failed to stop for police. A pursuit was authorised with the support of the National Police Air Service.

‘The suspect car collided with a number of vehicles before being stopped on Langston Road in Loughton.

‘There were no reported injuries and the occupants of the car were arrested.’ 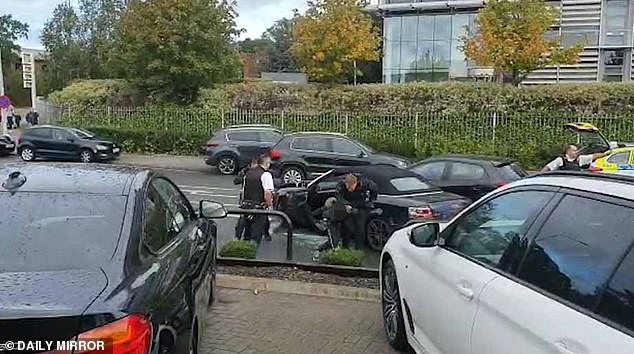 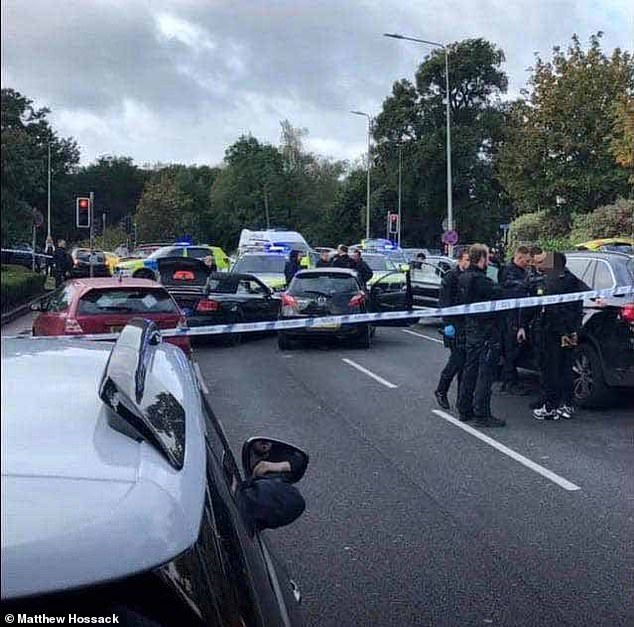