A mother has revealed her child’s heartbreaking words after contracting a rare polio-like illness that may leave him paralyzed forever.

Two years ago, Sebastian Bottomley, seven, came down with a common cold. But soon he developed muscle weakness, and eventually was left completely paralyzed.

This year, at least 72 children in 22 states have been diagnosed with AFM and another 83 are being investigated.

Despite undergoing more than 2,000 hours of physical and occupational therapy, Sebastian remains stuck in a wheelchair and unable to walk – a situation that has frustrated and exhausted him.

‘Occasionally he says things like: “Mom, why can’t I just walk like everybody else does without all this work?”,’ his mother, Christa, told CBS News.

Two years ago, Sebastian Bottomley, seven (pictured), of York, Pennsylvania, also had symptoms resembling a cold and was diagnosed with AFM 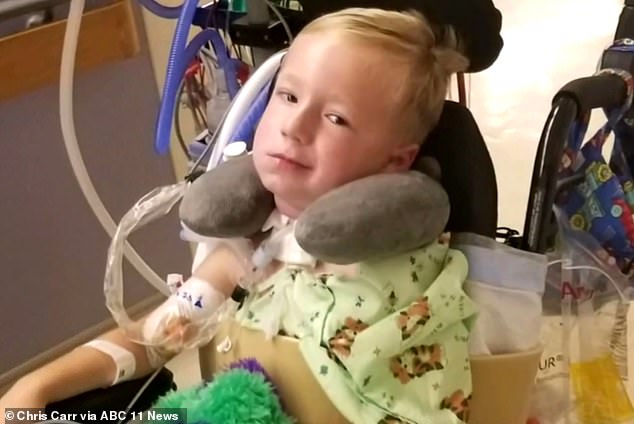 Camdyn Carr, four (pictured), of Roanoke, Virginia, came down with a cold in August. Within two weeks, he was paralyzed and was diagnosed with acute flaccid myelitis (AFM)

Her words come as another mother of a child diagnosed with AFM reveals that his ordeal with the condition has left him crying in his hospital bed.

Soon after Sebastian began sniffling in August 2016, he started displaying muscle weakness. Then, he couldn’t move any body part below his neck.

After a battery of tests, doctors finally diagnosed him with AFM.

Sebastian has had to undergo numerous surgeries and he’s been hospitalized more than 200 times in the last two years.

However, after 2,000 hours of physical and occupational therapy, Sebastian is finally able to dress himself, feed himself, stand up and use the restroom

‘I can walk, I can move my arm and I can like, kneel, and I can scooch on the floor up and down stairs,’ Sebastian told WJZ13. 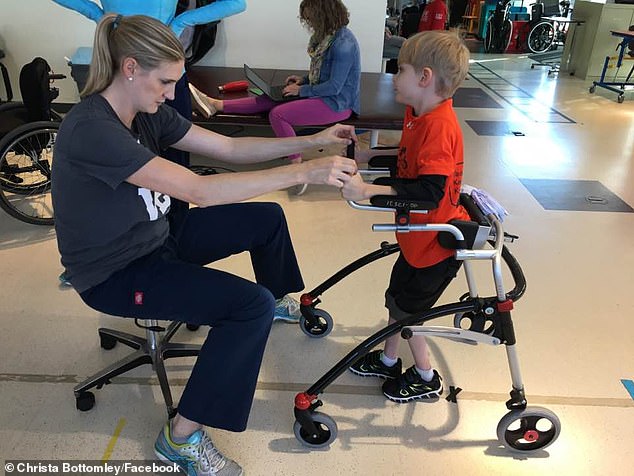 Sebastian has undergone three surgeries and 2,000 hours of physical and occupational therapy. Pictured: Sebastian relearning how to walk 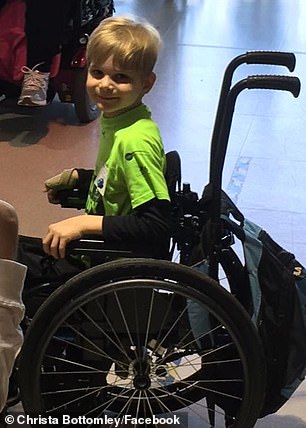 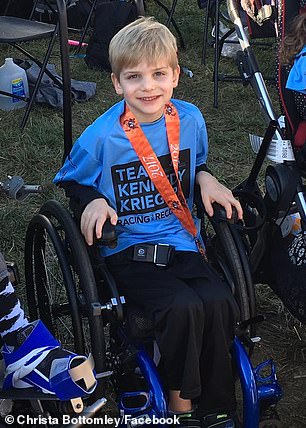 He is finally able to dress himself, feed himself, stand up and use the restroom. However, he has been left confined to a wheelchair (left and right) since his diagnosis

After 2,000 hours of physical and occupational therapy, Sebastian is finally able to dress himself, feed himself, stand up and use the restroom

‘He’s been hospitalized almost 200 days in the past two and a half years,’ Christa told the newspaper.

However, he still gets around in a wheelchair and relearning to walk has been a difficult journey.

Camdyn Carr, four, of Roanoake, Virginia, has also been left frustrated by his slow progress that often leaves him crying in his hospital bed.

For Camdyn, it started out as a common sinus infection. However, just two weeks later, the entire right side of his body was paralyzed.

Just 24 hours after that, he was completely unable to move or speak.

Doctors at the University of Virginia Health System told Camdyn’s parents, Chris Carr and Brittany Hoff, that he had AFM. 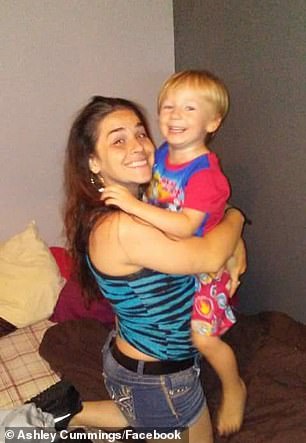 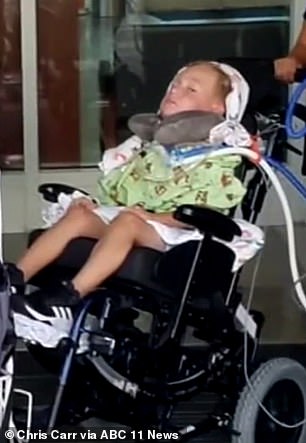 Camdyn (before AFM, left, and after AFM, right) is unable to breathe on his own and has had a trach inserted. He is undergoing intense therapy but is unable to speak and is only able to wiggle his fingers and toes, and move only one leg 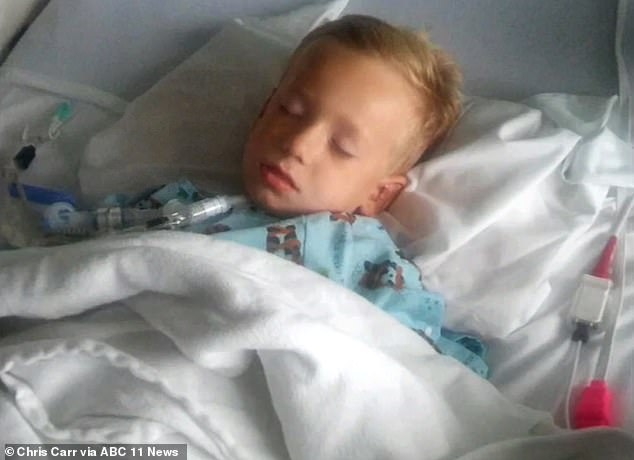 At least 72 children in 22 states have been diagnosed with AFM and another 83 are being investigated. Pictured: Camdyn in the hospital

Currently, Camdyn is at the Kennedy Kreiger Institute in Baltimore, Maryland, where he is undergoing intense physical therapy and he is expected to remain there until December 18.

‘[Doctors] said that he will never recover. For the rest of his life – paralyzed,’ said Hoff.

Currently, he is unable to speak and is only able to wiggle his fingers and toes, and move only one leg.

‘He seems okay sometimes, but there are a lot of times where he’s crying,’ Chris Carr told WSET. ‘And I know it’s because he can’t speak.’

A GoFundMe page has been set by Camdyn’s family to help cover expenses once he goes home. So far, more than $3,200 of an initial $3,000 goal.